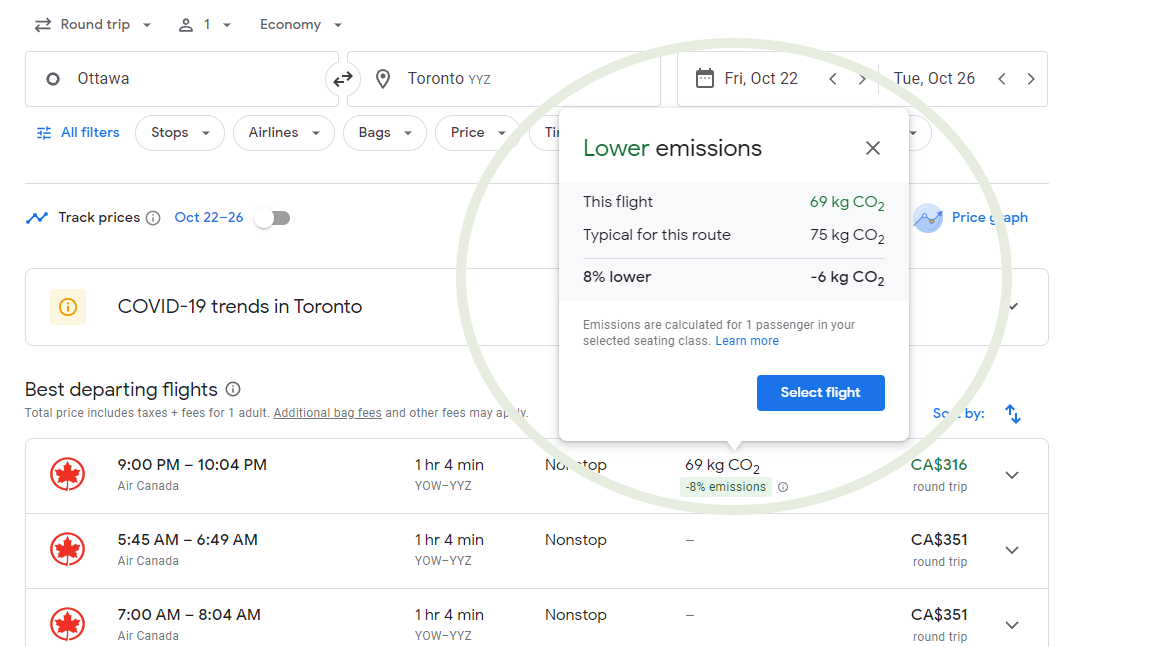 Google is updating its flight and hotel search tools to include information about CO2 emissions and sustainability commitments.

Starting today, every Google Flights listing now features a note next to its price detailing the estimated CO2 emissions for that particular flight, compared to the usual amount of CO2 emissions produced on the route being flown.

If a flight boasts a lower-than-average emission rate, a green badge is displayed.

According to Google, the CO2 metrics are seat-specific, with emissions for business and first class generally being higher because “they take up more space” in the plane.

Travelers can also check if the hotel they stay at upon landing is eco-friendly using Google’s recently updated hotel search tool.

On September 22nd, Google added badges to indicate whether a hotel is eco-certified, as well as details about each hotel’s sustainability practices — for example, the famous Château Laurier in Ottawa boasts energy-efficient lighting, a towel and linen reuse program, and locally sourced food. 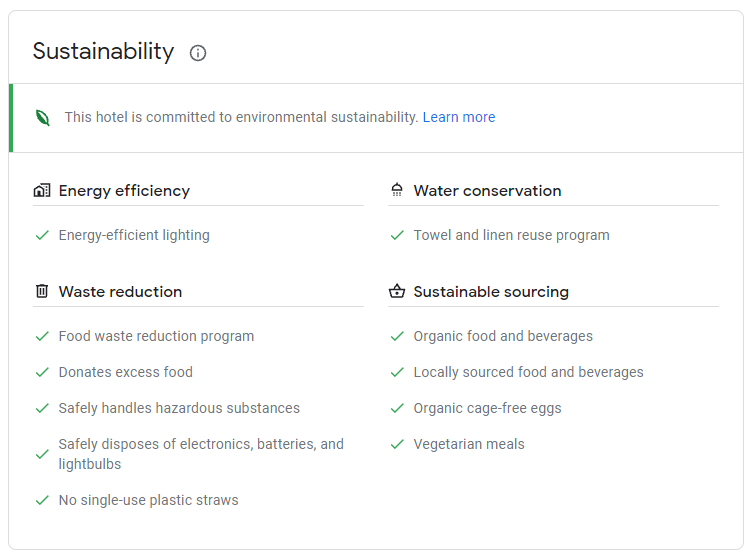 The new eco-focused flight and hotel search tool features are available to Google users in Canada and globally.

Google also announced today that it plans on improving the results in its regular search engine when people ask about ‘climate change.’