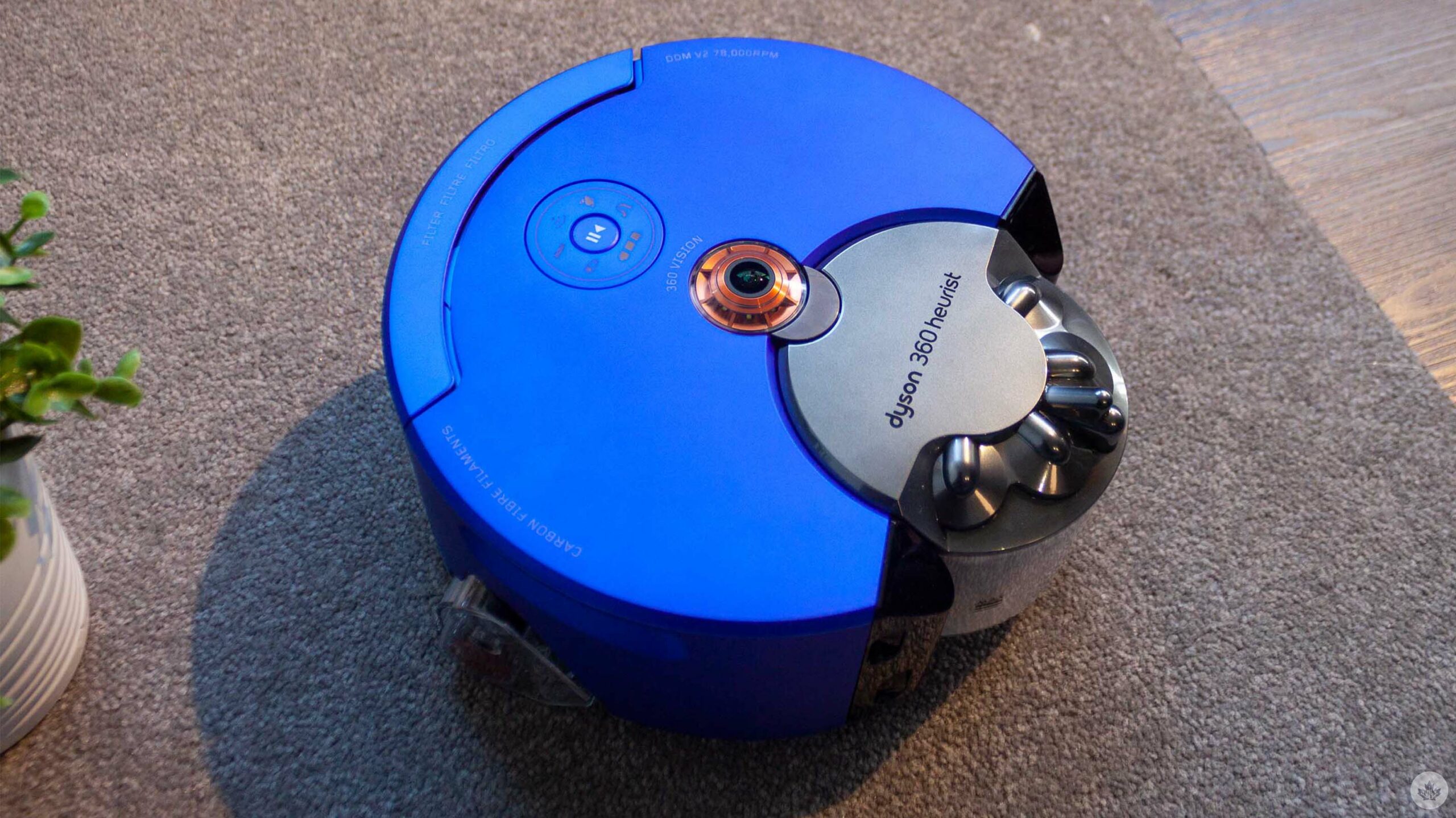 It looks like Dyson has a new robot vacuum incoming, according to pictures included in a filing with the FCC.

Spotted by The Verge, this new, unnamed Dyson robot vacuum sports the same striking blue colour as the company’s previous robot, the 360 Heurist (pictured above). The charging dock also sports the blue instead of the white colour with the Heurist. The top-mounted camera also returns — Dyson previously told me the camera allows the robot to navigate like a sailor looking at the stars.

Hopefully, this unnamed Dyson robot does a better job at star-based navigation than the 360 Heurist did (RIP Stargazer).

Besides the colour and camera, the new Dyson robot is a significant departure from the 360 Heurist. For one, it’s not a circle like before and now features a squared-off edge with a larger cylindrical brush. The Verge describes the flat edge as the rear, but the pictures make it look more like the front of the robot — that would also be a significant change from the Heurist, which has the dust-bin at the front and the brush bar towards the back. 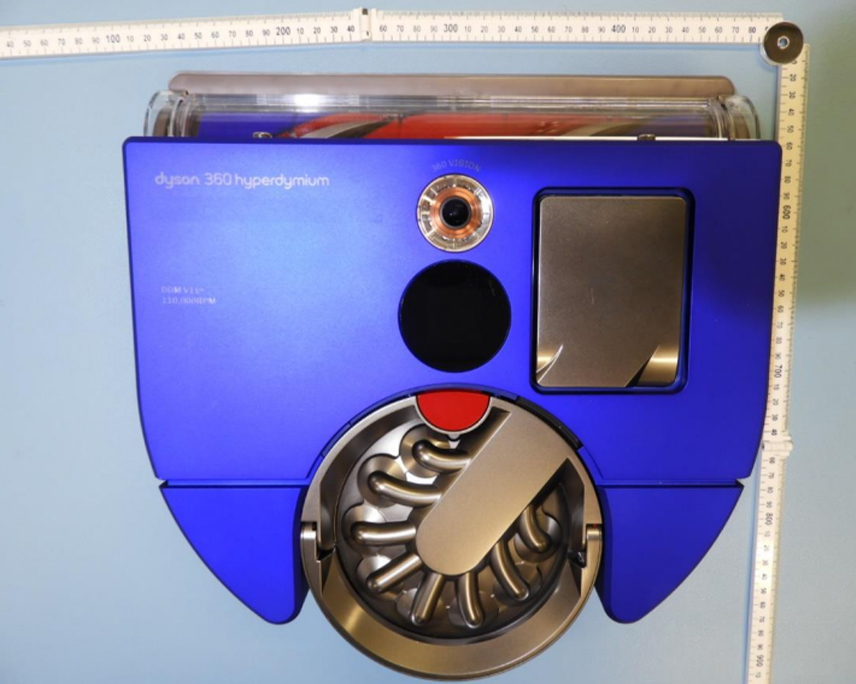 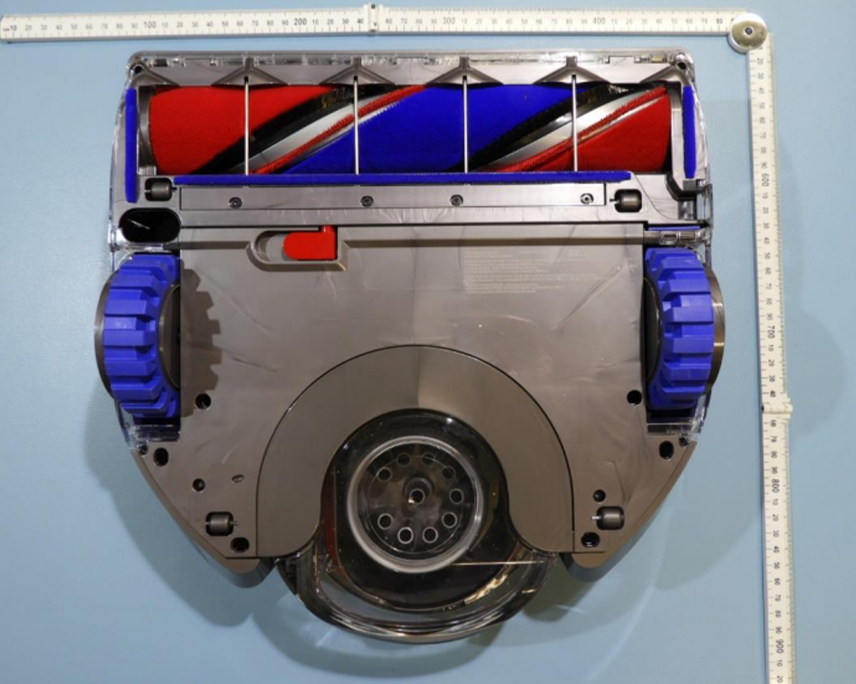 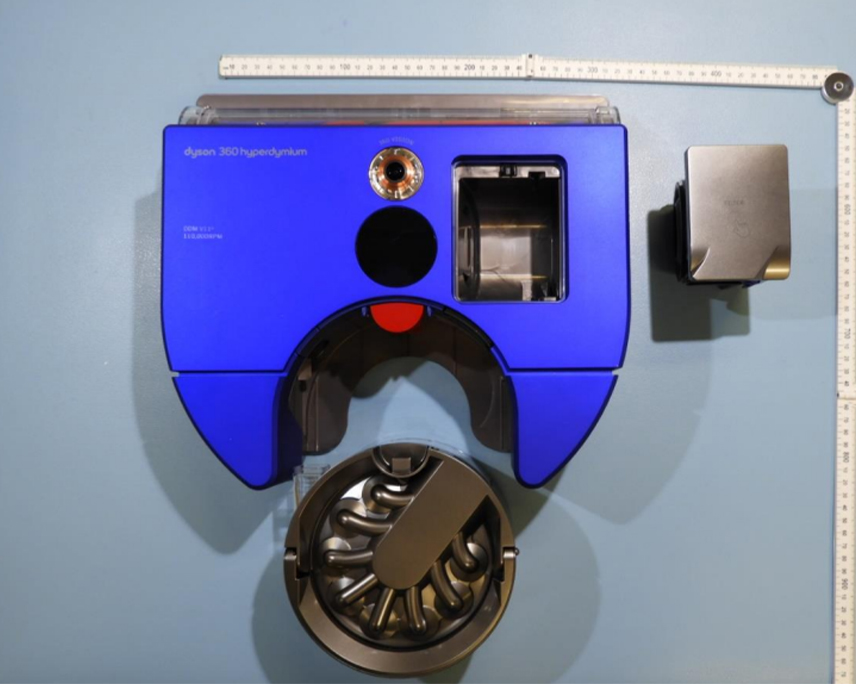 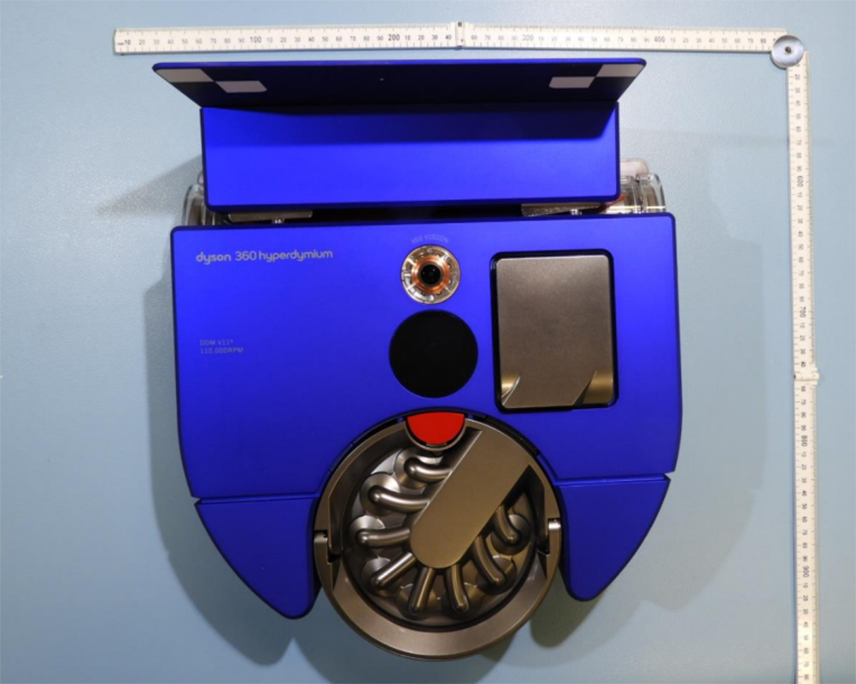 More importantly, the new robot appears shorter than the 360 Heurist. It’s hard to tell just from these FCC pictures, but if it is shorter, it could get under some furniture for a more thorough clean. The 360 Heurist was quite tall for a robot vacuum and often couldn’t go beneath some furniture.

Branding on the top of the unnamed robot indicates it features Dyson’s new ‘Hyperdymium’ motors, which the company also included in its latest stick vacuums.

The robot appears to have a removable section of tubing, which should be helpful in clearing any clogs.

All in all, the new Dyson robot looks like it could be a significant upgrade over the 360 Heurist. Still, it appears the new robot won’t be able to self-empty like several of iRobot’s Roomba robot vacuums. That’s unfortunate, since not having to empty the robot every few runs is a welcome benefit, in my opinion.

Source: FCC Via: The Verge