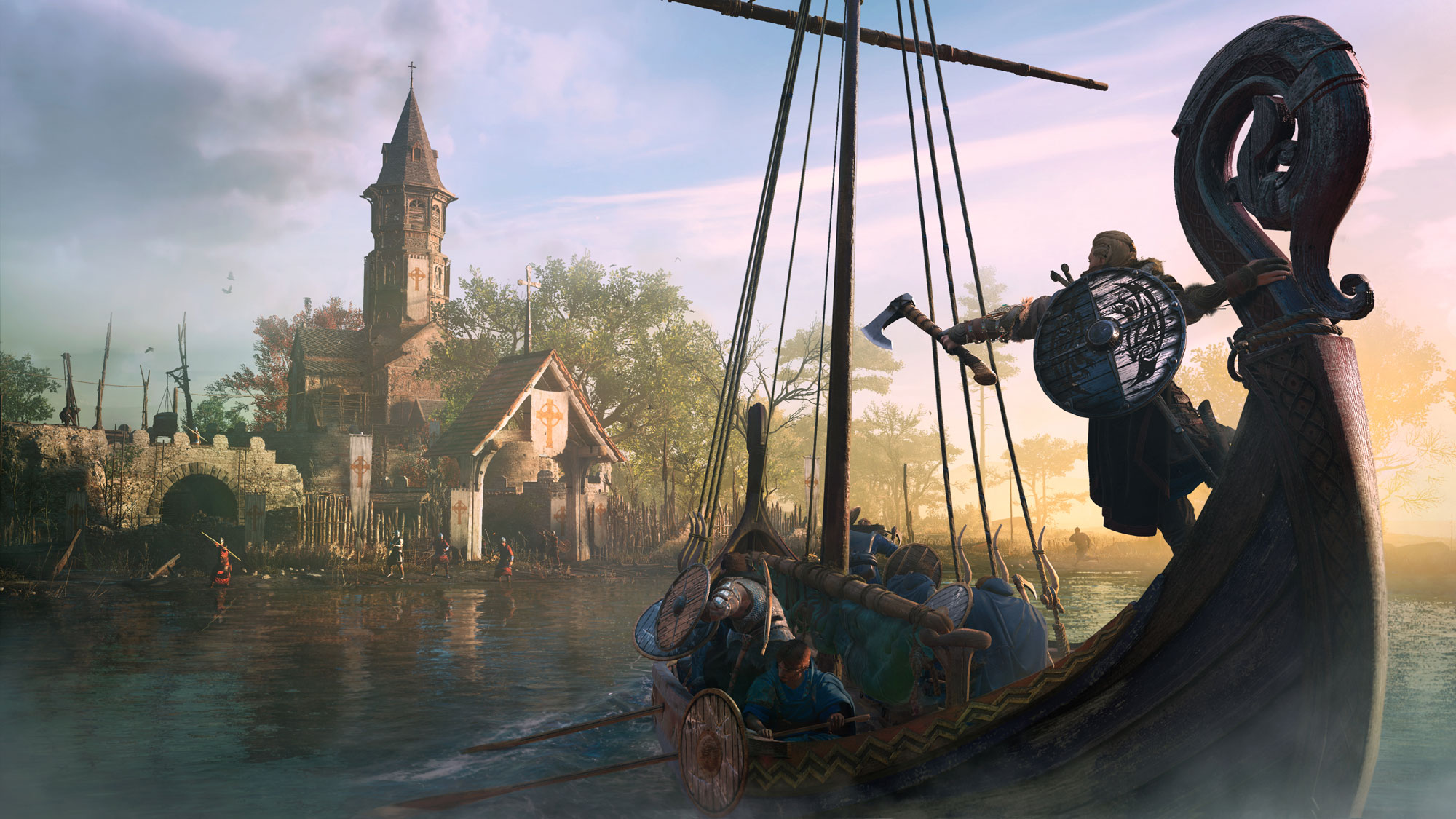 Following a report from Bloomberg‘s Jason Schreier, Ubisoft has confirmed that a project codenamed Assassin’s Creed Infinity, a new live service take on the long-running series, is currently in development at the company’s Montreal and Quebec studios.

In a lengthy blog post, the developer says that Jonathan Dumont and Clint Hocking are the game’s creative directors, and says that Ubisoft Montreal and Quebec are sharing leadership of the project. The blog post also states that Quebec’s Marc-Alexis Cote will take on the role of the game’s executive producer, Montreal’s Etienne Allonier is the brand director role and Montreal’s Julien Laferriere is its senior producer.

“Rather than continuing to pass the baton from game to game, we profoundly believe this is an opportunity for one of Ubisoft’s most beloved franchises to evolve in a more integrated and collaborative manner that’s less centered on studios and more focused on talent and leadership, no matter where they are within Ubisoft,” reads the blog post.

This would significantly change how Ubisoft typically develops the Assassin’s Creed series, with several of its studios collaborating and taking on different aspects of an entry in the series. It’s also worth noting that Hocking led Splinter Cell: Chaos Theory and Far Cry 2‘s development teams.

While Ubisoft’s first entry in the Far Cry series arguably didn’t get the attention it deserved, it helped define the open-world formula many of the studio’s titles continue to follow today (it also featured really cool fire physics). On the other hand, Dumont most recently worked as Assassin’s Creed Odyssey‘s creative director.

Beyond what leadership is behind Infinity, Ubisoft didn’t confirm any other information included in Bloomberg‘s story.

According to the publication’s report, Assassin’s Creed Infinity is a live service platform that the developer intends to build on like Fortnite and GTA Online. Further, rather than being set during one historical period, Infinity will feature multiple eras. The story goes on to say that Ubisoft’s Montreal and Quebec teams are working as a single unit on the title.

Ubisoft employees reportedly aren’t pleased with the merger and feel that the company hasn’t gone far enough to remove abusers following a widespread sexual misconduct scandal at the company. Bloomberg says that the switch to a live service model has resulted in some developers leaving the studio’s development team.

Several men accused of abuse remain in lead roles after this reorg, which led to complaints on the internal forums. A Ubisoft spokeswoman says they “had their case rigorously reviewed by a third party and were either exonerated or underwent appropriate disciplinary actions”

Infinity is reportedly early in development and likely years away from release.

As a long-time fan of the Assassin’s Creed franchise, it’s hard not to be disappointed by the series’ shift to a persistent online world. That said, I recently started plating Ubisoft Massive Entertainment’s The Division 2 and have been surprised at how seamlessly the title combines the concept of a live service and single-player title into one unified experience.

If Infinity can accomplish something similar, this fundamental shift in how the Assassin’s Creed franchise is positioned might not be as bad as some people expect.