The 4G availability gap between rural and urban Canada has shrunk between 1.2 and 2.4 percentage points when comparing Q1 2020 and Q1 2021.

“Between Q1 2019 and Q1 2020, the proportion of time that 4G users spent connected to 4G increased significantly across all three operators in both rural and urban areas,” Opensignal notes.

“By contrast, in Q1 2021, the 4G Availability in Canada’s urban population centers has not changed significantly, while our users in Rural Canada experienced small improvements, compared to Q1 2020.”

In Q1 2021, the 4G availability in urban Canada ranges between 93.4 percent and 95.9 percent. In terms of rural Canada, users reported slight improvements in 4G availability. Bell users saw an improvement of 1.5 percentage points. Users on Telus and Rogers’ networks saw improvements of 1.0 points. 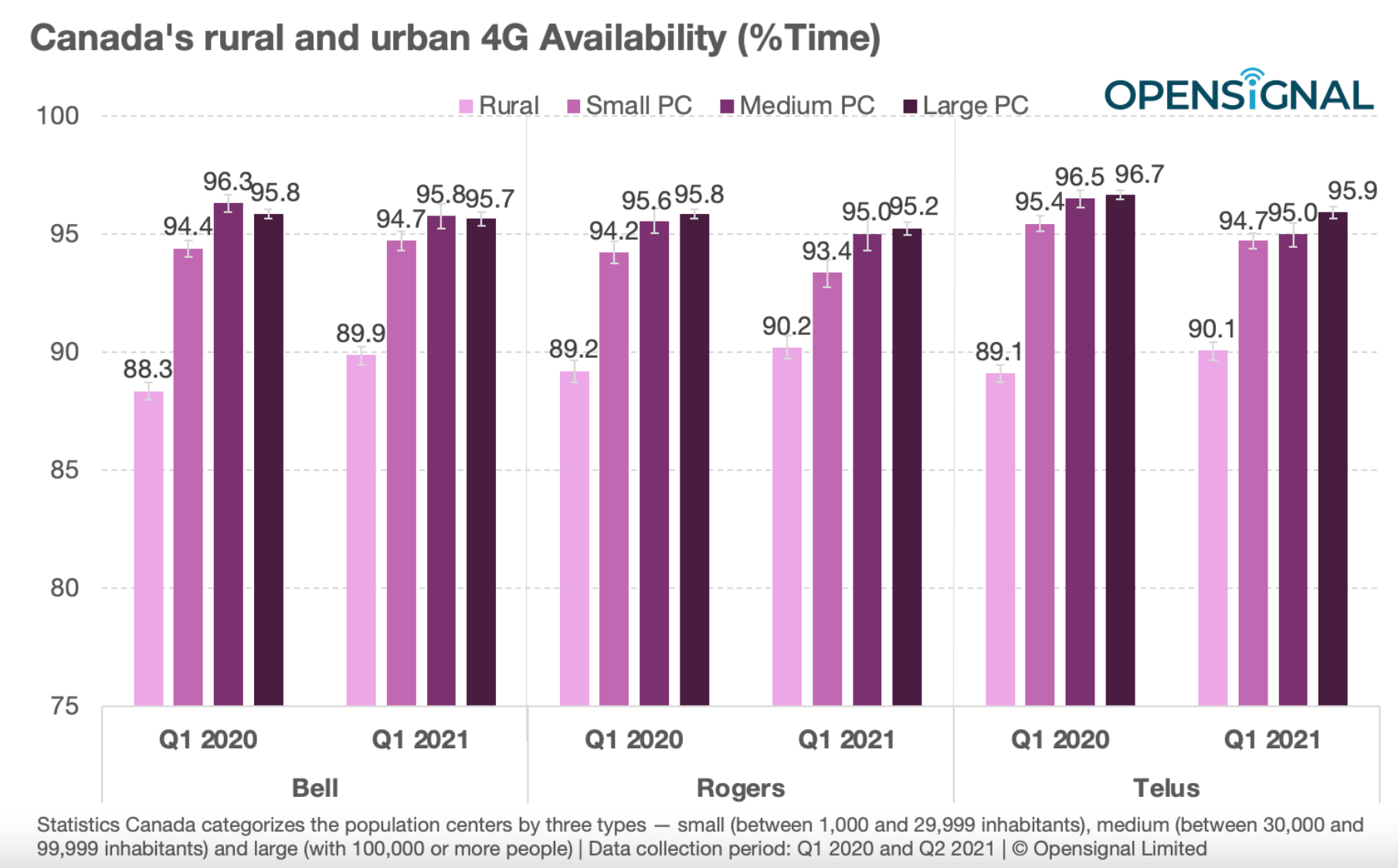 With these changes, 4G availability in rural Canada ranges between 89.9 percent on Bell and 90.2 percent on Rogers.

“This means that 4G users in rural Canadian are able to connect to a 4G service almost nine out of 10 times, which is extremely impressive,” the report states. 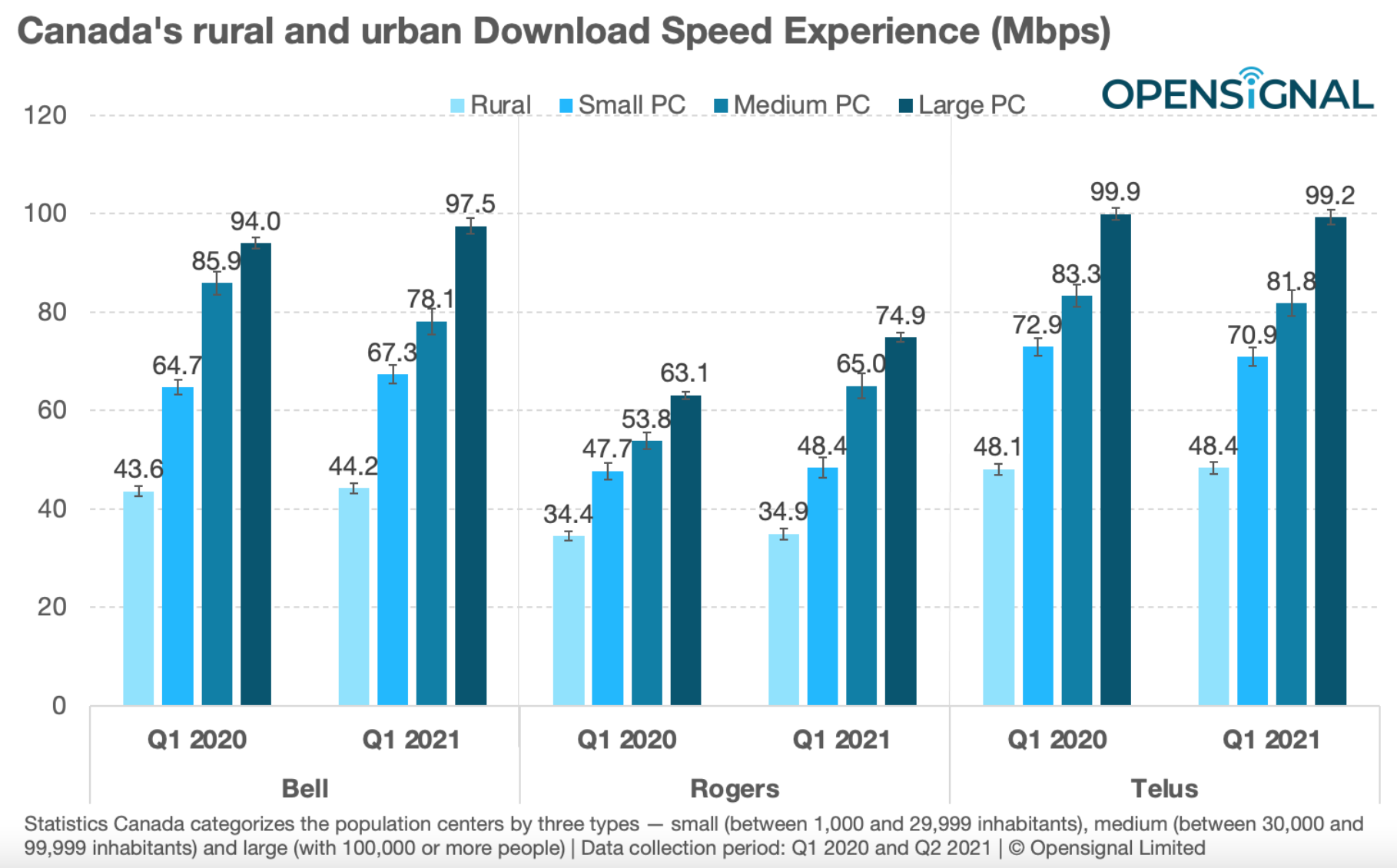 In large population centres, Bell users saw their average speeds increase by 3.6Mbps to 97.5Mbps, while those on Rogers saw the most significant improvement of 11.8 Mbps with speeds averaging 74.9Mbps. Telus users saw a slight decrease of 0.7Mbps to 99.2Mbps.

“As a result of these changes, the gap in download speed experience between rural Canada and its large population centres has accentuated further on Bell and Rogers, compared to our last report — by 2.9Mbps on Bell and 11.3Mbps on Rogers — while that on Telus has shrunk slightly by 1.0Mbps,” the report notes.

Opensignal notes that the mobile experience in Canada, both urban and rural, has improved drastically over the past years. However, Opensignal outlines that the urban/rural divide continues to exist in Canada.

“While the operators and government have been addressing this issue, it is evident that there is more to be done to remove the rural-urban gap.”