After first being reported on in 2017, the Eidos Montreal-developed Marvel game has finally been revealed 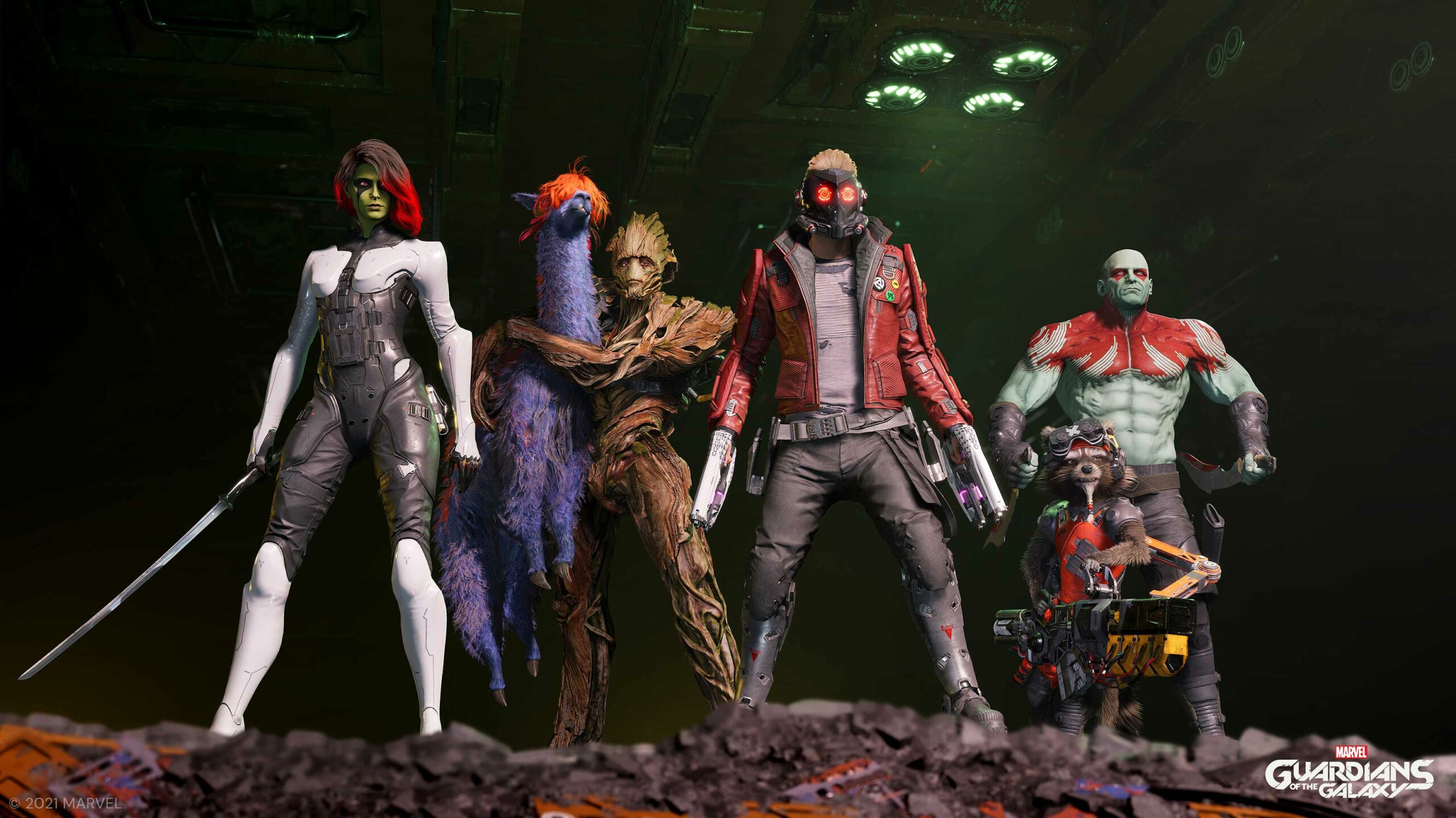 Square Enix has announced Marvel’s Guardians of the Galaxy, a new game from its Eidos Montreal studio based on the eponymous Marvel comics property.

Like last year’s Marvel’s Avengers, the GOTG game will be an original take on the cosmic superhero team, rather than one based on the James Gunn films in the Marvel Cinematic Universe films. It will be a single-player, “story-driven” game rather than Square Enix’s multiplayer live service game, Marvel’s Avengers.

The announcement came during Square Enix’s E3 2021 ‘Presents’ stream, during which the first trailer was shown:

In the game, you play as Peter Quill/Star-Lord in third-person action combat, with the rest of the Guardians being controlled by the computer. However, you can issue commands to the other Guardians to perform team-up moves. Dan Abnett, a writer who’s penned Guardians comics for Marvel, is working with Eidos Montreal on the story.

A deep dive into the gameplay can be seen below:

Guardians of the Galaxy will release October 26th, 2021 on PlayStation 4, PlayStation 5, Xbox One, Xbox Series X/S, PC and Nintendo Switch.

It’s worth noting that Eurogamer and Kotaku both reported way back in January 2017 on the existence of Eidos Montreal’s GOTG. At the time, Eurogamer noted that Square Enix had cancelled Eidos Montreal’s planned sequel to 2016’s Deus Ex: Mankind Divided and shifted the studio to work on its Marvel projects.

Earlier this month, Bloomberg‘s Jason Schreier — who wrote the original Kotaku report — reiterated that Eidos Montreal was working on GOTG and confirmed it would be the game at Square Enix Presents.

Update: 15/06/2021 at 3:15pm ET — Square Enix has confirmed that Marvel’s Guardians of the Galaxy is also coming to Nintendo Switch in October. However, the game will only be available via the Switch’s ‘Cloud Gaming’ service, which has been used to offer other third-party games like Hitman 3 and Control.