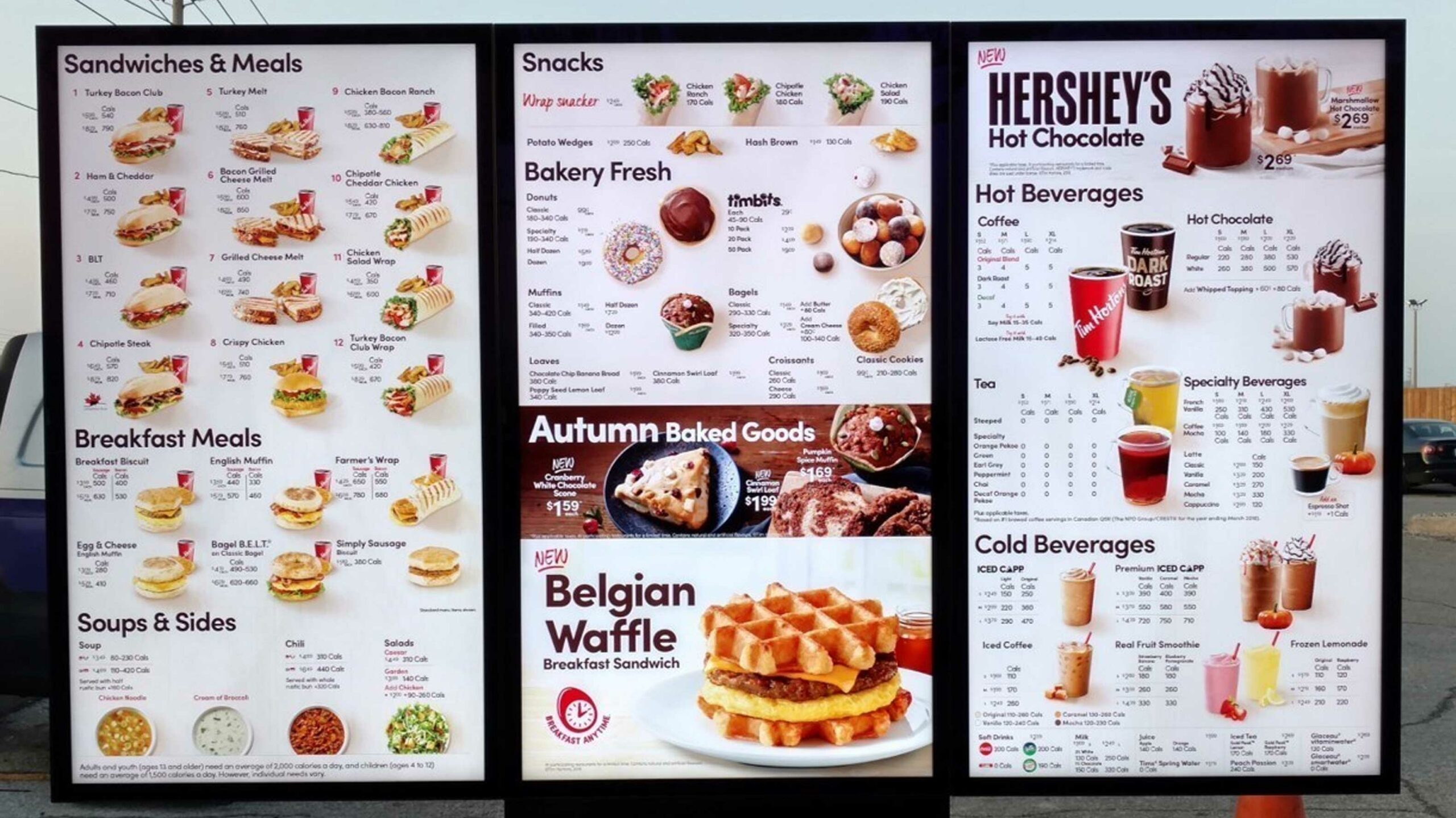 Tim Hortons is revamping its drive-thru menu experience with a little help from Samsung.

The Canadian (but not really Canadian) coffee chain has already implemented 1,300 new Samsung outdoor displays to help make its drive-thru menus easier to read, with a total of 2,600 to be implemented by the end of the year.

The key feature included in the Samsung OH series screens is that they include IP56 certification that ensures they’re waterproof and can withstand both hot and cold temperatures, a must for a Candian drive-thru.

Samsung also says the displays are equipped with ‘Magic Glass’ to help prevent vandalism from, I assume, disgruntled Tim’s customers. Another key feature is that they’ll work even if the driver is wearing polarized sunglasses.

While these screens look nice, it’s unclear if they’ll actually hold up to winter and if they’re viewable from varied angles. An issue I’ve noticed with modern drive-thrus is that since they often use TV screens that are turned sideways, the viewing angles usually pretty bad if you can’t look directly at the display.

MobileSyrup will, of course, update this story after going hands-on with the new tech.