Nolan has repeatedly said the movie should be seen on the big screen, even amid the COVID-19 pandemic 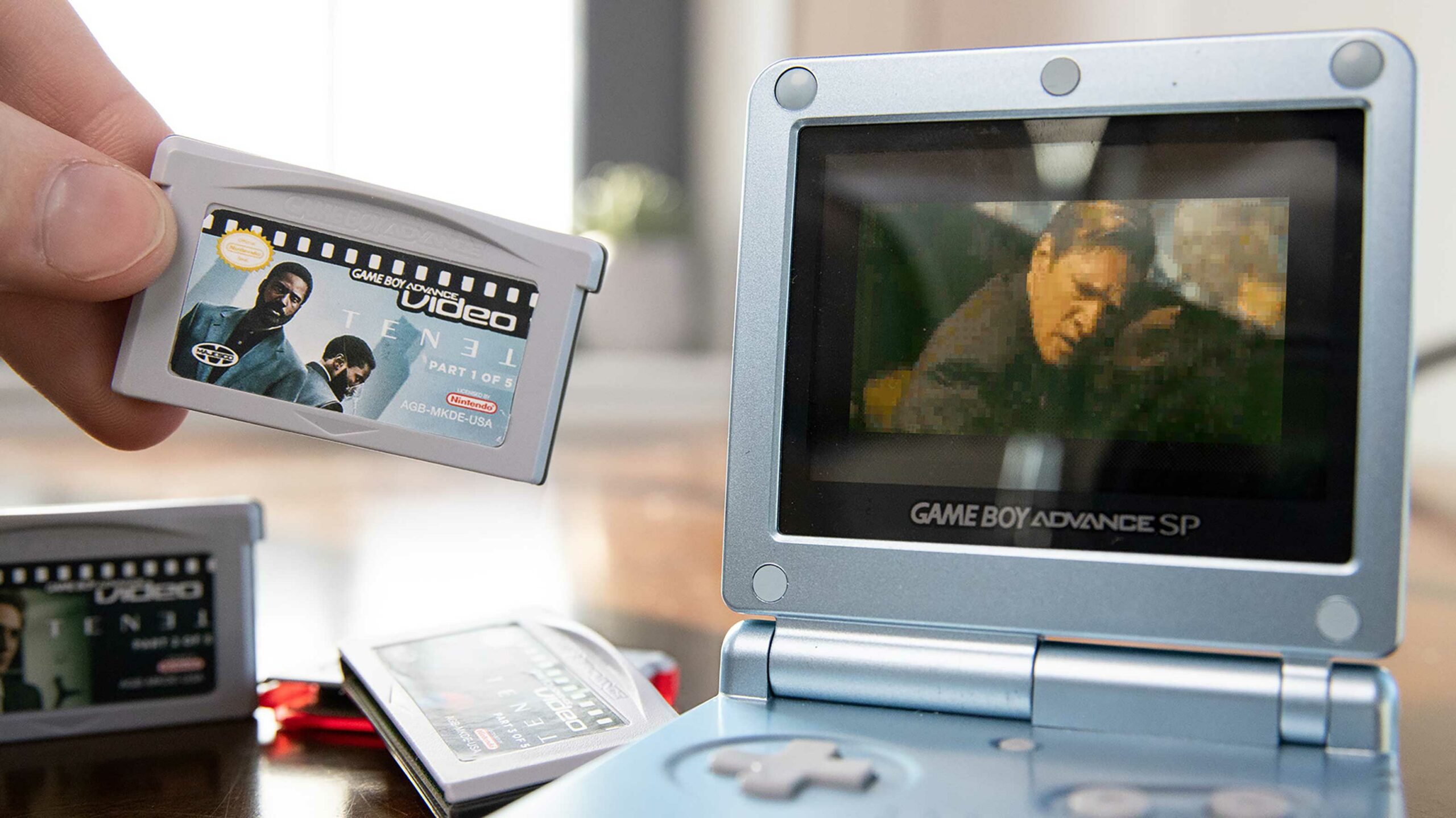 Tenet writer-director Christopher Nolan has been adamant that the ideal way to watch the sci-fi spy film is on the big screen.

Nolan insisted upon this even as some cinemas remained closed for months amid the COVID-19 pandemic, on top of many cinema-goers expressing concerns regarding the spread of the virus in areas where theatrical screenings were permitted.

Naturally, a YouTuber took it upon himself to make Tenet viewable on a Game Boy Advance cartridge.

In the latest video on his ‘WulffDen’ YouTube channel titled “I put Tenet on a GBA Video cartridge out of spite,” Bob Wulff explained his reasoning for doing this.

“So I got this idea when the whole meme was going around about how much Christopher Nolan really wanted you to go to theatres to see this movie… you know, in the middle of a global pandemic!” said Wulff.

Overall, Wulff said it’s fairly easy to do, as all he needed were writable Game Boy Advance cartridges, a device to flash those cartridges with and a legally obtained copy of Tenet.

Of course, Wullf also had to make numerous concessions to get a $250 million modern movie onto the Game Boy Advance. Most notably, the video had to be edited down to a resolution of 192×128 and a whopping 8 KB/s bitrate running at six frames per second. Further, Wulff had to use software that speeds up the video by one-third by default.

On top of that, the audio from a GBA speaker is, of course, not high quality, making Nolan’s already often-unintelligible dialogue even harder to make out.

Wulff also had to use five cartridges in total since “30 minutes is the maximum time you can have for a Game Boy Advance video and still have it somewhat of a watchable state,” and Tenet is two-and-a-half hours long. As a nice touch, though, he did give each cartridge its own artwork containing the ‘Game Boy Advance Video’ sticker, Tenet images and even a ‘Licensed by Nintendo’ label.

The full steps to recreate his work can be found here, but keep in mind that, as Wulff himself admits, this is “quite possibly the worst way to view Tenet.” Just like Nolan would have wanted.