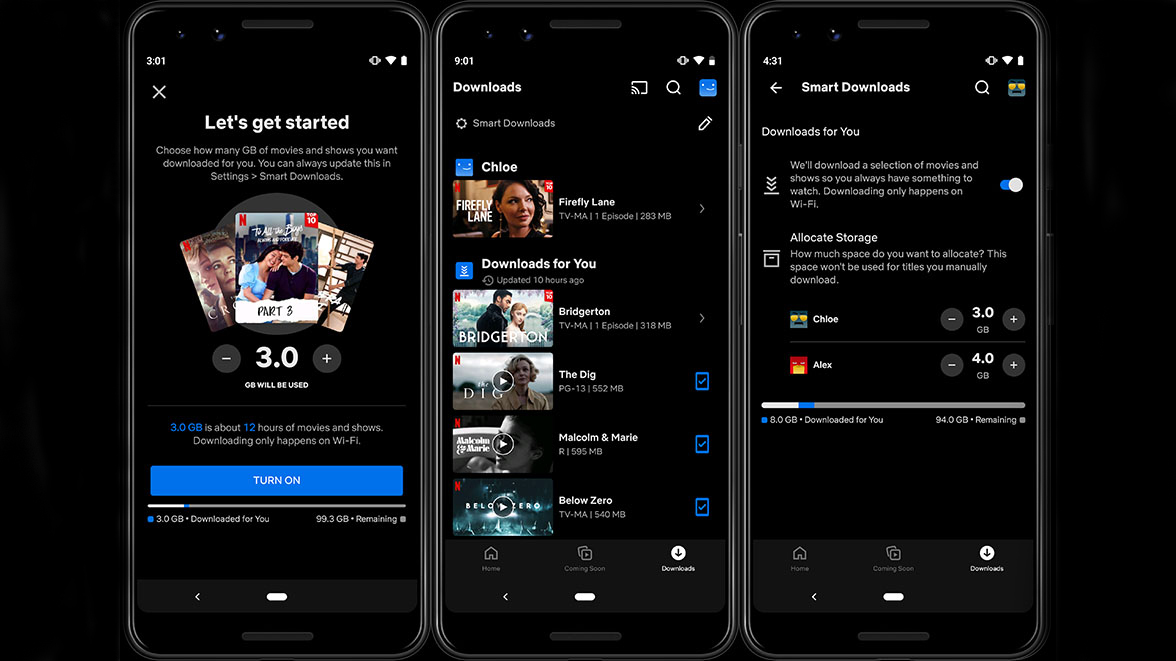 Netflix has launched a new feature that aims to make downloading content on the platform an easier process.

When ‘Downloads For You’ is enabled, Netflix will download TV shows and movies to your smartphone or tablet based on your past viewing history.

When you first turn the feature on, you’ll be able to select between different storage space options: 1GB, 3GB or 5GB. All downloads take place when you’re connected to Wi-Fi, so you won’t have to worry about the final season of Superstore using up all of your mobile data.

Netflix says that Downloads For You will typically download the first few episodes of a TV show to give you a taste of what it’s like. Downloaded content can then be streamed to a nearby TV directly from your smartphone. Downloaded movies and TV shows can also be deleted after you’ve watched them to free up more storage space.

According to the company, most — but not all — of its catalogue of content is available to be downloaded and watched offline, with some exceptions based on licensing rights. To turn the feature on, navigate to the ‘Downloads’ tab in your Netflix app and toggle on ‘Downloads For You.’

To be clear, this isn’t a replacement for Netflix’s existing Smart Downloads feature. It will still be possible to select individual TV shows and movies to download. Instead, ‘Downloads For You’ seems like an effort on the stream giant’s part to make the process of downloading content to your smartphone or tablet a little more seamless.

Netflix says Downloads For You is rolling out right now globally in the Android version of the Netflix app. The feature will eventually make its way to iOS, says Netflix.