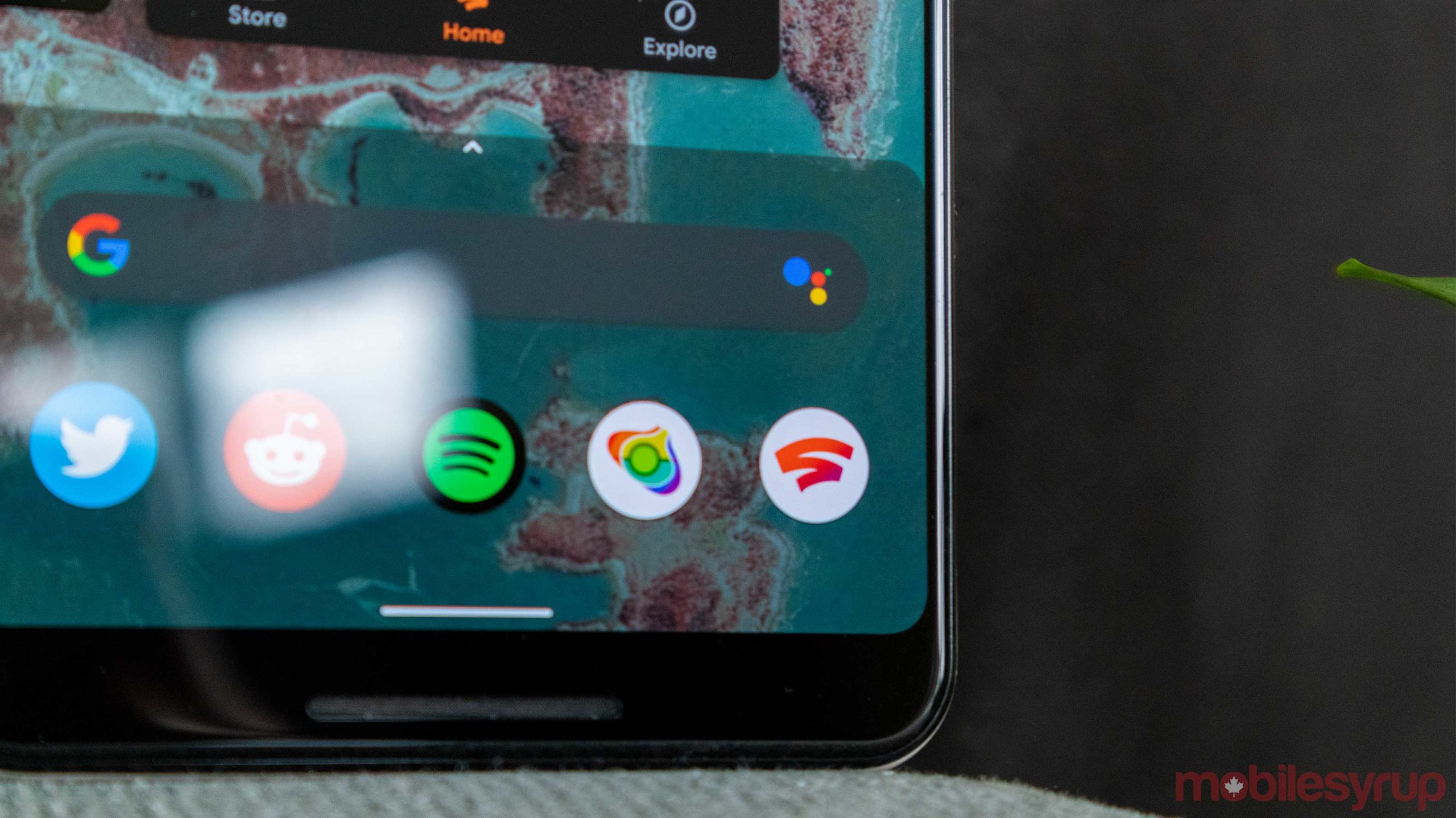 Google tested streaming games using its Stadia platform over mobile connections throughout the summer. However, the experimental feature has moved to a new section of the app, and it appears Google is making the feature permanently available.

Several Reddit and Twitter posts spotted by 9to5Google detail a server-side change hitting the Stadia app on Android. That change places the settings for playing Stadia on mobile data under the ‘Performance’ section of the settings menu. Previously, players had to dig into the ‘Experimental’ menu and configure settings there.

In my previous APK teardown, I found the mobile network icon. It's now enabled under the play button when playing via mobile network pic.twitter.com/z2SmelokH1

The Stadia app still restricts users to a maximum of 720p when streaming games over mobile data. Further, the Stadia app warns that streaming over data can use up to 2.7GB of data per hour. Considering how pricey and restrictive most data plans are in Canada, you probably won’t want to use Stadia on a mobile connection. If you do, 720p should offer a balance between visual fidelity and stream quality over mobile without eating up too much data too quickly (although it’ll still use a bunch). 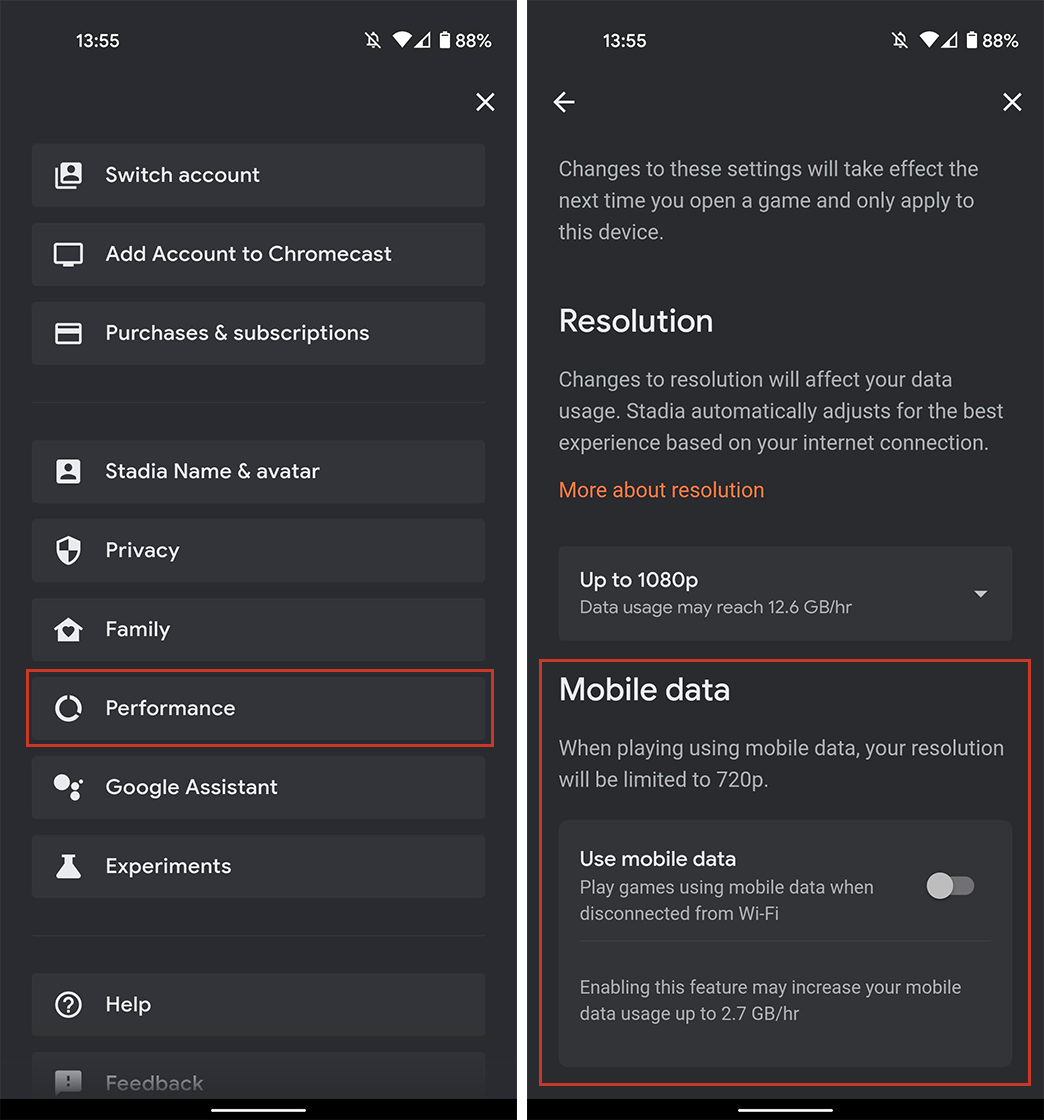 When you enable the mobile data option, Stadia will show a new icon on the main screen to let users know they’re connected to mobile data, not Wi-Fi. It’s also worth noting that you may have to use a Bluetooth or wired controller since the Stadia controller requires a Wi-Fi connection.

To access the new mobile data settings, open Stadia > tap your profile icon > Performance > Mobile data. If the setting isn’t there, it may be available under the experimental section since the server-side update hasn’t arrived for you yet. You’ll also need to be on Stadia version 2.36 to access the feature.