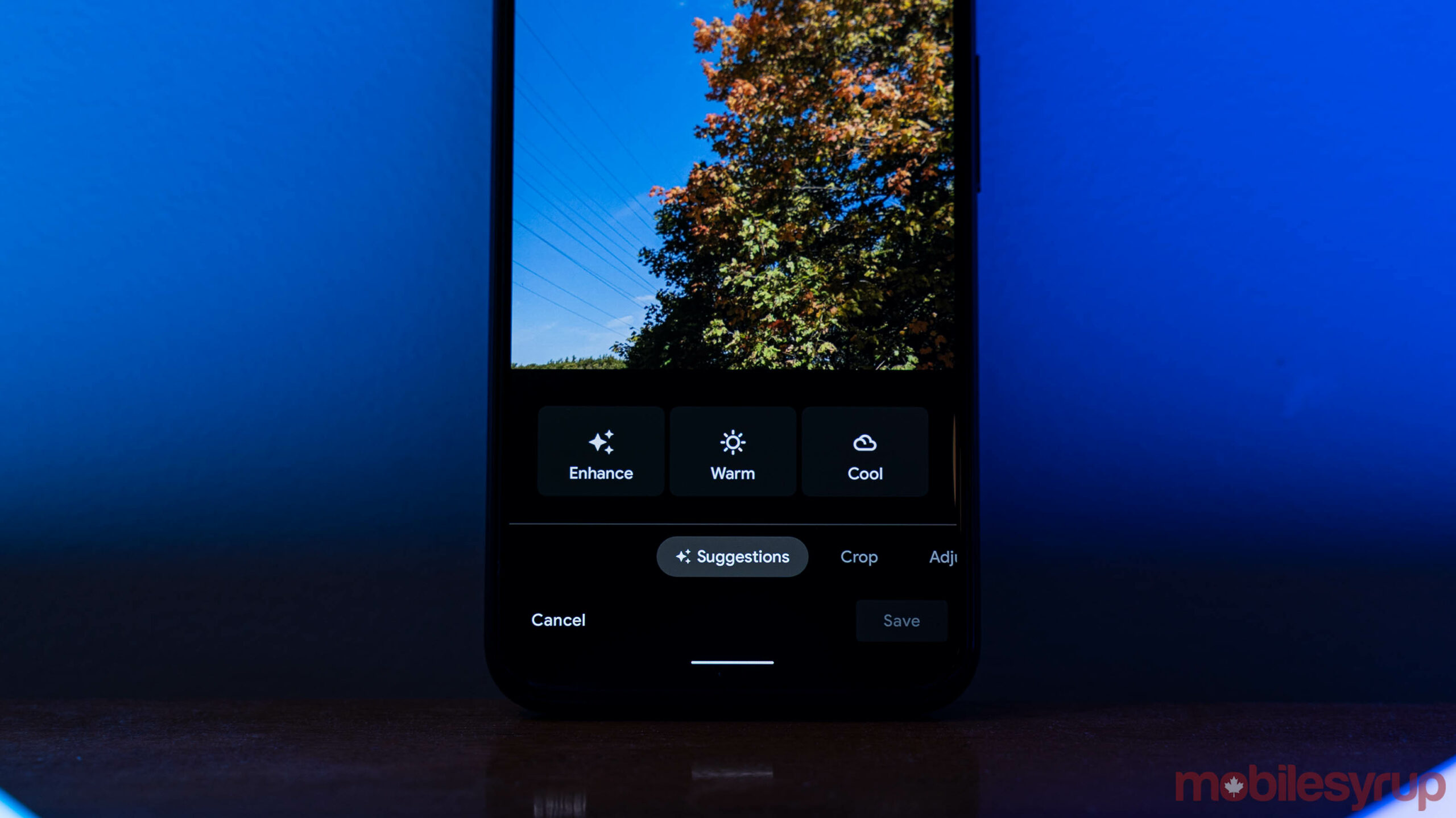 During its Launch Night In event last month, Google detailed its upcoming refreshed Photos image editor. Now a server-side update has brought the feature to several users, although not quite everyone yet.

To check if you’ve been blessed with the new editor, open up the Google Photos app on your phone, tap a picture and then ‘edit’ button at the bottom (between share and the Lens icon). If you’ve got the new Photos editor, you should see a carousel of bubble-shaped buttons, such as ‘Suggestions,’ ‘Crop,’ ‘Adjust’ and more. 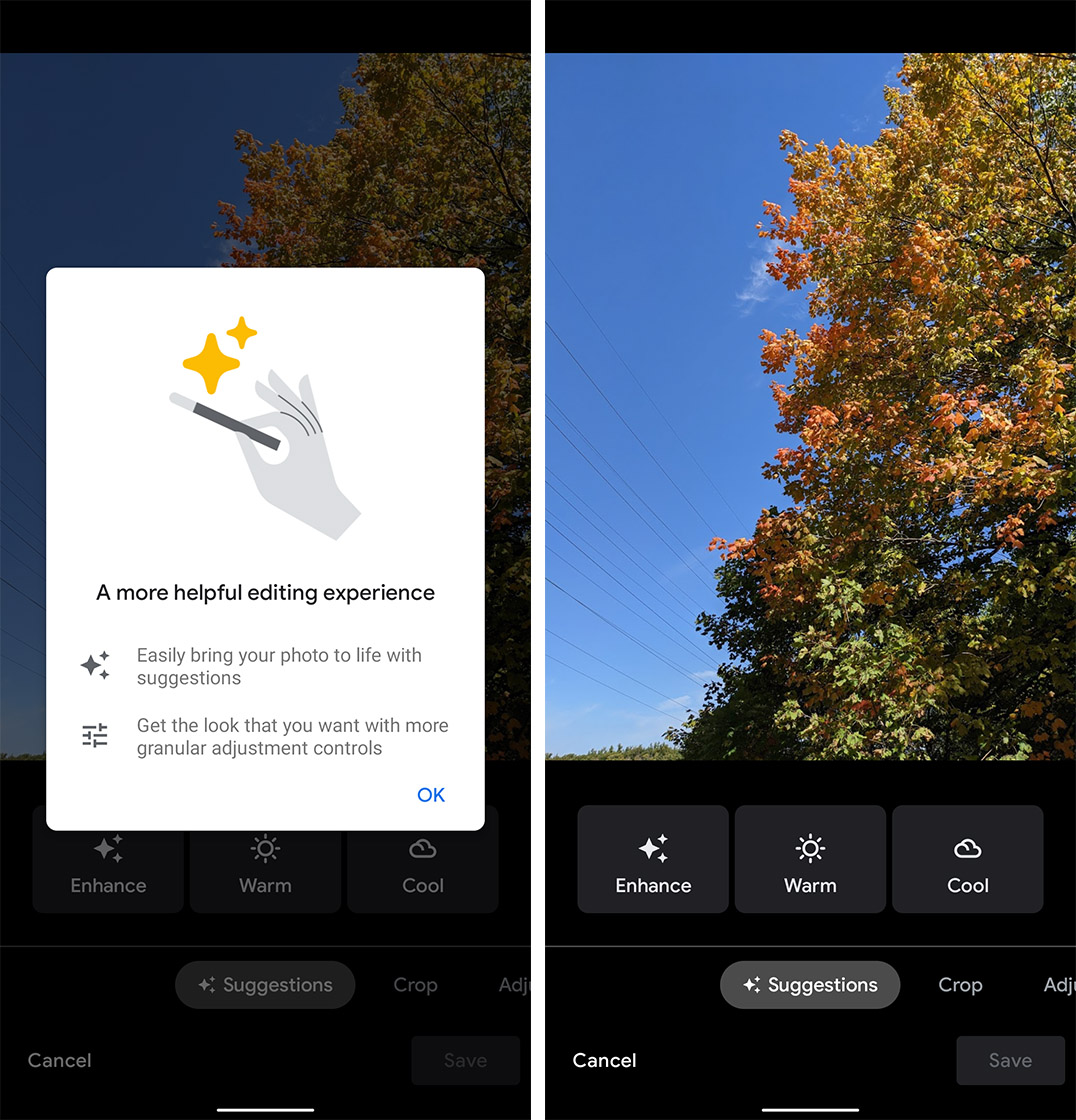 The new editor works by having using scroll through and select the type of editing they want to do in the carousel. Then, the editor displays available options above the carousel.

For example, if you want to apply a crop, you’d scroll over to the crop option to get the tools to make the crop. Someone who wanted a filter can scroll to filters and select the one they like from that list. 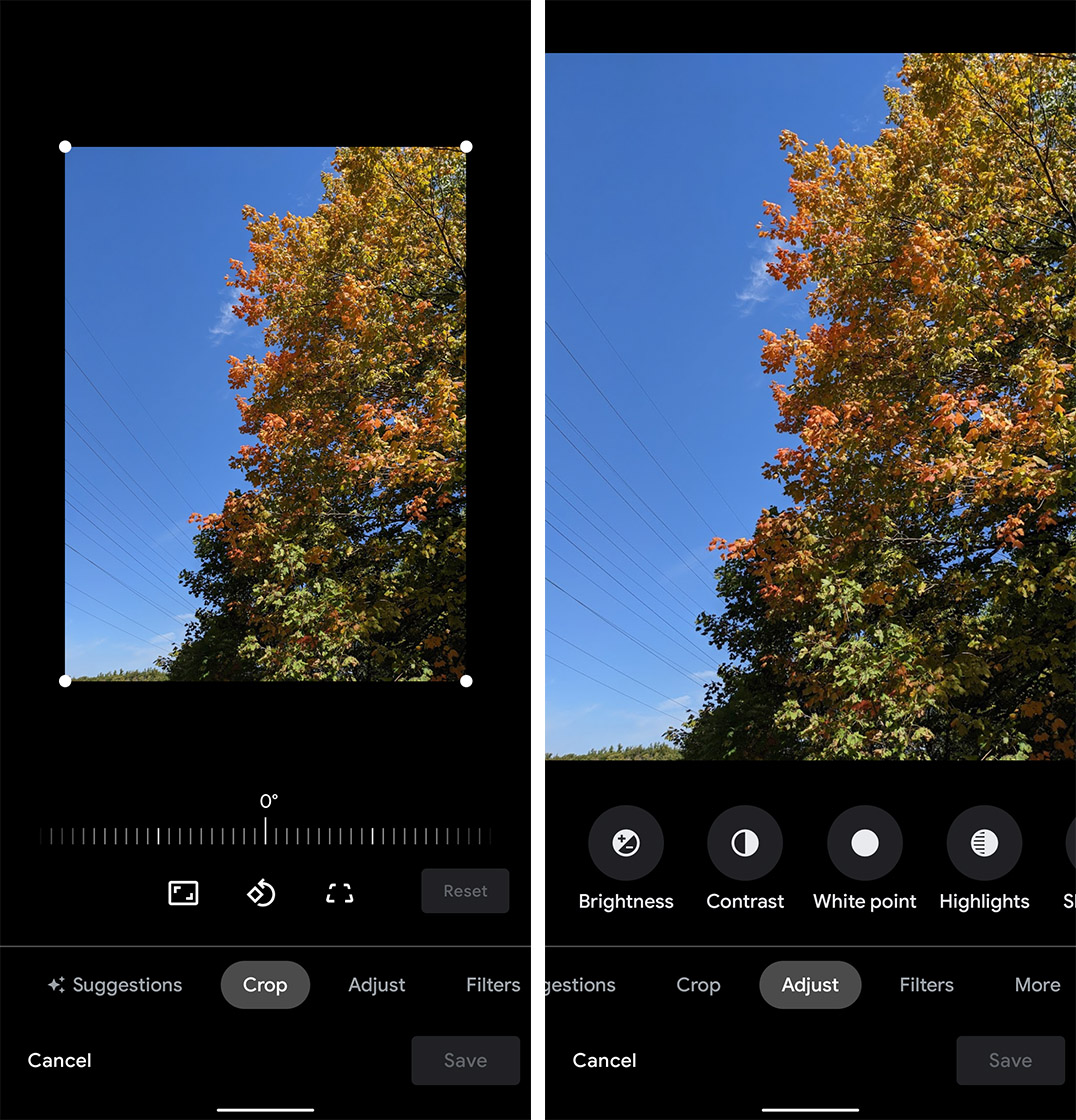 It may take a bit of getting used to, but so far the new editor looks better and seems more powerful since there’s more space dedicated to each tool.

It’s worth noting that Pixel 4a 5G and Pixel 5 devices will get access to the new ‘Portrait Light’ feature in this menu as well, and it should roll out to older Pixels in the near future. 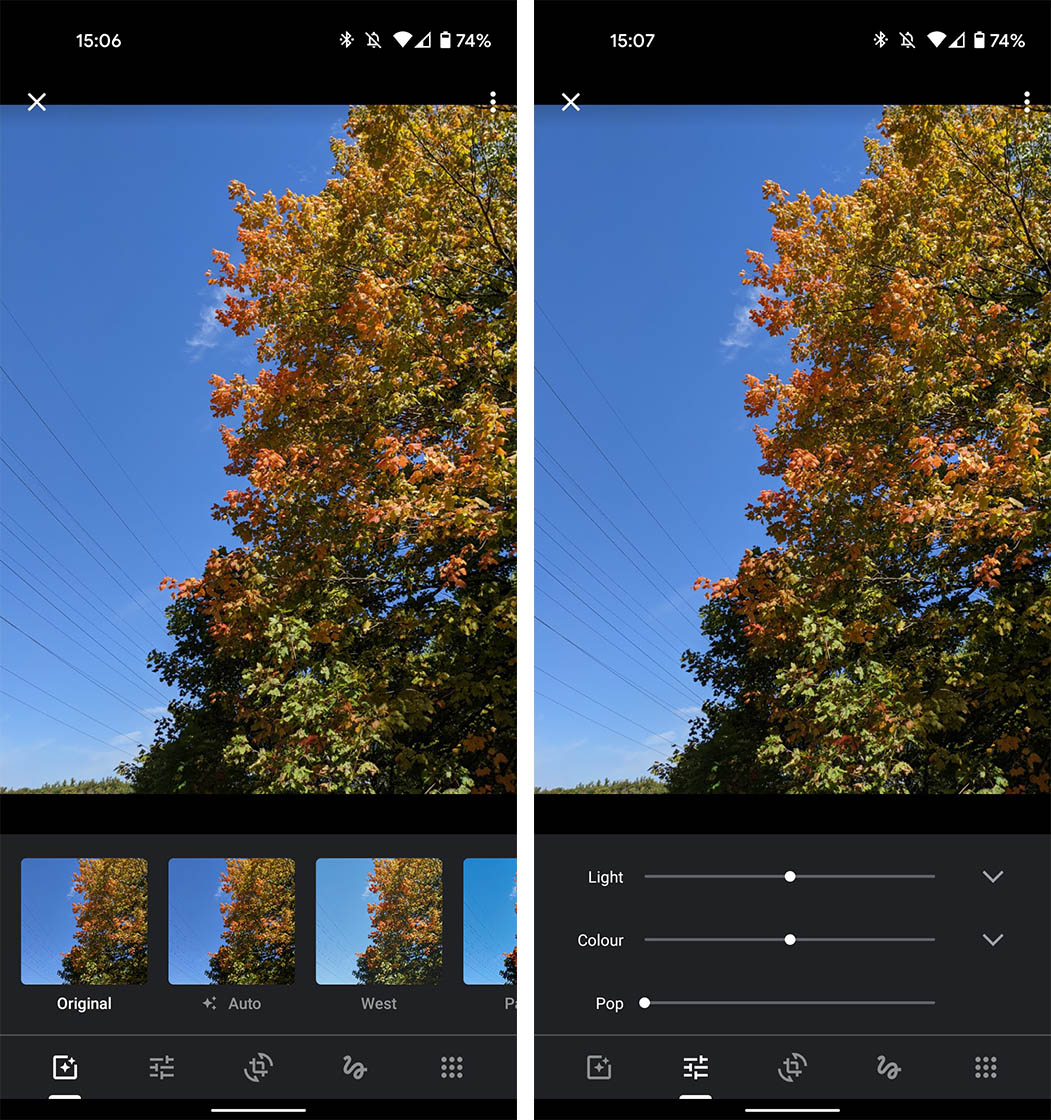 If you’re interested in learning more about Google’s new Photos editor, check out our full break down on it here. And for those who don’t have it yet, it should arrive in the coming days as Google’s server-side update runs its course.