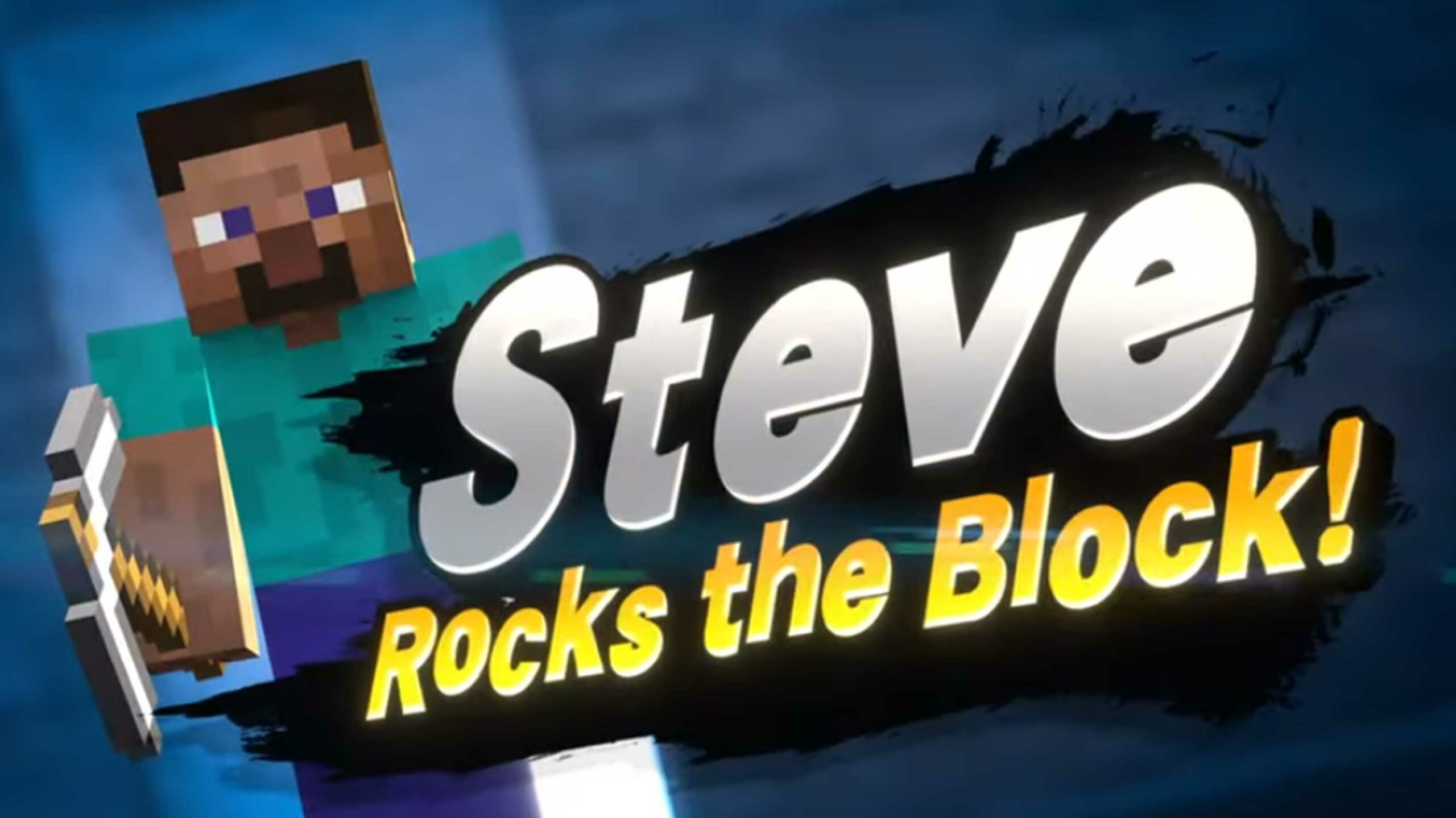 In a twist, Nintendo and Microsoft have brought the default blocky character from Minecraft to Super Smash Bros. Ultimate for the Nintendo Switch.

Additionally, there will be a Minecraft-themed stage and a few skins to filter through. The fighter’s skins seem to cycle through an Enderman, Zombie and a few other recognizable Minecraft characters.

Overall, the characters seem to have a unique move set based on both building blocks around the battlefield and mining materials from the ground to upgrade weapons.

For instance, at one point in the trailer, we see a player mine up a piece of iron, call in a crafting table and then build an Iron Sword.  After that, we catch a glimpse of someone else playing as the Minecraft Alex skin with a Dimond Sword, suggesting that materials mined will be randomized.

There’s no release date for Steve yet, but there will be a 45-minute stream breaking down his moveset on October 3rd at 10:30am ET that will reveal more information. Nintendo says no additional fighters will be revealed during this presentation, but it will presumably showcase new Mii fighter outfits and amiibo, as previously character spotlight videos have done.

Tune-in for an in-depth look at the new #SmashBrosUltimate DLC fighter, Steve & Alex from @Minecraft, with Director Masahiro Sakurai on 10/3 at 7:30am PT.
The video presentation takes place just before Minecraft Live & will be roughly 45 minutes long.

Notably, Minecraft is the second Microsoft-owned property to make its way into Ultimate, following the addition of Banjo-Kazooie as a downloadable fighter in September 2019.