Microsoft announced a slew of new improvements and features across its Microsoft 365, Azure and other product lines at its annual Ignite developer conference. Although the conference is all-digital this year because of the ongoing pandemic, the company still had lots to talk about.

Since many of the Ignite announcements are developer-focused, we decided to highlight some big news for consumers. Read on to see all the latest from Ignite this year.

First up, Microsoft’s software suite — previously called Office 365 and now called Microsoft 365 — got several tweaks and updates across the included apps. The company’s business communication platform, Teams, will get new ‘Together mode’ scenes. Microsoft announced Together mode back in July to make video meetings suck a lot less.

Essentially, Together mode uses some artificial intelligence trickery to put everyone in a video meeting into the same digital space. It launched with an auditorium view that made it look like all the participants were sitting together in a theatre. At the time, Microsoft teased other scenes, some of which will arrive soon. That includes conference rooms and coffee shops, which Microsoft says will be available “later this year.”

Finally, Teams will get a ‘custom layout’ option for its Dynamic View setting, ‘Breakout rooms’ to allow a meeting to split into smaller groups before returning everyone to the main meeting, and in October, Teams’ meeting extensions will move to general availability. There are over 20 partners with meeting extensions, which people can add from either ‘AppSource’ or the Teams store.

Surface Hub 2S 85-inch available for pre-sale in the U.S. 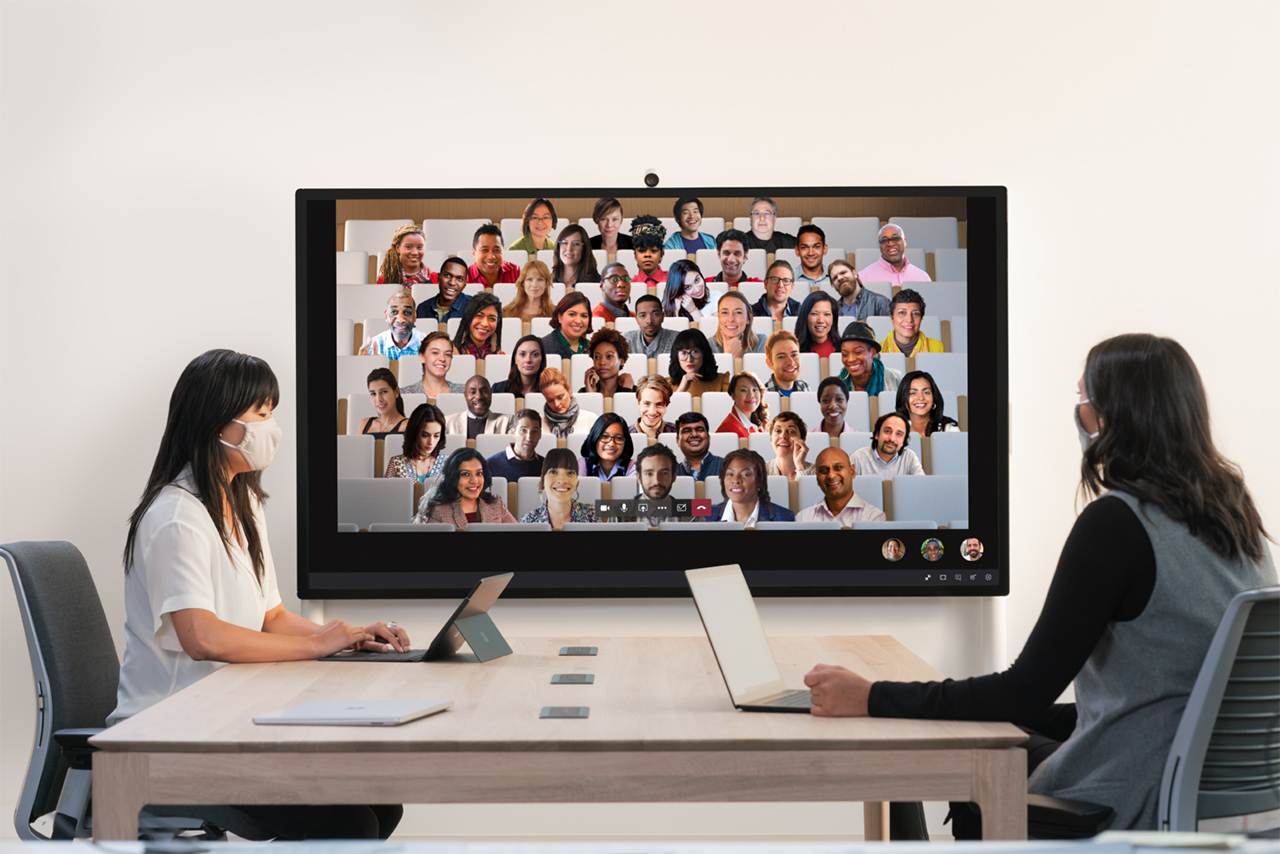 Microsoft announced that its Surface Hub 2S 85-inch model is available for pre-sale reservations. Unfortunately, it’s only available for commercial customers in the U.S. for now. Hopefully that expands to other places in the near future.

The company notes availability will begin in January 2021.

Along with availability, Microsoft announced it would bring the “full Windows 10 desktop experience” to the Surface Hub 2S. It’ll offer both Windows 10 Pro and Windows 10 Enterprise configurations.

Finally, there will be a new Windows 10 Team 2020 Update in October for Surface Hub screens designed for Surface Hubs used in meeting rooms. The update will ensure protocols for wiping data from the device between meetings, new cloud authentication for accounts and more.

Wellbeing in Teams, Outlook for Mac and Edge on Linux

Microsoft announced new wellbeing features for Teams as well. While it may sound odd, the company suggests people are missing their commutes. Maybe not the aspect of sitting in traffic for an hour or two after work, but the meaningful transition between the end of the workday and the beginning of one’s personal time in the evening. For example, that time can allow people to reflect on their day and de-stress, which in turn can increase productivity as much as 15 percent, according to Microsoft.

As such, the company will add a way for people to ‘virtually commute’ in Teams sometime in the first half of 2021. Microsoft partnered with Headspace to integrate a curated set of mindfulness exercises in Teams to help with this. Moreover, Teams will get a new ‘stay connected’ feature designed to help coworkers build relationships with each other. 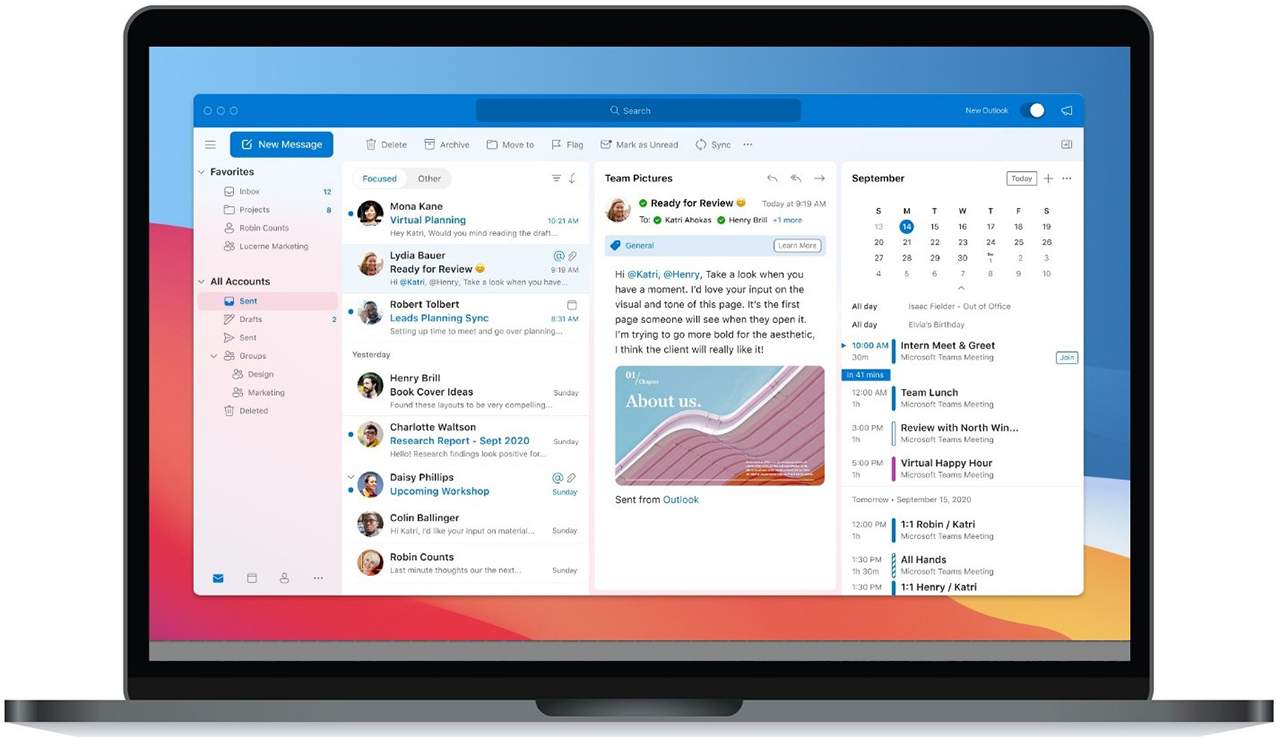 Some other updates include a new Outlook experience on Mac, which you can learn more about here. Microsoft Edge is also getting a meaningful new update: Linux support. The company planned to bring its new Chromium-based browser to Linux, but it hasn’t happened until now. Starting in October, people will be able to preview Microsoft Edge on Linux from the Edge Insider website.

Of course, these highlighted new features are only a small look at all the news from Microsoft Ignite. There’s plenty more, although much of it won’t have much significance to the typical person.

Microsoft Edge to get improved Collections, PWA integration and more