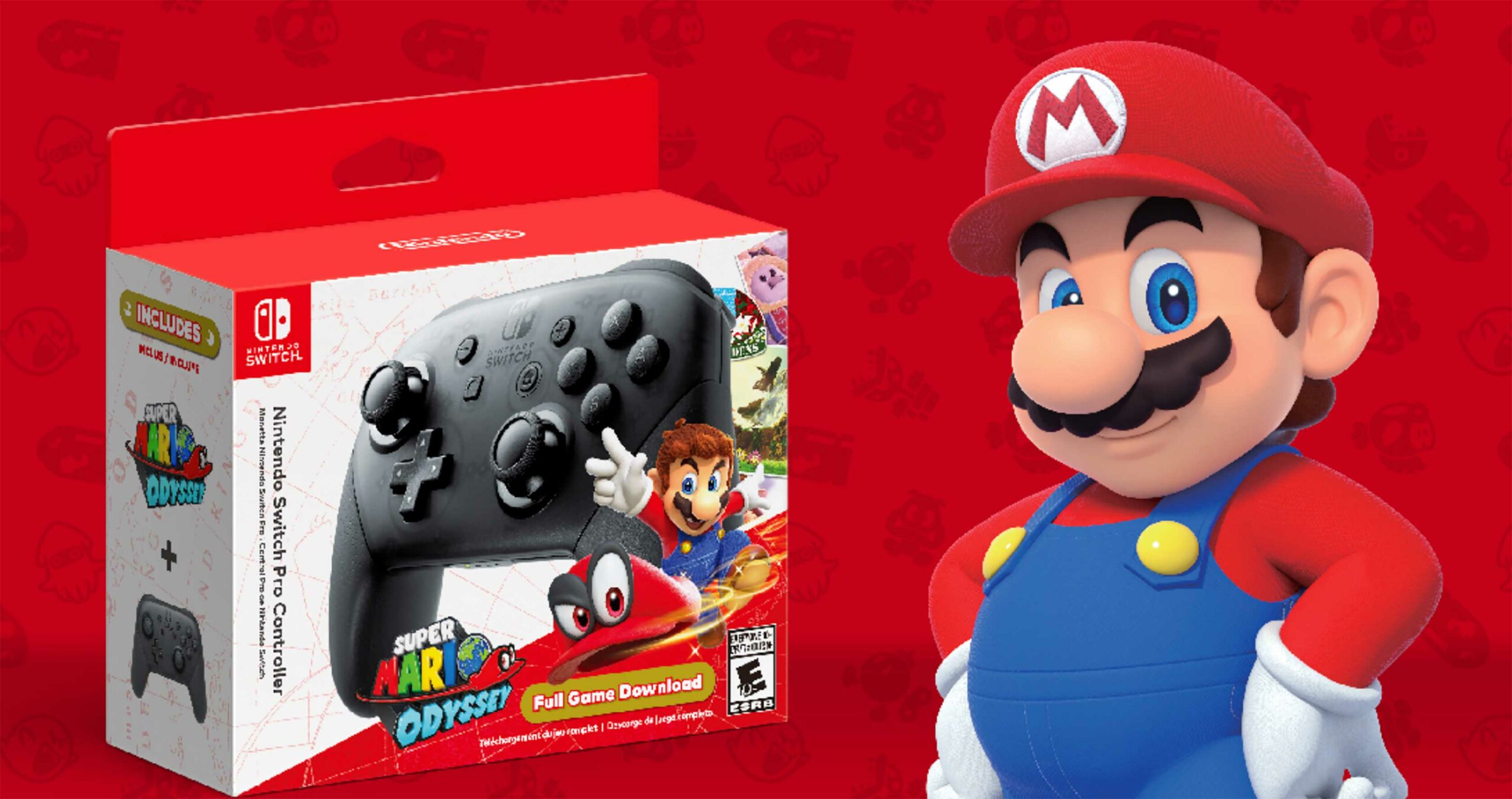 The bundle is up for pre-order now on Walmart.ca and will cost $129.99 CAD when it releases on September 17th.

Play. Explore. And just have fun! 🍄

Get ready for your next adventure with the Super Mario Odyssey + Nintendo Switch Pro Controller bundle, only at Walmart.

For context, a Switch Pro Controller regularly costs $89.99 on its own, while Super Mario Odyssey is normally priced at $79.99. Therefore, you save about $40 when going with Walmart’s bundle. Nintendo products rarely drop in price, especially marquee titles like Super Mario Odyssey, so this is a pretty good deal if you’re interested.

The bundle comes amid Nintendo’s celebration of Mario’s 35th anniversary. Most notably, the Japanese gaming giant will release Super Mario 3D All Stars, a remastered collection of 64, Sunshine and Galaxy, on September 18th.

Other ‘Mario 35th’ releases include a new Game & Watch handheld, a remaster of 3D World and a special augmented reality Mario Kart toy.