Microsoft has struggled to meld touch and mouse input on Windows 10 in a meaningful way, but a new “touch-optimized” desktop and keyboard could help.

As spotted by Windows Central, Microsoft started testing the new desktop environment in the latest Dev Channel builds of Windows 10. For now, it doesn’t seem to change much beyond making some hitboxes larger — and therefore easier to touch. It also hides some taskbar buttons that don’t make sense to have available when using touch.

It’s a far departure from Windows 8.1, which was heavily touch-focused but made keyboard and mouse less effective. Hopefully, Microsoft can improve the touch experience in Windows 10 without compromising usability with a mouse.

Another area where the company is working to improve the touch experience of Windows 10 is with the on-screen keyboard. Until now, the touch keyboard in Windows 10 was mostly the same as the one introduced in Windows 8. It still uses the old Modern Design Language 2 and is overdue for a refresh. 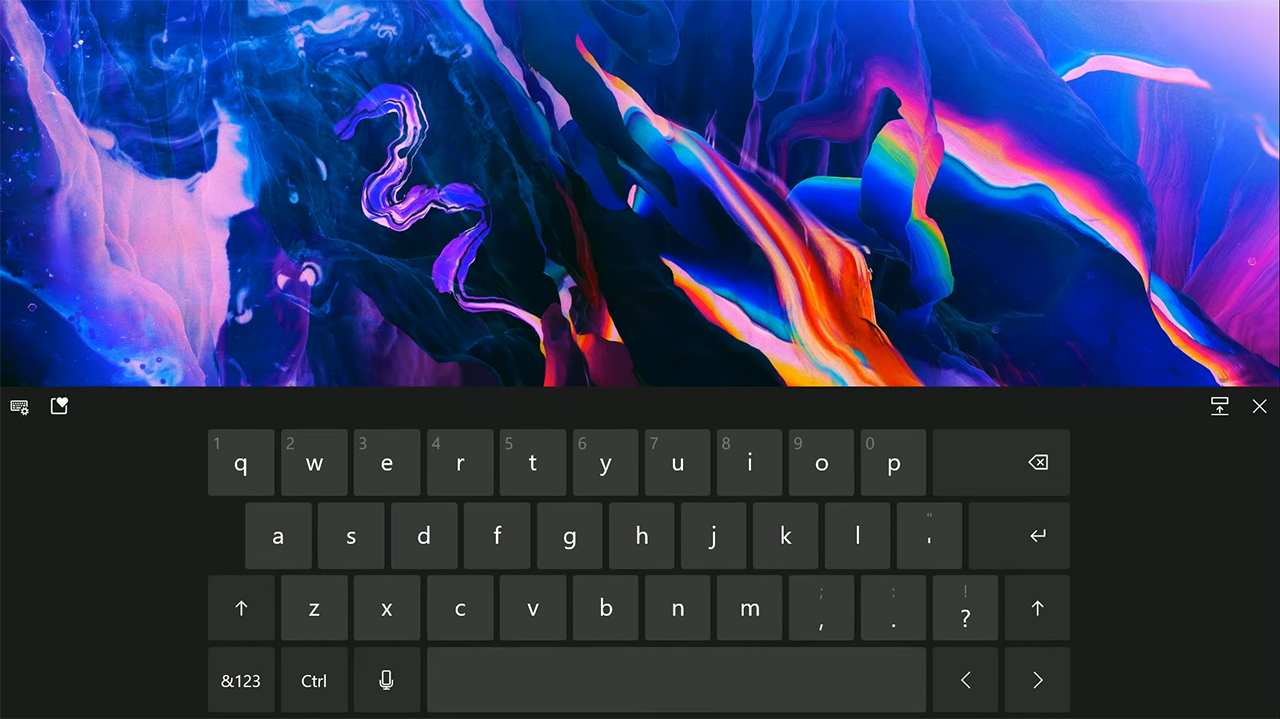 According to Windows Central, the latest Dev Channel built includes a brand new touch keyboard that uses Fluent Design. You can see it in action here. It also brings several new features previously seen on Windows 10X, Microsoft’s work-in-progress touch-based Windows OS. Originally, 10X was supposed to run on dual-screen devices, such as the company’s upcoming Surface Neo. However, due to several delays, Microsoft is reorienting Windows 10X for single-screen devices.

Regarding the emoji panel specifically, it looks like Microsoft integrated the Windows 10X emoji panel into the new keyboard.

Considering the number of touch-oriented Windows 10 devices there are — including several of Microsoft’s own Surface 2-in-1s — any improvements to touch on Windows 10 will be welcome.