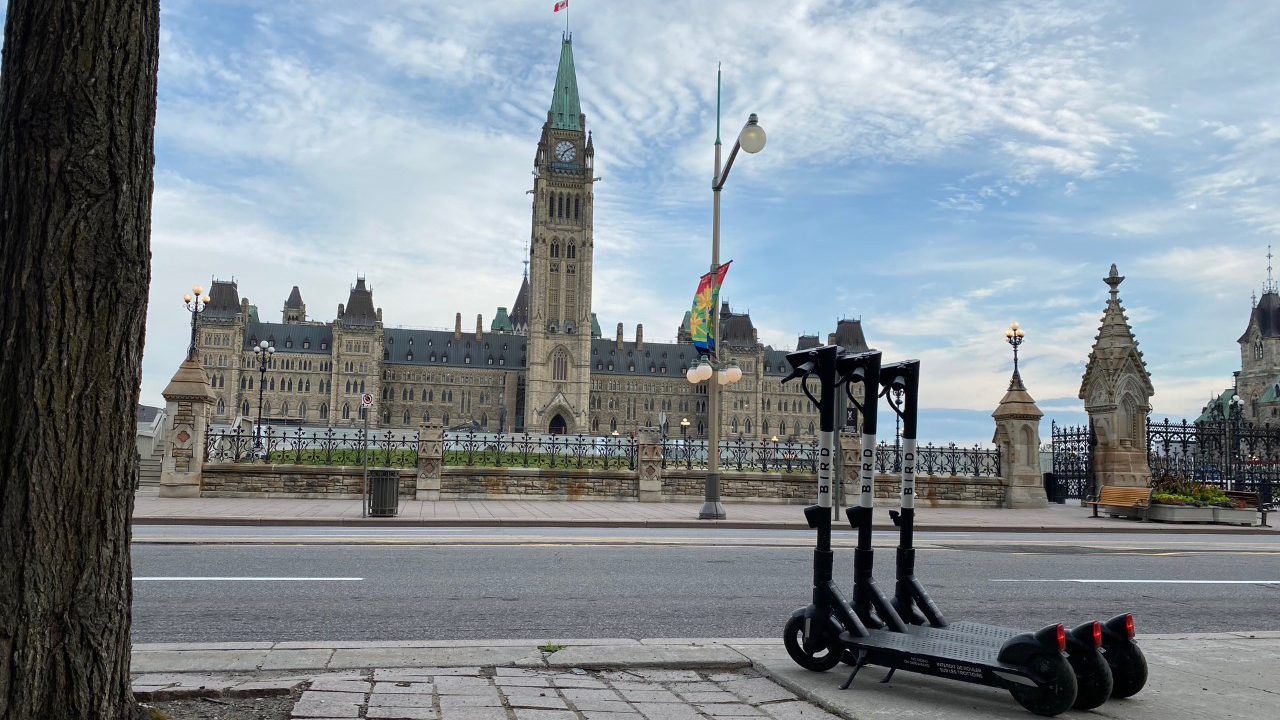 Bird Canada has revealed its e-scooters will soon be available in Ottawa, Ontario, as part of a pilot set to run until October 31st, 2020.

The program will see 260 Bird One shared e-scooters deployed throughout the city. Ottawa is the first city to launch an e-scooter pilot following the Ontario Government’s reveal of a five-year project aiming to support new and emerging transportation technologies that help people move safely and efficiently around a city.

“As the first city in Ontario to launch a shared e-scooter pilot, Ottawa has demonstrated just how quickly City Council can be mobilized and implement the necessary by-laws to get up and running with a pilot,” said Stewart Lyons, the CEO of Bird Canada, in a recent statement

“Our hope is that other cities in the Province are inspired by Ottawa’s action and also plan to take advantage of the benefits that shared e-scooters deliver.”

Similar to other Bird pilots across Canada, you can find, pay for and activate a Bird One e-scooter through the company’s mobile app. A press release sent out by Bird Canada emphasizes riders should “park scooters in the furniture zone of the sidewalk, out of the public right of way, in line with benches, trees, and bike racks without blocking pedestrian travel.” Pricing is $1.15 CAD to unlock the scooter and then $0.35 per kilometre.

The company says it’s also bringing its informational ‘s.h.a.r.e. Safe Streets’ tour that aims to teach Bird users responsible and safe riding techniques, to Ottawa. Bird and other e-scooter sharing companies have been heavily criticized in cities around the world for being dockless since this allows riders to leave scooters anywhere, creating clutter on city streets.

Based on Ontario’s regulations regarding e-scooters, all Bird riders must be a minimum of 16 years old, those under 18 are required to wear a helmet, and all scooters need to be equipped with a bell, lights and brakes.

Finally, Bird’s e-scooters are only capable of travelling 20km/h and can’t be ridden on sidewalks. Further, the Ottawa pilot project is limiting Bird e-scooter use to multi-use pathways, footbridges and on roads with speed limits of 50km/h.

Lime will also launch a similar e-scooter pilot in Ottawa soon, according to the CBC.

Despite Lime and Bird e-scooters appearing once again on Calgary streets amid the ongoing COVID-19 pandemic, it remains unclear if the scooter giants plan to expand to Toronto. Lime’s Waterloo, Ontario e-scooter pilot ended on August 12th, with the city stating it wants to work with the province to introduce more e-scooter friendly legislation. Montreal banned all shared e-scooters in the city back in February 2019 after rampant issues with riders not following rules.

In Toronto, Bird launched a pilot project in 2019 in Toronto’s Distillery District that ran from September 5th to the 15th. E-scooters are not included in Toronto Public Health and Transportation Services’ ‘ActiveTO‘ effort to offer more space for people walking and cycling.

With the end of the COVID-19 pandemic likely months and in some cases years away, it makes sense for Canadian cities to begin exploring alternatives to traditional public transit given how difficult it is to practise proper social distancing on a bus, streetcar or subway.

It’s unclear if Bird eventually has plans to bring its e-scooters to more Canadian cities.