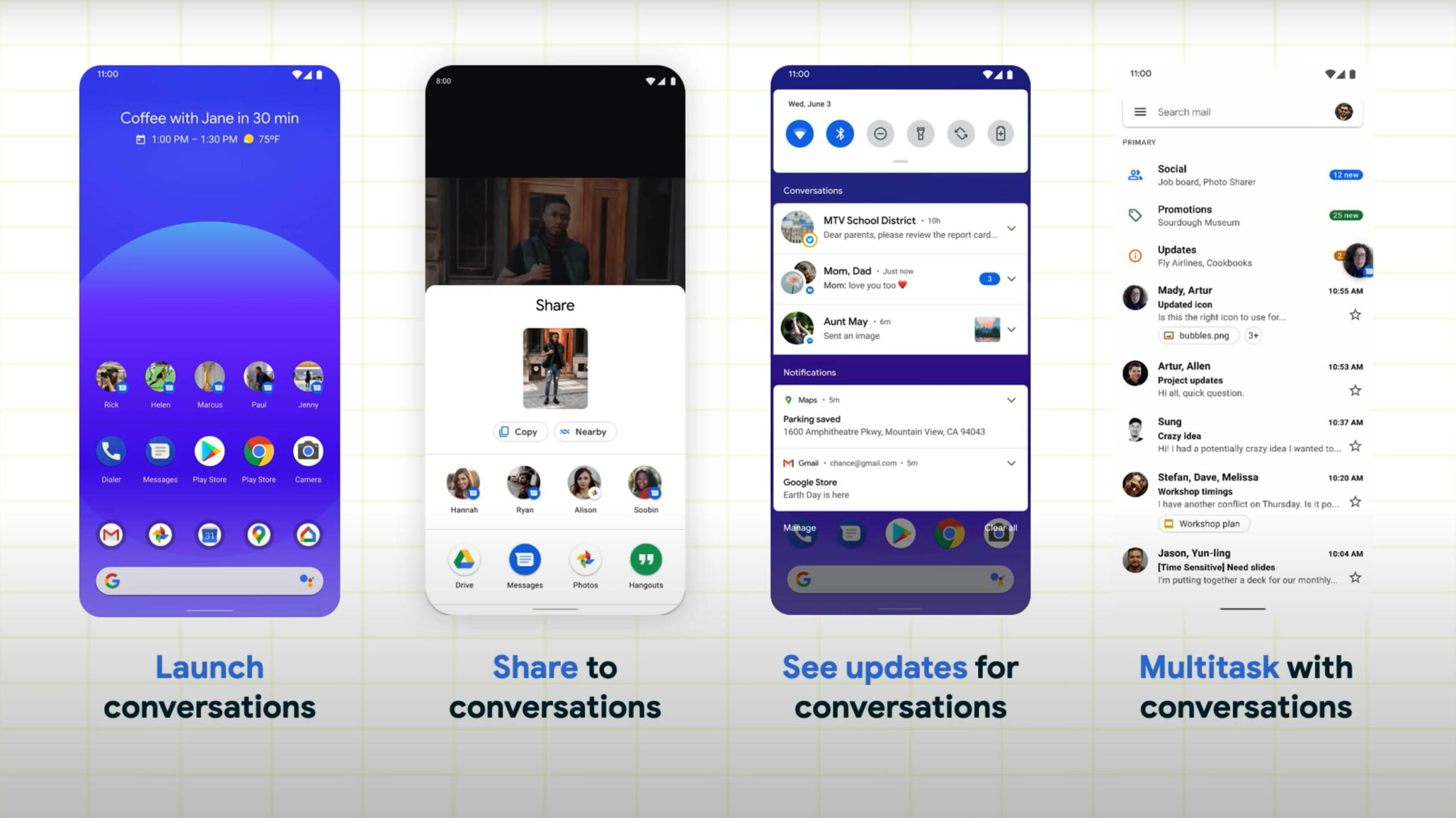 This week marks the first of Google’s ’11 Weeks of Android’ series, which will feature videos and blog posts about upcoming features in Android 11. This week, the focus will be on ‘People & Identity.’ However, we’ve also gotten a preview of Android’s new ‘Nearby’ feature.

As spotted by 9to5Google, a video detailing how the new conversation features work in Android 11 also briefly showed some renders that included a look at Nearby. If you haven’t played around with the beta yourself, or if you haven’t been following the coverage, Android 11 brings several tweaks to how the operating system (OS) handles conversations.

That includes a new section in the notification shade for conversations, which elevates notifications from chat apps like Messages, Facebook Messenger and even Twitter DMs to the top of your notifications. Additionally, there’s the new ‘Bubbles’ feature that is essentially an Android system-level version of Facebook Messenger’s Chat Heads feature.

The new ‘Conversation notifications: New features & best practices video’ released by Google focuses on how developers can implement these new tools in their apps. However, at the 0:33 second mark, the video displays four rendered Android screens. The second one from the left features a look at the Share menu, which includes a button to access ‘Nearby.’

Nearby, for the unfamiliar, is Google’s take on Apple’s AirDrop feature. It will allow Android users to share links, files and other content with people who are nearby — hence the name. Previously, the feature was called ‘Fast Share’ before getting renamed to ‘Nearby Sharing.’

While the video shows renders, 9to5 notes that the images should be reflective of Android 11’s final design. That means the ‘Nearby’ button will be prominently placed at the top of the Share sheet next to a ‘Copy’ option. It’s a significant upgrade for Nearby, which was previously just another icon among the apps listed on the Share sheet.

It also suggests Nearby will be more deeply integrated into Android 11 and could launch sooner rather than later.