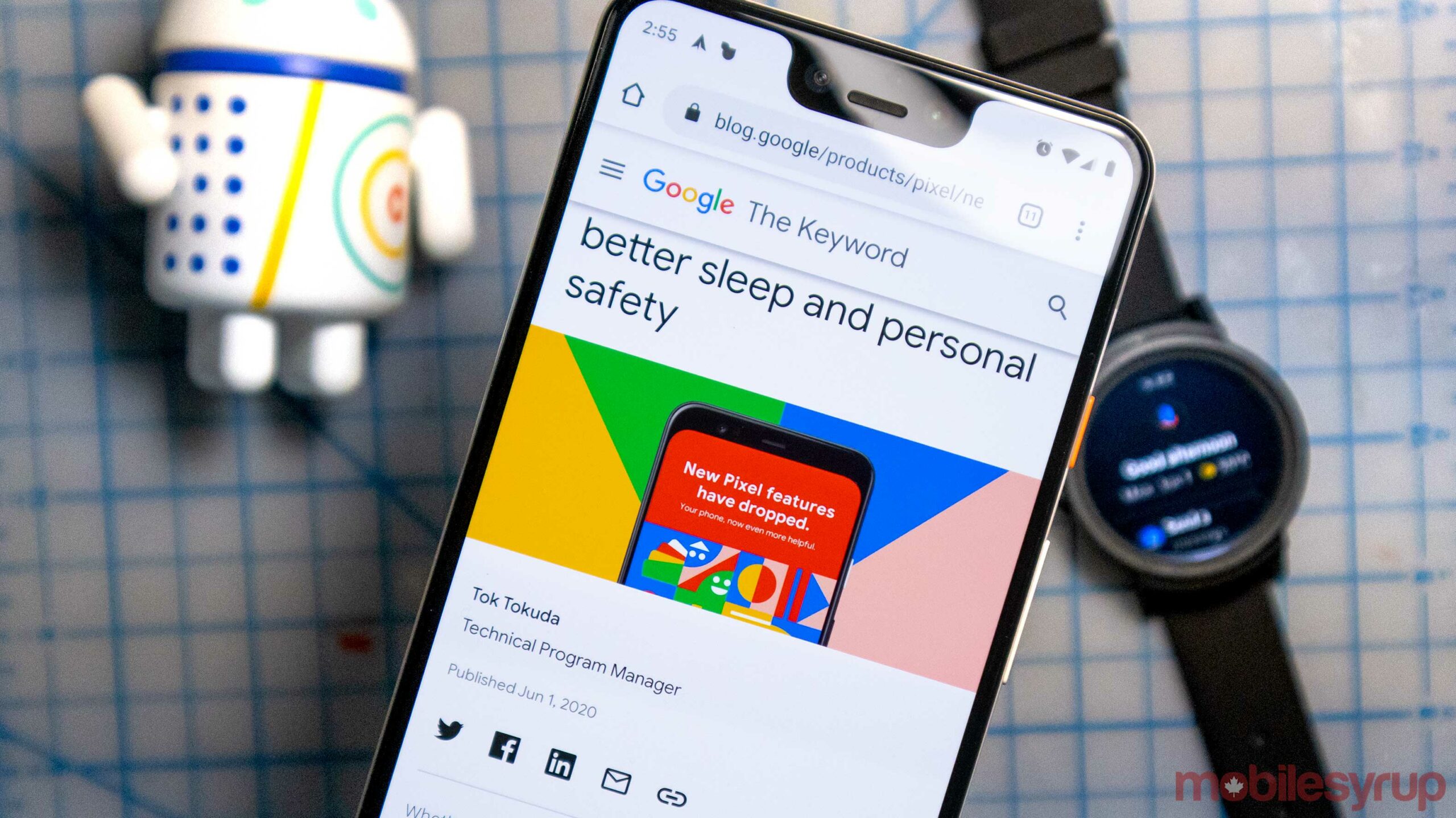 Google has announced all the new features are making their way to Pixel phones soon, including improvements to the ‘Adaptive Battery’ software and a new ‘Bedtime mode’ to help people develop a consistent sleep schedule.

These updates should begin rolling gout today and everyone eligible to get them should have them within two weeks. I was able to get the new features on my Pixel 3 XL after I installed the June security update.

While Bedtime Mode has been available on Android for a while, allowing users to grey out their screens, limit app usage and turn on ‘Do not disturb’ with the touch of a button, this new update takes things even further.

This additional feature is going to be tucked inside the Google Clock app along the bottom with all the other tools. It’s worth noting that the feature recently leaked, and we now know more details about how it works.

When you tap on Bedtime, you’ll see a new interface that asks you to set what time you’d like to fall asleep and wake up. This is to help maintain a regular sleeping pattern, which Google says can “establish a strong circadian rhythm and can improve the quality of your sleep.”

Once this is set, you’ll see a preview of tomorrow’s calendar and how many hours of total sleep you’ll get. Before bed, your phone will send you a notification reminding you to get ready to sleep and if you wish, it can play calming music from a variety of sources.

If you’ve linked this with Digital Wellbeing, you can also see what apps you use the most before bed so you can try to curb your usage of them.

In the morning, the app will slowly brighten your phone screen with a yellow, sunlight-ish, coloured light 15 minutes before your scheduled alarm. I’m a little skeptical of how bright a phone screen can be, but I do stand behind how favourable a wake light can be.

Google says this is coming to Pixel phones today, and other Android devices will get the update later this summer.

This update allows the phone to more accurately predict how long the battery will last and can reduce background tasks to help the phone last longer.

There’s no mention of when this is rolling out or, on average, how much more battery people can expect to get from it. Other Android phones also use Google’s Adaptive battery tech, so it’s unclear if they’ll get this update in the future or not.

The Recorder app can now search, start and stop your recording by using voice via Google Assistant.

You can also share transcripts of these recordings directly to Google Docs, making it easier than ever to edit once you’re done.

Google is finally adding the handy personal safety app to all Pixel devices. The headline feature of this app is ‘Car Crash Detection,’ but it’s not available in Canada yet.

However, the other updates seem to apply to Canadians. One is called ‘Safety Check’ and the other allows you to get updates about weather alerts and other public emergencies on your phone.

Safety Check is a pretty cool feature for people who like to do risky things alone. You would set this up before you leave to do something like mountain biking to remind you to check in with your selected contact at a set time.

If you don’t check-in, the app will alert your contact, and if you’re in real trouble, it can show your location on Google Maps to a few pre-set emergency contacts.

While all of these updates should roll out to most Pixel devices, anyone still using an original Pixel or Pixel XL won’t get any of these features. The OG Pixel phones got their last update in December 2019.