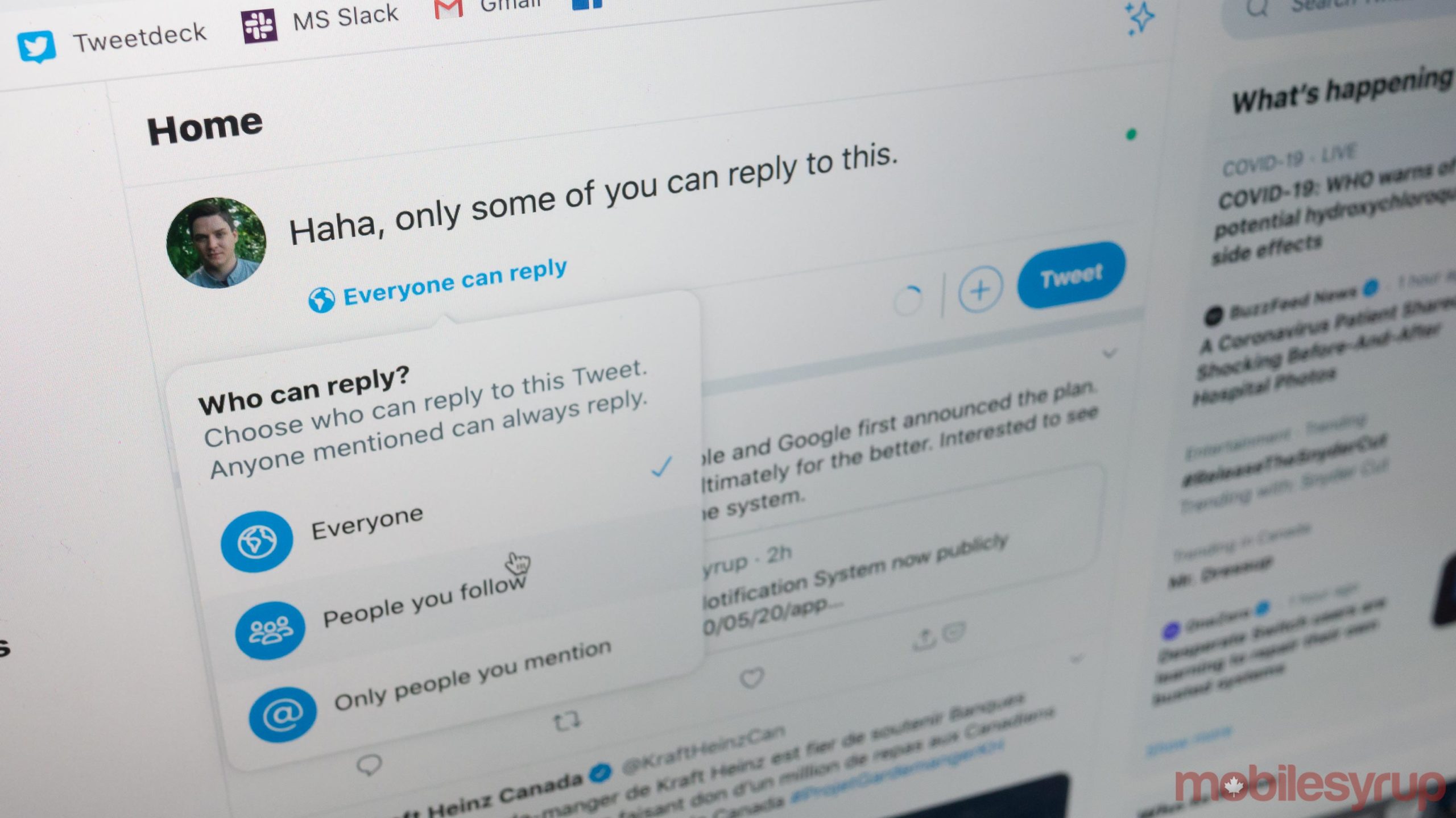 If you’ve ever tweeted an inside joke at a specific person on Twitter, only to have one of your followers engage with it for reasons that remain unclear, there’s a possibility the social media platform’s new reply controls feature could be useful to you.

Twitter recently confirmed a limited group of users will soon be able to restrict who can reply to Tweets. Before you tweet, you’ll be able to reply with three different options: ‘Everyone’ (the default setting), ‘Only people you follow,’ and ‘Only People you mention.’ With the latter two options, the reply icon is greyed out so people can’t reply. The tweet will still show up in these user’s feeds, and they can Retweet, Retweet with Comment and like the Tweet, but they won’t be able to respond to it directly.

A new way to have a convo with exactly who you want. We’re starting with a small % globally, so keep your ? out to see it in action. pic.twitter.com/pV53mvjAVT

A previous version of this feature included a fourth option called a ‘Statement’ that no users could reply to. Statements are not part of the current reply system the social media platform is currently testing.

While an interesting move by Twitter, the fact that users can still retweet tweets aimed at specific people negates the purpose of the new feature to an extent. If someone wants to interrupt the flow of a conversation, they can just retweet content with their own thoughts instead of directly replying.

Twitter has experimented with the possibility of making several changes to the platform, including giving users the ability to hide replies and ‘Fleets,’ tweets that disappear after 24 hours.

Reply controls seem to currently only be available in the desktop version of Twitter and not on iOS or Android. The social media platform says a small percentage of users globally currently have access to the new reply system.

Facebook executives to meet with organizers of ad boycott campaign