Hopefully, a Nintendo Direct is imminent as well 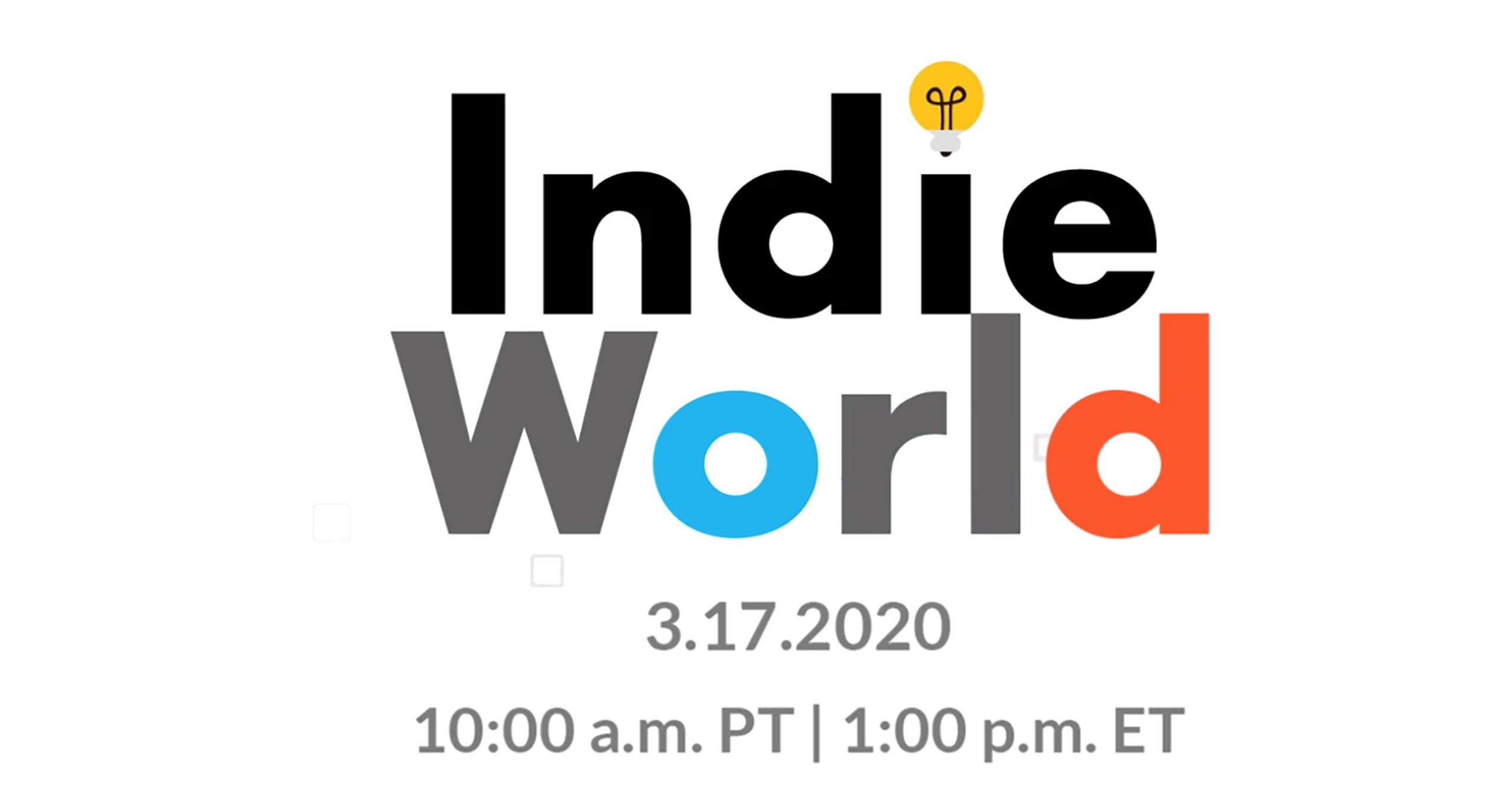 Nintendo has announced that it will host a new ‘Indie World Showcase’ on March 17th.

As with previous Indie World Showcases, the roughly 20-minute upcoming stream will focus on independent games that are coming to the Switch.

Nintendo will stream the Indie World Showcase at 1pm ET on YouTube and Twitch.

Interestingly, the indie presentation comes before a proper Nintendo Direct, which many fans have been eagerly anticipating for quite some time. Directs typically reveal a slew of new first- and third-party games coming to the Switch, but there hasn’t been one since September 4th.

Meanwhile, the most recent Indie World was held on December 10th. In terms of higher-profile games, Nintendo has only streamed Directs focused on single franchises, like Animal Crossing and Pokémon. The absence of a general Direct about a variety of Switch games has particularly been felt among fans, given that Nintendo’s 2020 games lineup largely remains a mystery.

While the Indie World will alleviate this somewhat, it still remains unclear what Nintendo has in store for the year when it comes to major game releases. As it stands, only a few games are confirmed to be coming to the Switch in 2020, such as Animal Crossing: New Horizons (on March 20th) and Xenoblade Chronicles: Definitive Edition (TBA 2020).

It’s worth noting, however, that confirmation of an Indie World Showcase this week falls in line with recent reporting from VentureBeat. Last week, the tech outlet stated that Nintendo would host an indie-focused stream this week, with a proper Direct coming the following week. Given that the first half of that report has now been confirmed, it’s likely that Switch owners can expect a Direct by the end of the month.