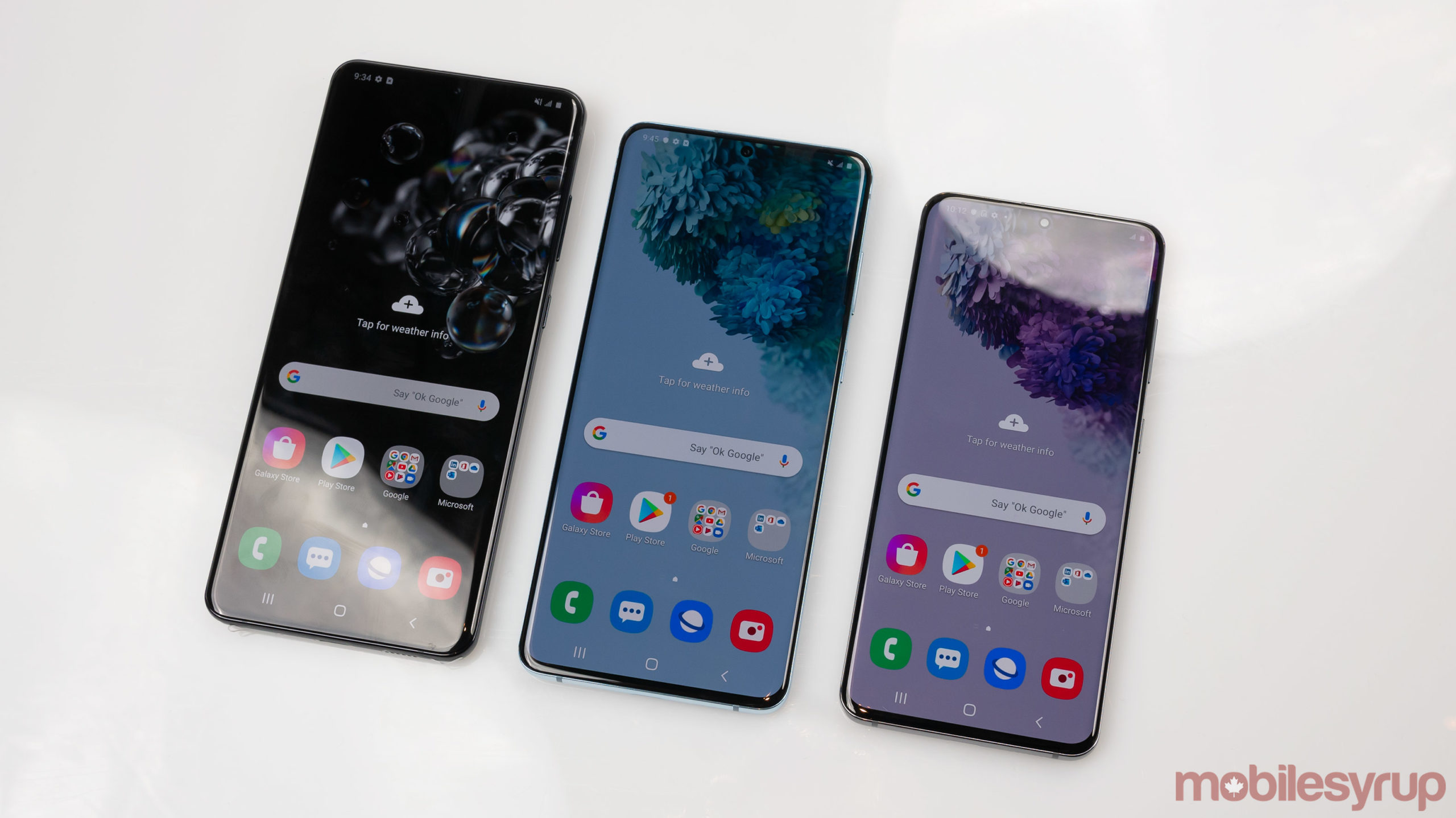 Samsung’s latest S series devices, including the Galaxy S20 Ultra, the S20+ and the S20, are now available in Canada.

Samsung’s new S series smartphones are available from Canadian carriers, including Rogers, Telus, Bell, Virgin, Vidéotron, Freedom Mobile and Sasktel, for as low as $0 on a 24-month term.

The S20, which in some ways replaces last year’s S10e, sports a 6.2-inch screen. The S20+, on the other hand, features a 6.7-inch screen, while the S20 Ultra sports a massive 6.9-inch display. Beyond size, all three devices feature several notable differences.

We have full reviews for the S20, the S20+ and the S20 Ultra up on MobileSyrup right now.