Spotted in the latest Canary build by Android Police, the feature is accessible via new Android-like media controls accessible through a button in the address bar. Further, Android Police notes that the PiP feature doesn’t require users to enable any flags — semi-hidden settings in Chrome that developers use when testing new features — to get it up and running.

Further, AP notes that it’s available on both macOS and Windows, but in my testing, the feature wasn’t present. It’s not clear if it’s just not available to Canadians, or if the rollout is limited in scope. 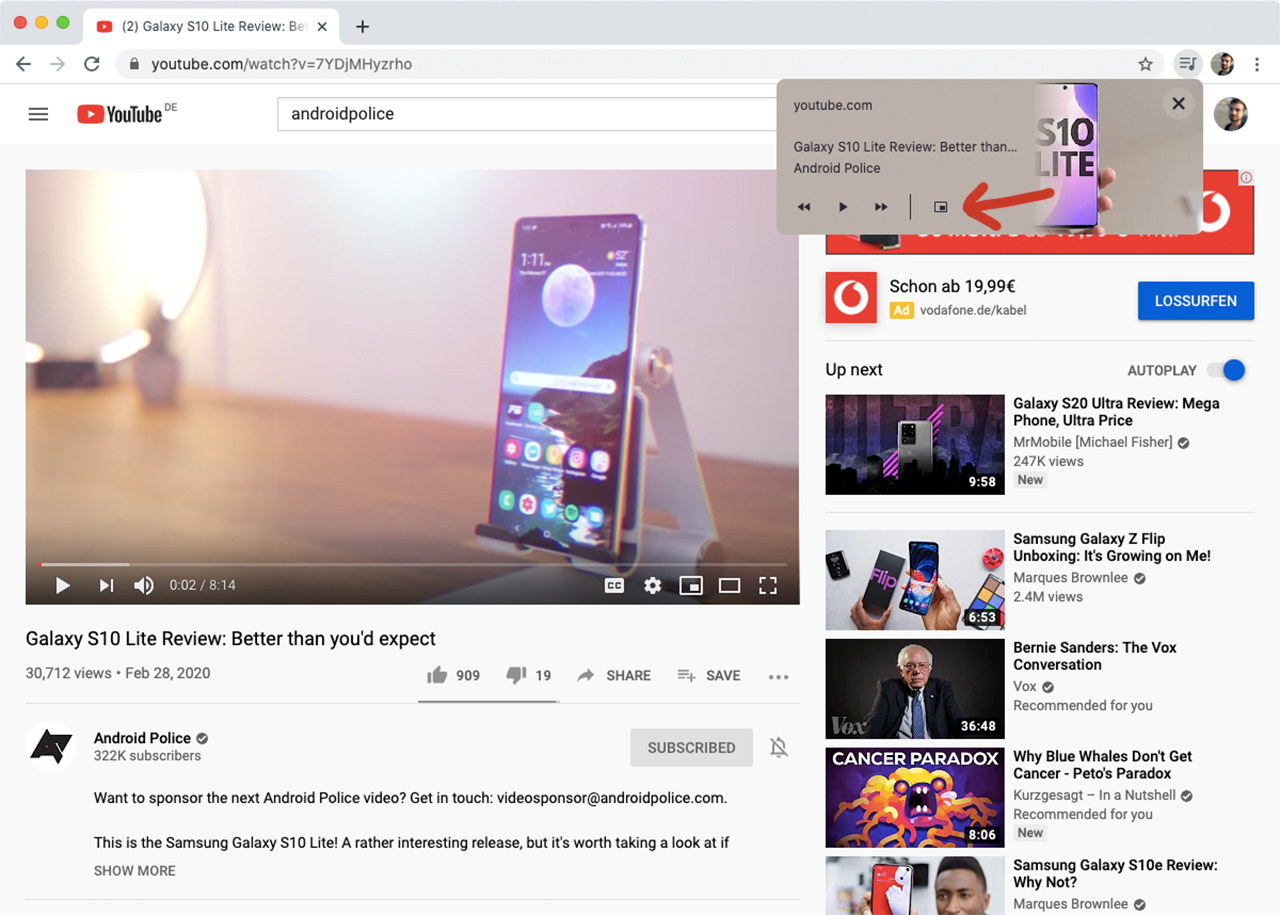 Regardless, the addition of a more accessible PiP mode is welcome. Chrome has supported PiP since version 69 (the current Chrome Canary build is version 82). However, to use PiP, you had to right-click on a video. Unfortunately, some sites offer custom right-click menus. One of the more egregious examples is YouTube, which also happens to be one of the biggest video streaming services. As such, people have to right-click twice on a YouTube video to get the Chrome menu with the PiP option.

Thankfully, the new PiP method is much simpler. Users just have to click the media icon to the right of the address bar in Chrome and then click the PiP button. Doing so pops out the currently playing video and puts in the corner of the screen.

Ultimately, it’s a small but welcome change coming to Chrome. However, if you’re not willing to use Canary, Chrome’s less stable test version, it won’t be too much longer before the feature makes its way to the stable channel. The Chrome team expects to release Chrome version 82 to the stable channel in April 2020.

Netflix is testing a picture-in-picture feature on desktop