Rules will let users create behaviour responses on their Pixel phones, such as when connected to a specific Wi-Fi network, the phones will silence itself 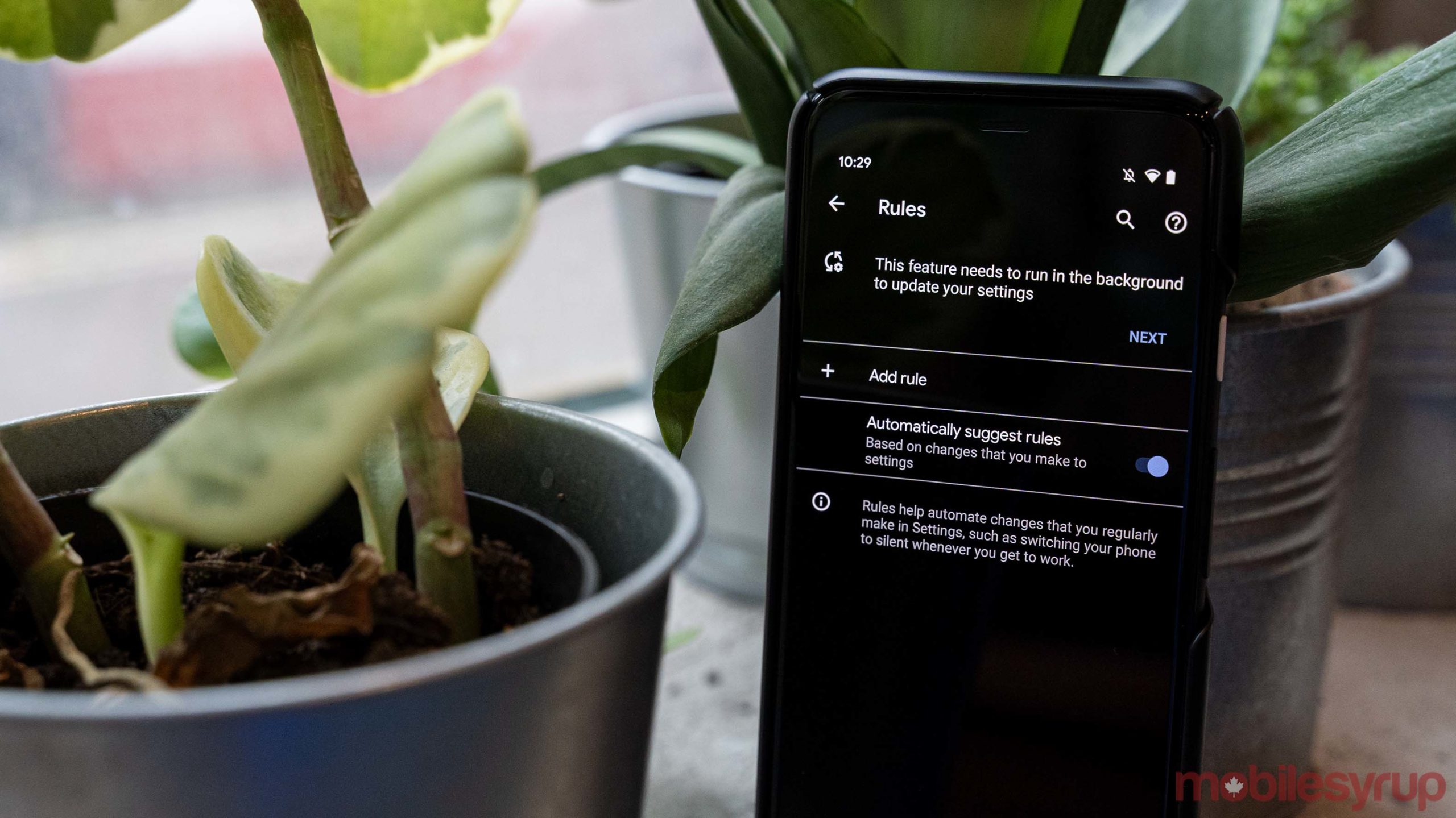 If you’ve ever heard of Tasker or IFTTT, Rules is a similar, albeit far more limited, automation service that’s built right into the Android operating system. Rules first turned up back in October on a limited number of devices, but now it appears to be rolling out to more users. That includes in Canada — both my Pixel 4 and my colleague’s Pixel 3 XL have the Rules feature. However, some have reported seeing it on other models, including the older Pixel 2 line.

To access Rules, simply open up the Settings app on your Pixel phone, then System > Advanced > Rules. From there, you can set up and use different rules on your phone. It’s worth noting that in order to work properly, you’ll have to allow Rules to run in the background. An Android 10 pop-up notes that doing so “may reduce battery life.” 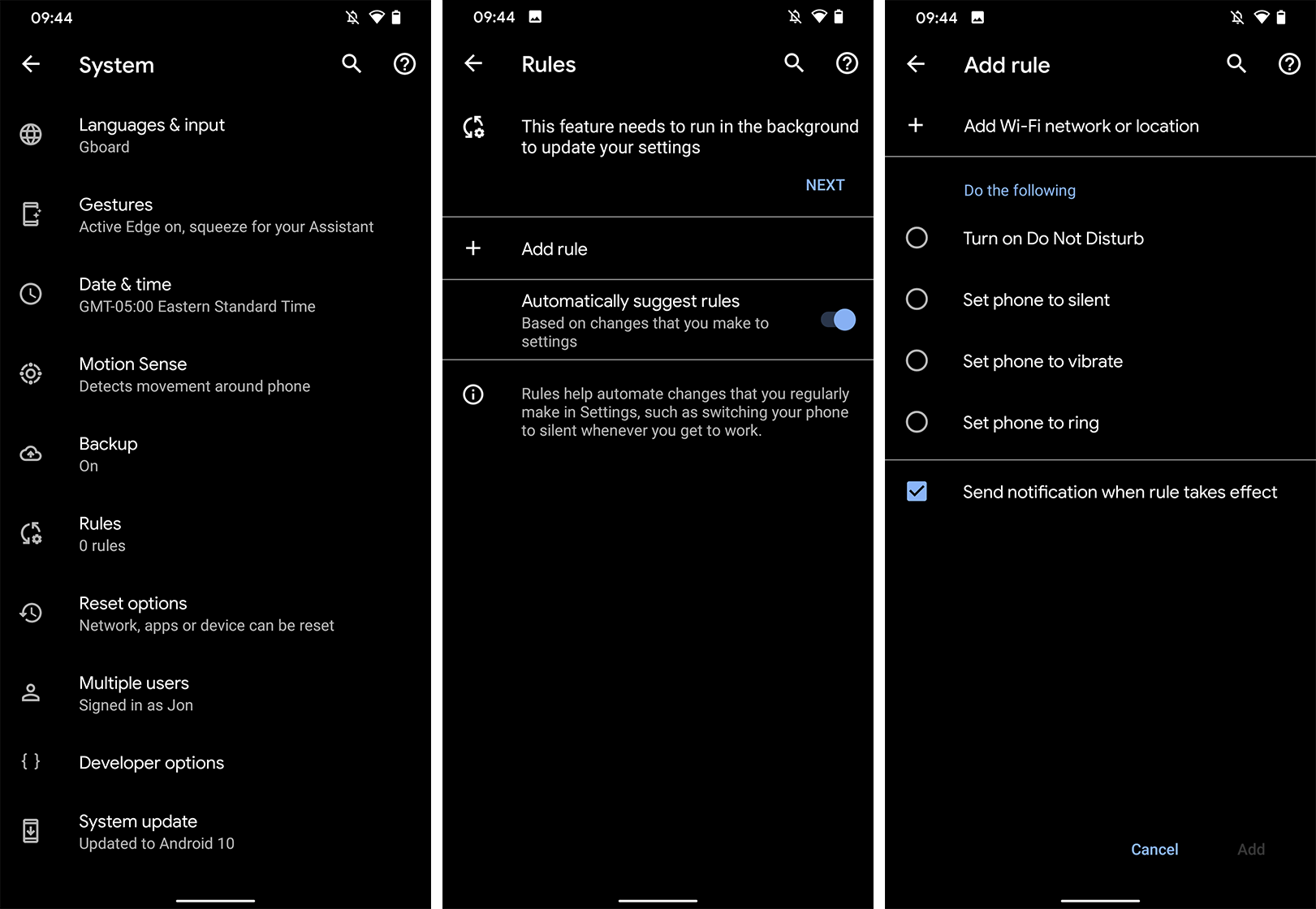 Once enabled, users can add rules. Currently, you can set up triggers based on Wi-Fi or location. In other words, when your phone connects to a specified network, such as the Wi-Fi at the office, or when it detects you’re in a specific location, your phone will execute the rule. Current rules are as follows:

There’s an option to have your phone notify you when a rule takes effect.

For the moment, Rules’ triggers and behaviours are limited. Hopefully, Google expands the behaviour in the future to include more options, such as turning Wi-Fi on or off when in a specific location, time-based triggers and more.

Further, Rules could see an expanded rollout this month with the next expected Pixel feature drop. 9to5Google spotted some code in an APK teardown of the latest Pixel Tips app which suggests the next Pixel feature drop will land in March and could bring new features including dark mode scheduling, updated Motion Sense gestures and more.