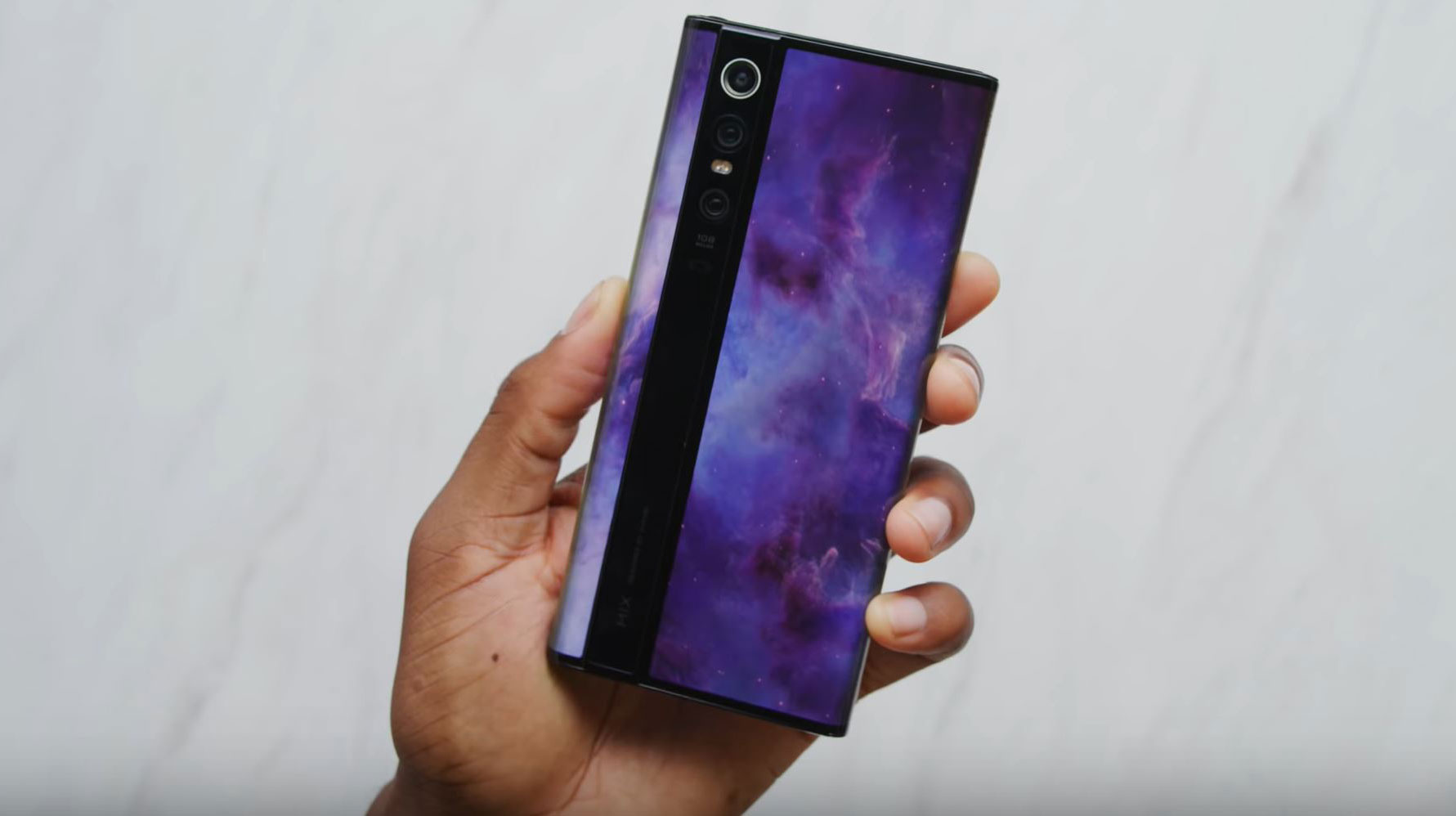 The prototype is constructed of titanium alloy, and the camera covers are made of sapphire glass.

But none of that really matters because the smartphone’s main selling point is its 2088 x 2250 OLED display that wraps around to the camera strip at the back. The extra screen displays notifications, a clock, status bar icons and a digital volume button.

The phone only has one physical button at the top to turn it on and off.

Further, the device features an in-display fingerprint sensor and a speaker that vibrates the glass to produce sound.

The back screen is great for selfies, allowing users to use the primary 108-megapixel camera. The device also houses a 20-megapixel ultrawide and a 12-megapixel telephoto.

Flipping the device turns off the front of the smartphone and leaves only the back display on. The rear offers custom widgets for the weather, music, a timer and a voice recorder.

It’s unclear if Xiaomi plans to release the Mi Mix Alpha. It’s also important to point out that Xiaomi’s smartphones are not officially available in Canada.