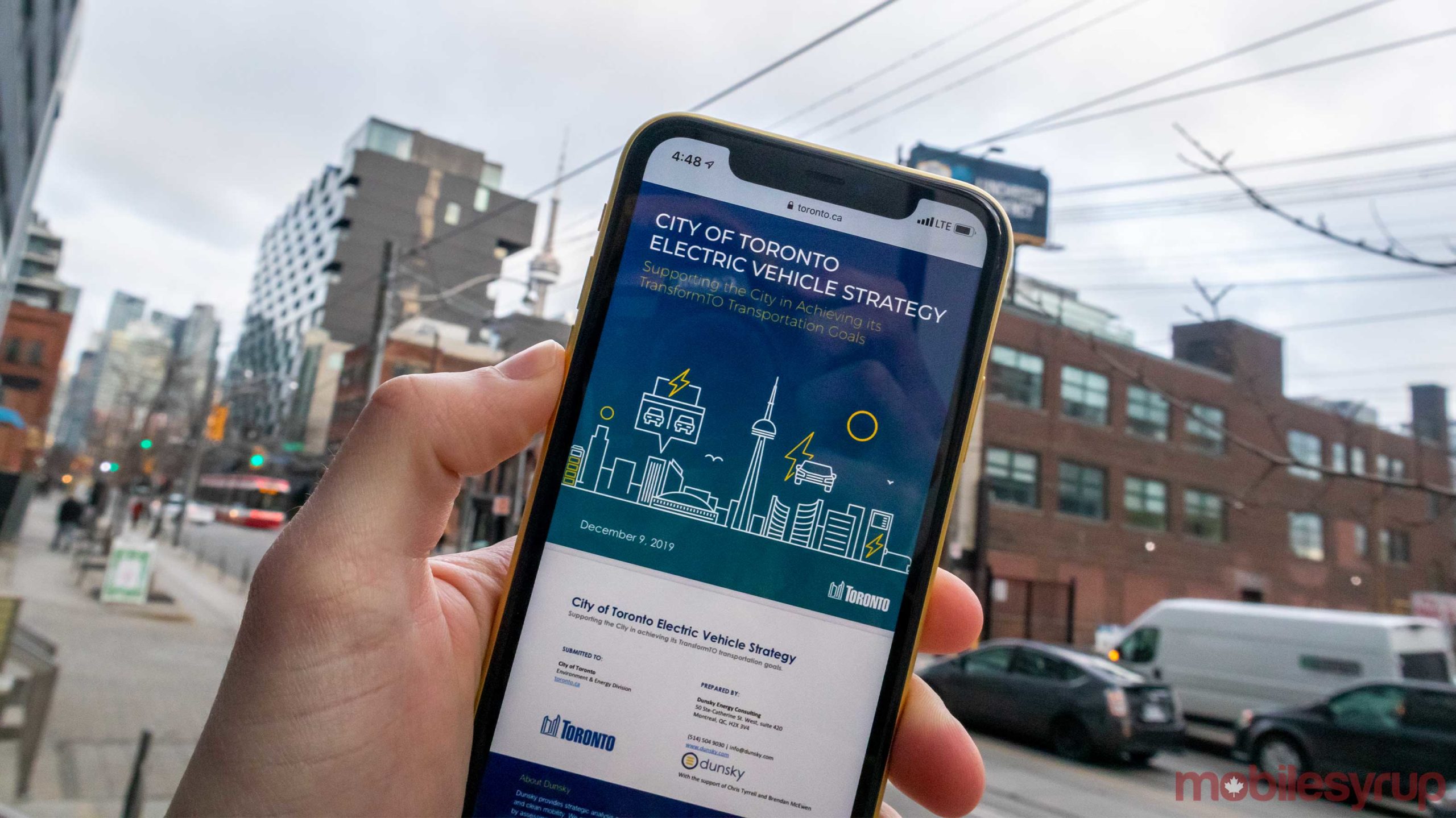 The Toronto City Council has voted to introduce an electric vehicle strategy for the city that will make all forms of transportation electric by 2050.

This strategy, which was developed by Dunsky Energy Consulting, has 10 key areas and many long- and short-term goals for helping Toronto reduce its greenhouse gas emissions.

The report mentions that passenger-owned vehicles make up 30 percent of the city’s overall greenhouse gas emissions, so replacing this array of cars, trucks and SUVs with EVs will reduce this considerably.

To help make it easier for residents to adopt these vehicles into their lives, the city is going to start its plan with charging infrastructure and charging station incentives.

Another interesting aspect of the report is that the city is looking for ways to provide incentives for people to switch to EVs. This could include reduced toll costs and EV-only driving zones.

Other ways to incorporate electric vehicles into the fabric of Toronto include convincing ride-sharing and vehicle for hire fleets to go electric.

On top of this, the city wants to pilot more forms of electric micro-mobility. These forms of transportation are things like electric scooters and bikes.

To make ride-sharing companies go electric, the report says it will force companies to make the switch while also offering incentives.

Toronto is going to advocate those new buildings in the city are constructed with EV charging ready parking spaces. While this is an interesting concept, the city needs to work with the Ontario provincial government to make this happen.

The city is also looking to make a website to teach residents about all of the incentives and plans, so it’s easy for residents to understand what’s happening in terms of EVs in Toronto.

It also mentions that it could use the website to get public input to help decide where charging stations should go.

Toronto also plans to lead by example by electrifying its city vehicle fleet of cars and trucks. There’s a plan called TransformTO that’s set to replace 45 percent of the city’s fleet to low-carbon vehicles by 2030, and 100 percent by 2042.

The final section of the report revolves around researching EVs and the space surrounding them.

It’s going to do this by providing funding to Toronto post-secondary schools that are studying EV tech. It’s also going to work harder to provide timely access to city-specific things that anyone might need to study.

Beyond just researching EVs, the city wants people to look into what to do with EV batteries once the cars are no longer in use.

The full report goes in-depth on all of these issues and you can read it here.

Source: The City of  Toronto