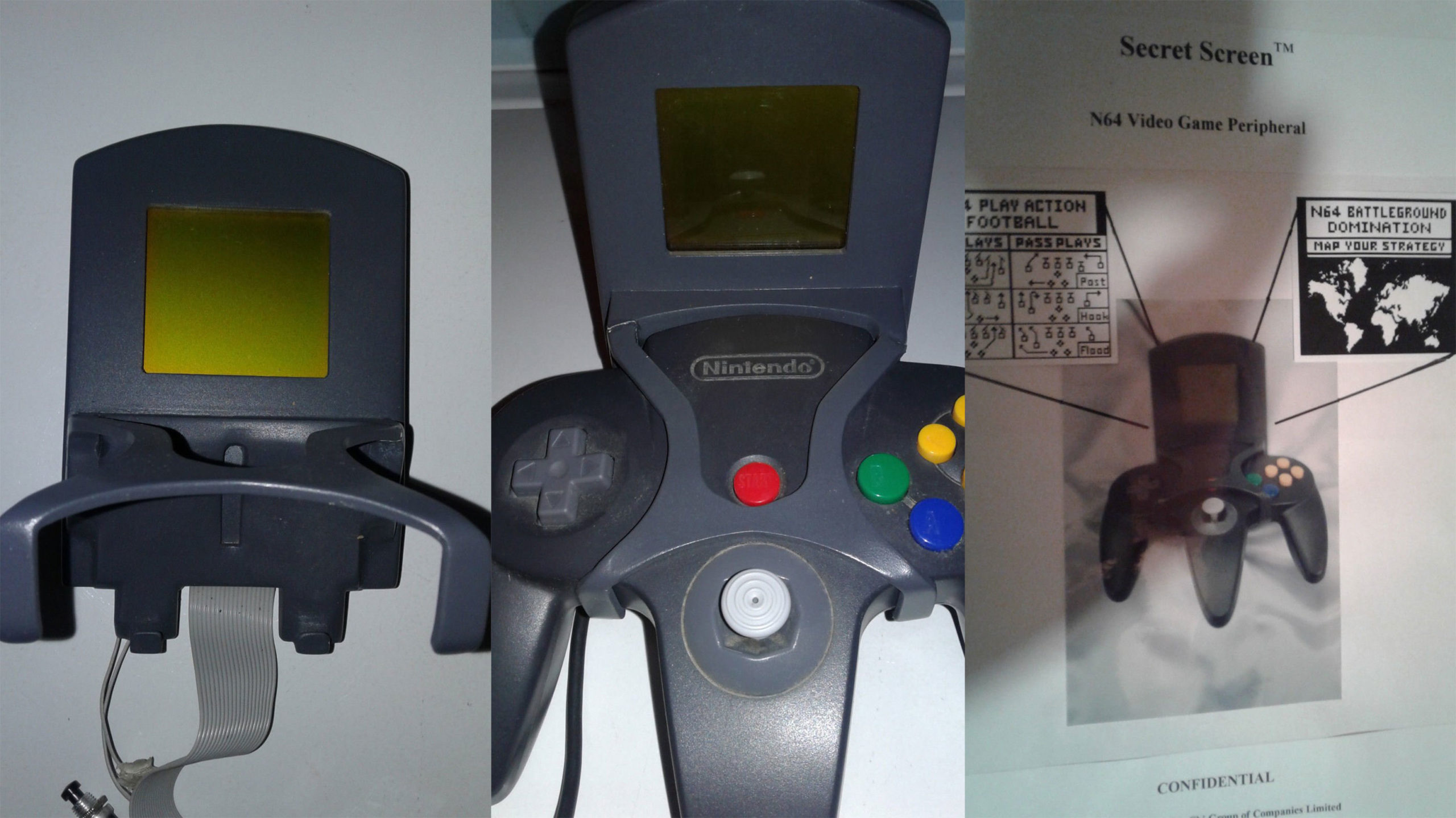 The Nintendo 64’s controller is iconic, but it’s also horrible.

By modern standards, the three-pronged gamepad feels incredibly awkward, but back in 1997, it was groundbreaking.

While we now know that the N64 controller’s joystick wasn’t durable and quickly became loose after only a few hours of use, it was tremendously influential in the video game console space for its time and helped usher in the 3D era.

This was a controller attachment with functions reminiscent of the Dreamcast VMU, although apparently created before the VMU went public… @GerryRobotics @Official64Mate pic.twitter.com/QWX6pJ88xF

Now, thanks to Shane Battye, a Twitter user and retro video game enthusiast who often shares stories and images of his massive retro gaming collection, we know that a hardware creator was at one point working on a secondary display attachment for the N64’s gamepad.

The prototype appeared in an eBay listing in January of 2018 but was taken down (presumably sold via an outside offer). The eBay description included additional information from the developer. pic.twitter.com/ZzCcJ4gvyz

Pulled from an old issue of Electronic Gaming Monthly (EGM), a developer named Dane Galden created a secondary screen accessory for the Nintendo 64 gamepad called the ‘Secret Display’ that adds a small display to the gamepad.

Galden aimed for the display to be used similarly to the Nintendo DS’ secondary screen, allowing certain features in games to only appear on the tiny display. According to the story in EGM, Galden was inspired to create the controller after his brother kept looking at his part of the screen while playing football video games. 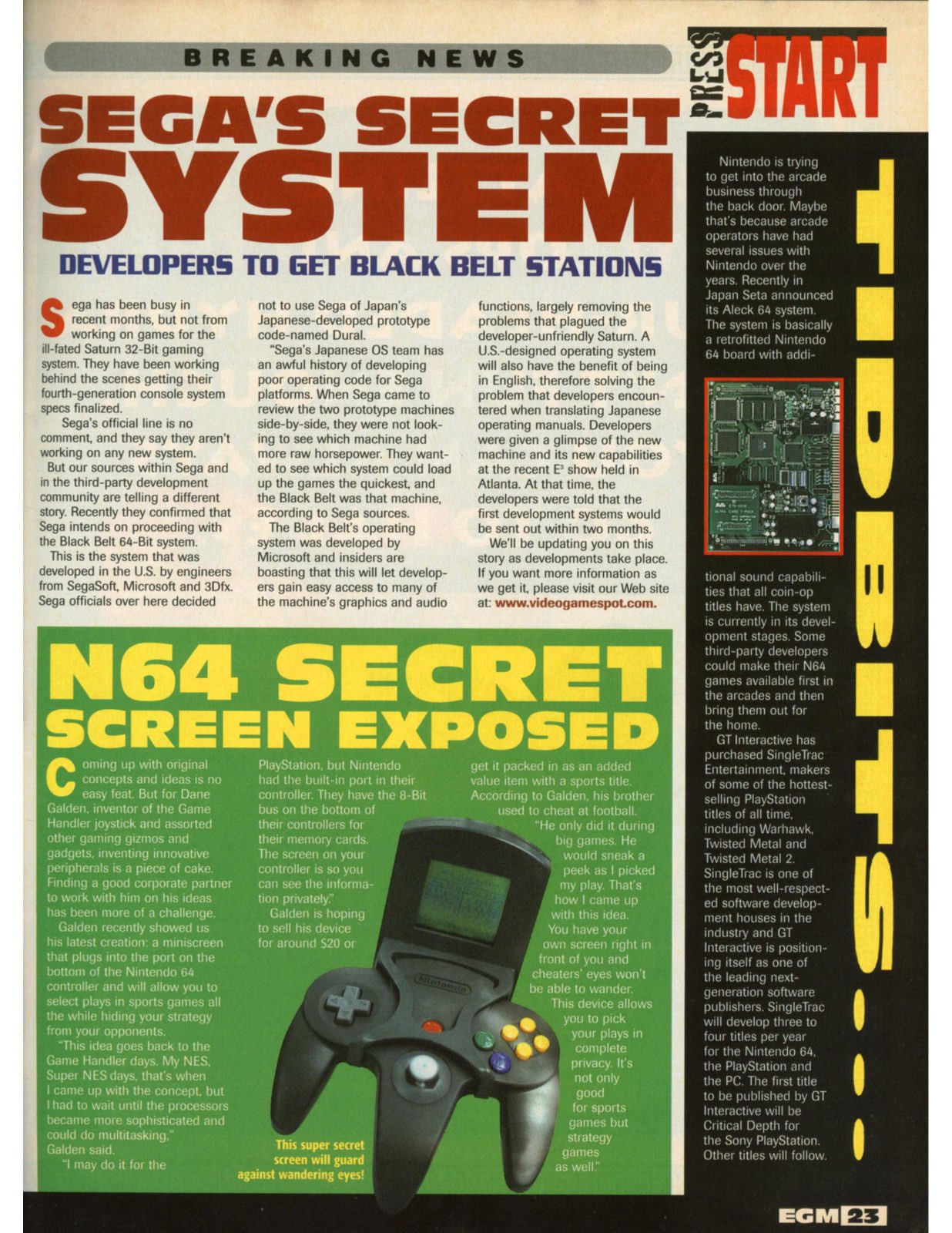 The accessory never made it to production and was eventually listed on eBay back in 2018. The listing was pulled and it’s believed that the controller sold to an outside seller.

In an interesting twist, Galden also claims that Sega’s engineers were inspired to create the Dreamcast’s Visual Memory Unit (VMU) based on his accessory’s design. While this hasn’t been verified, EGM’s story about the attachment appears on the same page as a rumour surrounding the ill-fated Dreamcast. Shane Battye says that various patent filings from the late 90s actually back up these somewhat farfetched claims.

Shane Battye also recently shared images of an Ultra 64 prototype controller that seems far superior to the gamepad that was eventually released for the Nintendo 64. The Ultra 64 was an early version of the Nintendo 64 that the Japanese gaming giant would subsequently release. The joystick itself seems higher-quality and includes a circular hole similar to what is featured in modern video gamepads.