Bell is reportedly going to increase its $65/10GB BYOD plan price by $5 in March, according to a notice being sent out to customers.

The plan will now be $70/10GB starting in March. It was originally $60/10GB when it was first released in December 2017 as a holiday plan. A copy of the notice was posted online by a Reddit user.

“Starting on your March 2020 Mobility bill date, your phone rate plan price will increase by $5.00/month,” the notice reads. 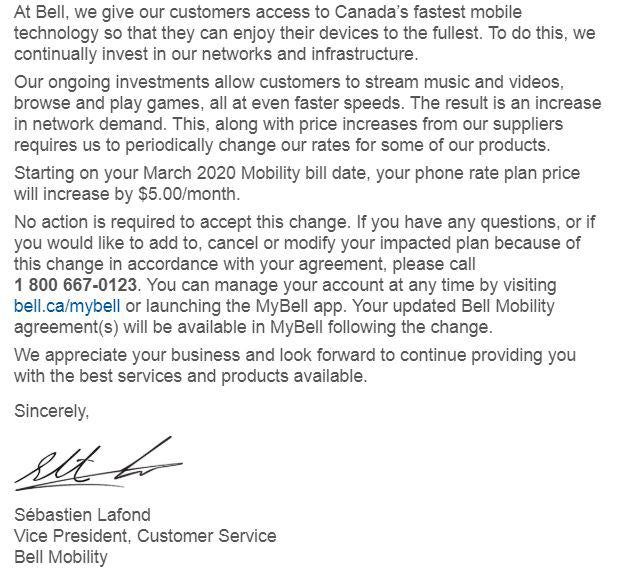 Additionally, some Bell internet customers have also received notices that their internet plan prices are going to increase by $5 as well.

“The monthly rate of your internet service(s) will increase by $5 each, as of March 1, 2020,” reads the notice received by a customer.

Have you received either of these notices? Let us know in the comments below.