Pixel 4 owners can finally unlock Box with their face 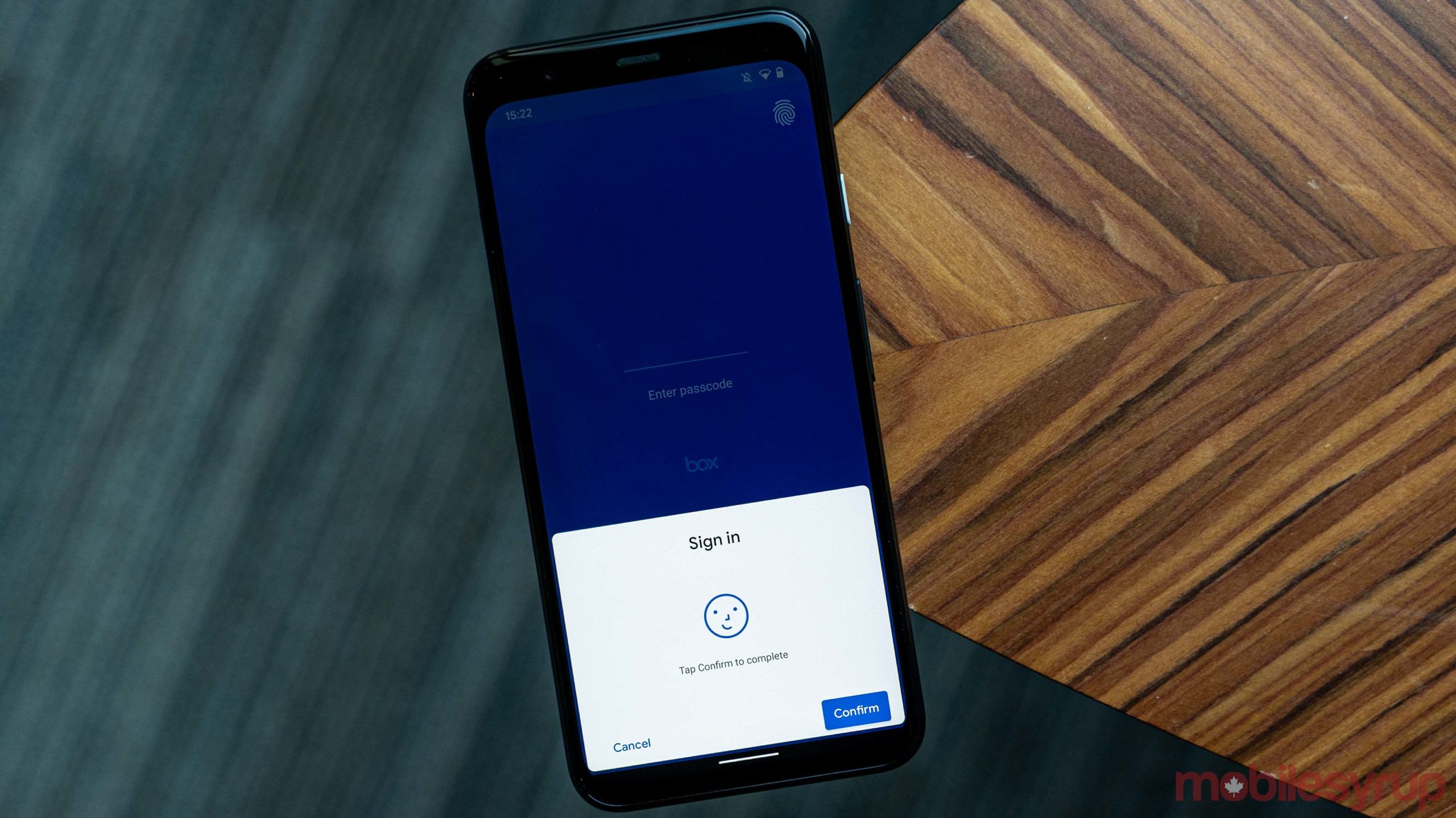 Box, a cloud storage app in the vein of Dropbox or Google Drive, is the latest to add support for the Pixel 4’s face unlock feature.

In the app’s latest update on the Play Store, it adds support for Pixel 4 face unlock, along with face unlock for other “supported devices.” Unfortunately, the app’s Play Store page doesn’t specify which devices.

Before the update, users could only secure their Box app using a PIN, password or fingerprint. Considering the Pixel 4 doesn’t have a fingerprint reader, Box users had to resort to using either the PIN or passcode. Now, Pixel 4 owners can unlock Box with their face. To do so, you first need to turn on passcode unlock. Once enabled, the app will allow you to turn on biometric unlock. Next time you open Box, it’ll scan your face.

However, Box is far from the only Android app that didn’t offer support for the Pixel 4’s face unlock feature. Many apps didn’t and still don’t support face unlock, particularly banking apps. Some apps, thankfully, supported the Android biometric authentication API, which allowed them to hook into a device’s authentication platform, regardless if it was a fingerprint reader or face scanner.

Those apps supported face unlock out of the box, while apps that chose to build out their own authentication software — particularly banking apps — didn’t support it.

It similarly happened with iOS apps when Apple first rolled out Face ID. However, Apple forces developers to use that API and let iOS handle it for them. Because of this, all Touch ID apps worked with Face ID at launch, making for a much smoother transition.

All that said, Android apps — such as Box — are slowly adding support, which is good. Hopefully more developers follow suit.