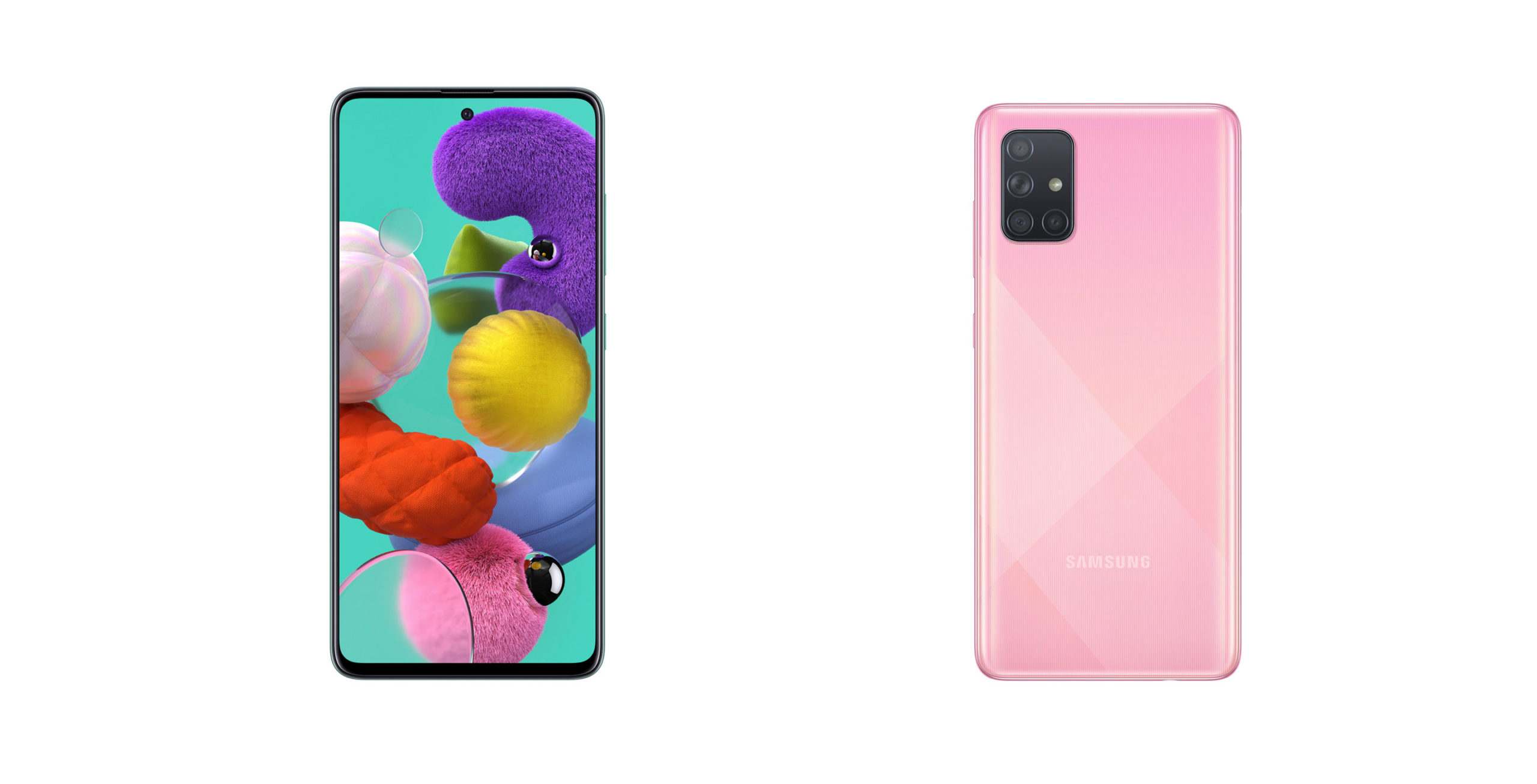 Samsung has quietly revealed its new Galaxy A71 smartphone.

Furthermore, the Galaxy A71 features a dual 2.2GHz + hexa 1.8GHz octa-core shop that’s likely built on the Snapdragon 730 processor, according to SamMobile. Additionally, Samsung is offering either 6GB or 8GB of RAM configurations and 128GB of internal storage. It also sports a 4,500mAh battery and support for 25W fast-charging.

Samsung is offering the device is ‘Prism Crush Black,’ ‘Silver,’ ‘Blue’ and ‘Pink,’ and will likely ship the phone with Android 10 out-of-the-box.

The South Korean company also launched the Galaxy A51.

The A51 looks like a smaller Galaxy A71 with similar specs. The device sports a 6.5-inch Full HD+ 1080 x 2400 pixel resolution Super AMOLED ‘Infinity-O’ display with a centred hole-punch camera. Further, the device includes an on-screen fingerprint sensor

Additionally, it has a 48-megapixel f/2.0 primary sensor, instead of a 64-megapixel one. All of the other shooters are the same as the Galaxy A71’s.

This phone comes in 4GB or 6GB RAM configurations, with either 64GB or 128GB of storage. It also features a 4,000mAh battery with 15W fast charging.

This device comes in the same colour variants as the A71.

The Galaxy A51 costs 7,990,000 Vietnamese dong ($452 CAD). Samsung has not yet revealed where else it plans to launch the A51. Additionally, the South Korean company has not unveiled pricing or when it will launch the Galaxy A71.

Considering Samsung released both the A50 and A70 in Canada, the South Korean company may launch the new devices here as well.