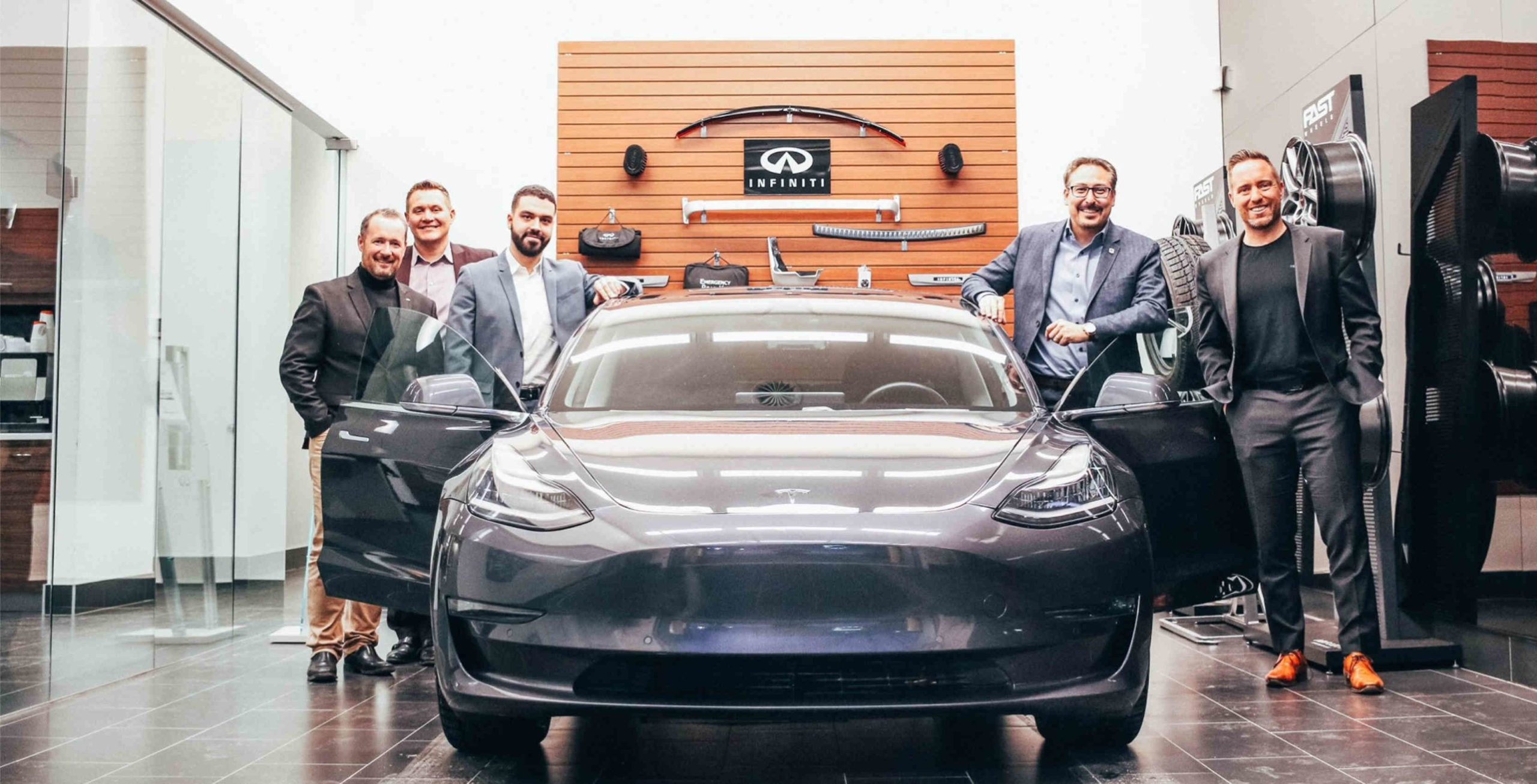 An Infiniti car dealership in Sherbrooke, Quebec has decided to sell the mayor of the city a Tesla.

Infiniti doesn’t currently offer any electric options and the mayor, Steve Lussier, wanted to switch to an electric vehicle. Since he’s been a loyal customer, the dealership decided to sell him a Tesla.

This is an odd move since both Tesla and Infiniti sell cars in the same high-end market.

The dealership’s Facebook page says that Infiniti is going to release some electric models in 2021, so Lussier’s Tesla is just a holdover until those models are available.