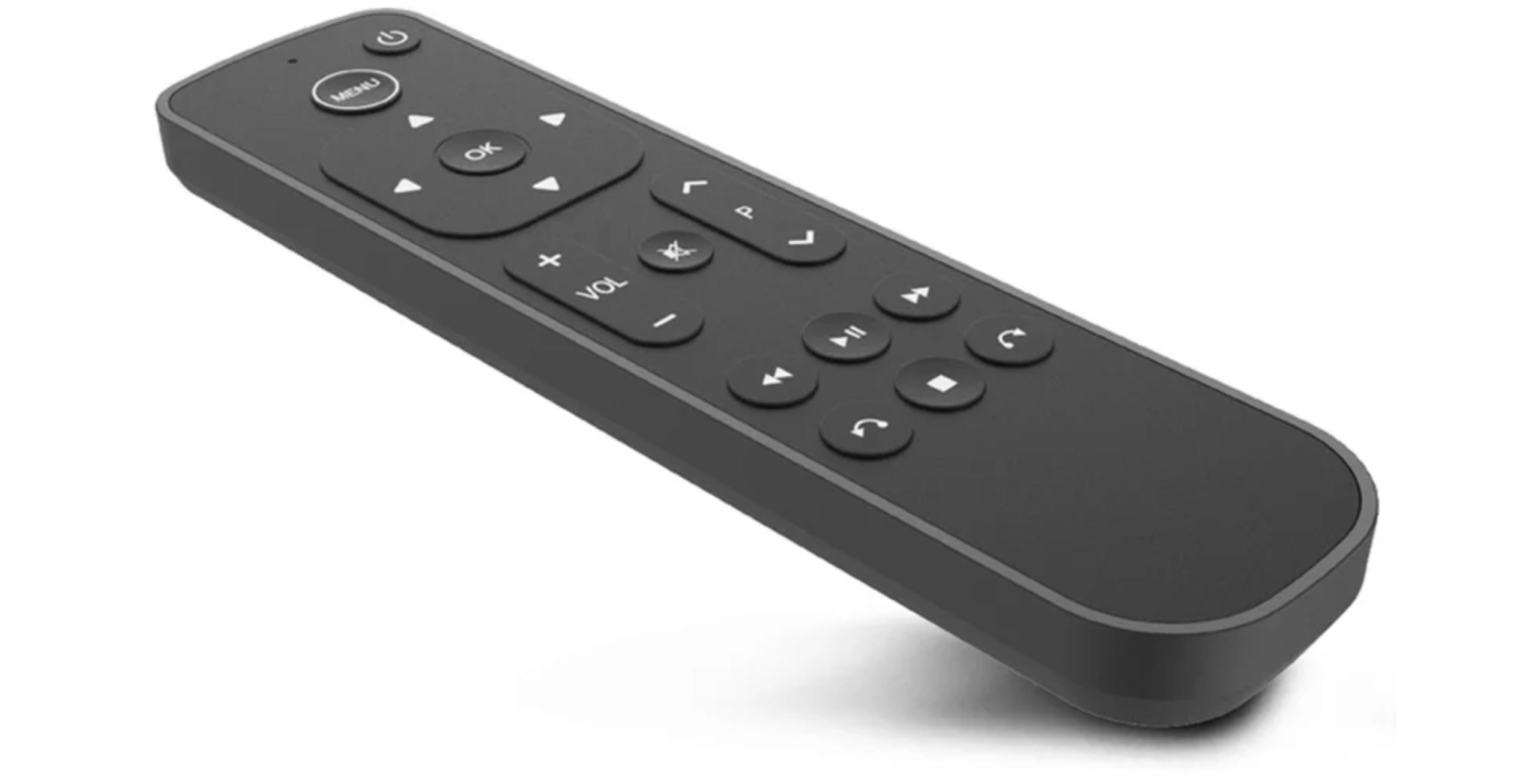 The Apple TV controller of my dreams has finally arrived — sort of.

Developed by Swiss telco Salt TV — which offers the Apple TV 4K as part of its broadband TV bundle — has launched a new, third-party Apple TV remote that allows users to control its 250-plus channel streaming service through Apple’s set-top box.

The controller costs just under 20 Swiss francs (roughly $26 CAD), and was reportedly developed in close collaboration with Apple. Unsurprisingly, Salt created the remote after the company’s subscribers complained about the touchpad-based controller that comes with the Apple TV and Apple TV 4K.

The third-party remote works right out of the box and doesn’t require additional pairing with the Apple TV. More importantly, it features directional arrows instead of the Siri Remote’s frustratingly inaccurate glass touch interface, a power button, a menu button and separate volume and channel rockers.

Unfortunately, it also doesn’t feature a microphone or Siri support, which makes sense because Siri isn’t available on the Apple TV in Switzerland.

Given how many issues I’ve had with the Siri Remote over the last few years, I’m hoping that this remote somehow magically starts being sold on Amazon.