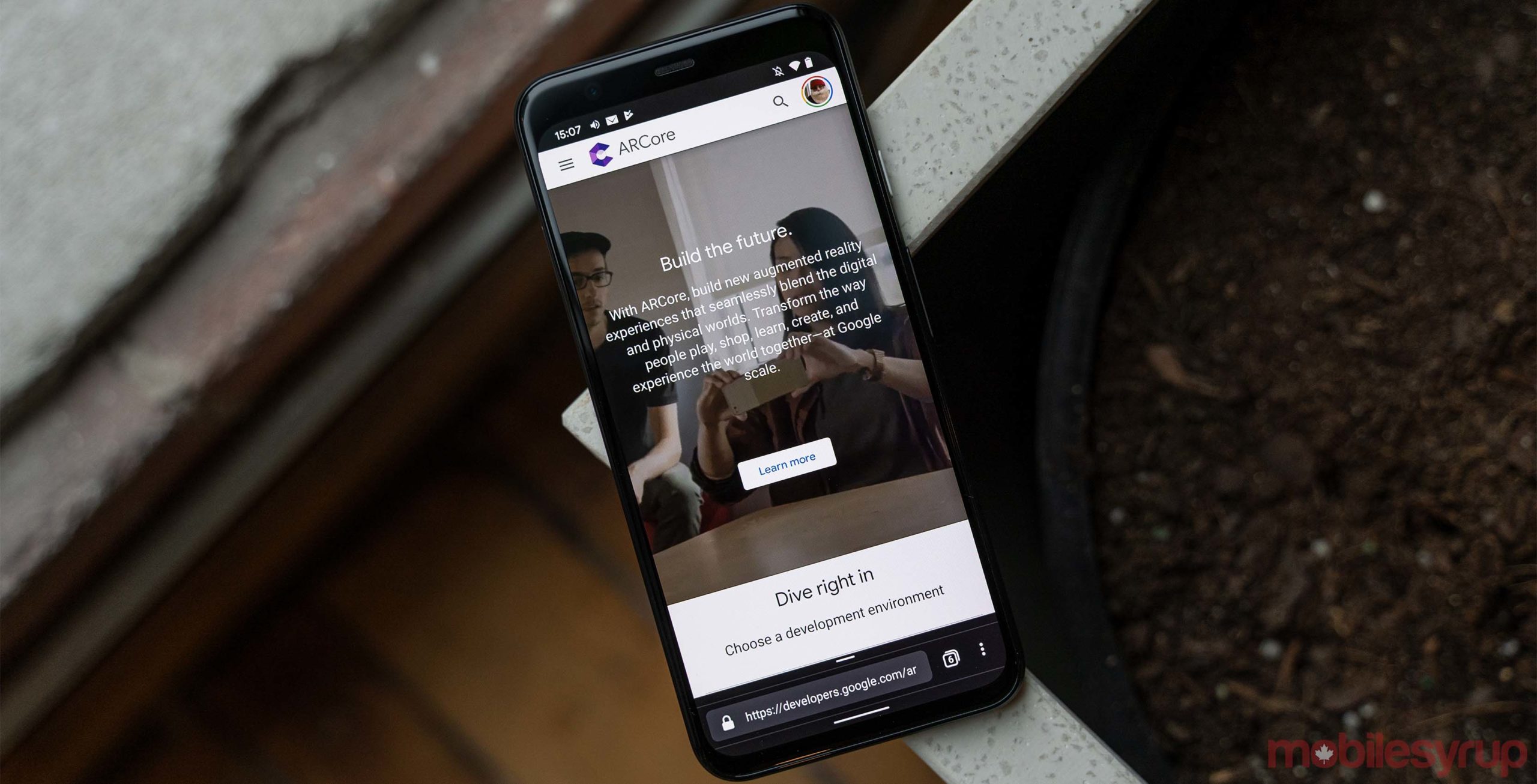 Google’s ARCore platform for augmented reality (AR) on Android phones has been around for almost a year and a half, and in that time the search giant has been hard at work improving the platform.

Now, the company is rolling out several new features that should make AR experiences more realistic than before. Those new features rely on a new Depth API, which will allow ARCore to detect depth in an environment. In other words, phones using ARCore — most modern Android devices — will be able to detect the distance between objects without special hardware.

The Depth API will enable occlusion, 3D understanding and more.

Occlusion allows real-world objects to block AR objects from view. For example, Google Search’s AR animals feature will use occlusion to allow animals to vanish behind tables, chairs and other objects in your room. Users will be able to enable and disable occlusion on the fly when it rolls out to Search.

Google also partnered with Houzz to incorporate the Depth API into its home design app. Houzz users will be able to enjoy the feature “starting today,” according to Engadget, as part of the app’s ‘View in My Room’ feature. It goes beyond just placing a piece of AR furniture in your space to see how it looks — now you’ll get a more realistic view and see how the furniture looks in a space. Occlusion will allow furniture to go behind a table instead of float over it.

However, depth goes beyond occlusion. It also gives developers the ability to add real-world physics, surface interaction and more in AR experiences. One example showed off by Google includes throwing AR objects in a space. Objects would respect the curvature and surfaces of objects, bouncing off of them accordingly. In a virtual food fight demo, thrown foods would splatter on impact.

While Google says Depth API works with the over 200 Android devices that already support ARCore, Search and Houzz are the only consumer apps that currently support the feature if you’re lucky. In my testing, neither app appeared to offer occlusion or other depth-related features, but it’s possible I haven’t gotten the necessary updates yet.

You can learn more about ARCore on Google’s Developer website.