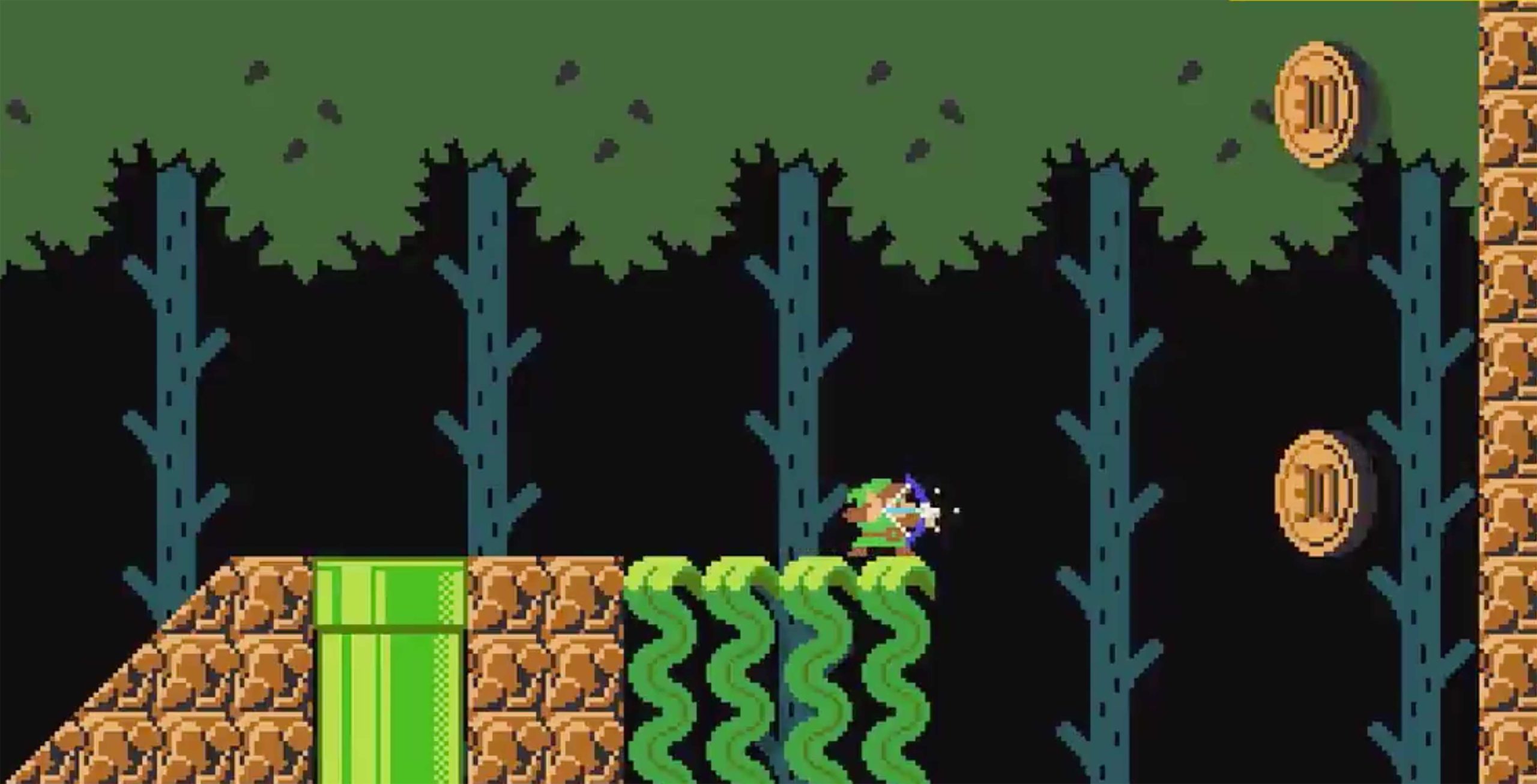 The latest update for Super Mario Maker 2 brings free The Legend of Zelda-themed content to the Mario level-building game.

The new content comes as part of the version 2.0 update launching on December 5th.

The free Ver. 2.0 update for #SuperMarioMaker2 is now available! Experience a variety of new course parts, transform into Link from The Legend of #Zelda, and even try the new Ninji Speedrun timed challenge!https://t.co/EUE5npcYio pic.twitter.com/oNiiAAsYcP

With the update, a new ‘Master Sword’ power-up can be placed in levels that turns Mario into none other than Zelda hero Link.

Notably, Link has his own sword-based moveset, including basic slashes, a charged attack and a downward thrust. Additionally, the Hero of Hyrule carries a bow that can shoot arrows in three directions and bombs that can help clear a path.

The Master Sword will be available exclusively in the 8-bit Super Mario Bros. levels.

Outside of the Master Sword, version 2.0 also adds various course parts, such as the Spike and Pokey enemies and frozen coins. Further, the update adds Ninji Speedruns, a new gameplay mode that has players racing to complete Nintendo-made courses as quickly as possible. Nintendo says new Ninji Speedrun courses will be introduced over time.

Super Mario Maker 2 is available exclusively on the Nintendo Switch.