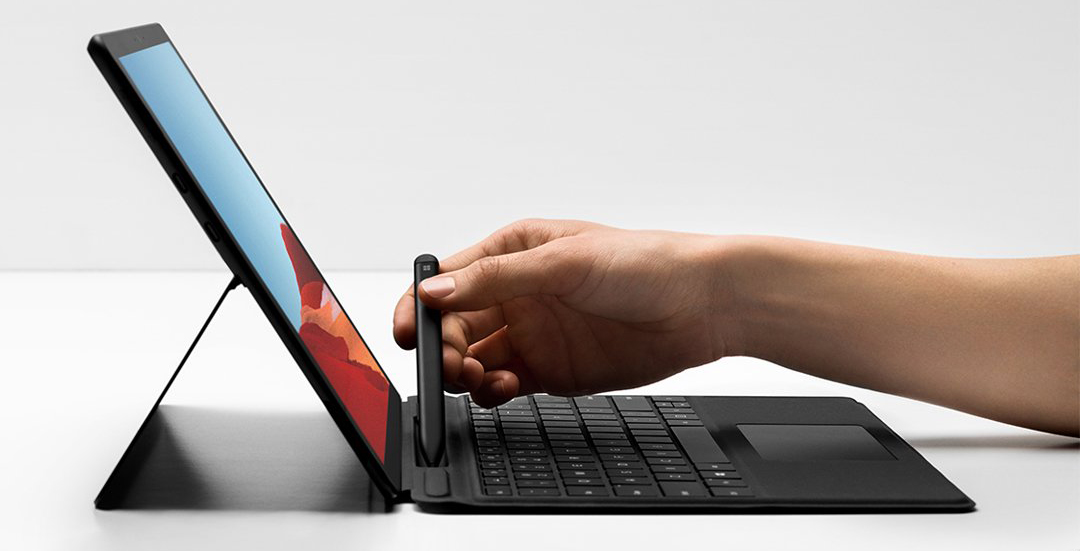 The next evolution of Microsoft’s 2-in-1 Surface line, the Surface Pro X, is available to purchase in Canada starting today.

Microsoft touts the Pro X as an “ultra-thin and always connected” 2-in-1 laptop. It sports a 13-inch touchscreen with a nearly edge-to-edge display and, most interestingly, is powered by an ARM processor.

Microsoft’s choice to go with ARM over Intel here is a major shakeup for the company. It’s been working to develop a version of Windows to run on ARM processors for some time, but previous ARM-powered Windows devices struggled to handle several x86 programs built to work with Intel chips.

However, Microsoft says it improved emulation to the point that there’s no conceivable difference between running emulated x86 programs and apps built for ARM. There are exceptions — some applications, like certain antivirus apps — still won’t work on ARM.

But if what Microsoft says is accurate, then the Pro X could be the Surface to buy. The ARM processor should offer better performance than most Intel chips (although direct comparisons with the latest 10th Gen CPUs have yet to surface) and better battery life to boot.

Performance aside, Microsoft also redesigned its Type Cover for the Pro X. It now houses the new ‘Slim Pen,’ a redesigned version of the Surface Pen.

All in all, the Pro X presents an impressive step forward for Microsoft and the Surface line. It marks one of the most significant hardware redesigns the line has seen in some time, as well as a massive shift internally. Whether the changes will stand against the tried-and-true Intel-based Surface devices remains to be seen.

You can purchase the Surface Pro X starting at $1,349 on the Microsoft Store, which allows you to pick the device up in-store or order it. The says orders should arrive by November 6th.

MobileSyrup will have more about the Surface Pro X in the coming weeks.