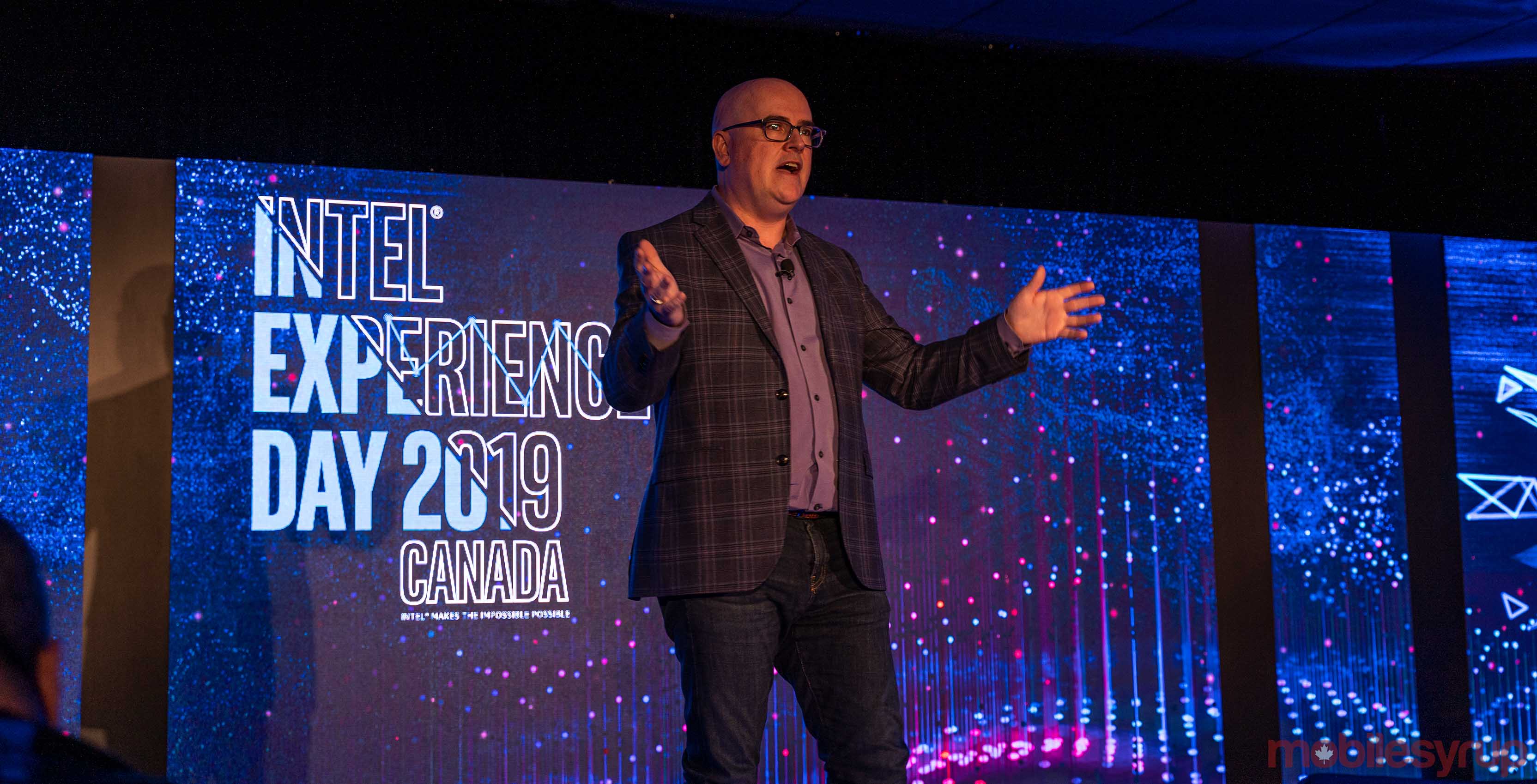 At a media event at its second annual Experience Day in Toronto, Intel talked up some of its latest products, announced new processors and looked forward to the future of computing.

Steve Brown, former futurist and chief evangelist at Intel — known as the Bald Futurist — took to the stage to kick off Experience Day by sharing his vision for how tech would shape the future. He discussed the move towards a data-centric society where technologies like 5G, artificial intelligence and more shape how people interact with each other and with businesses.

While Brown spoke of the interconnected future to come, Intel focused on what it’s doing today to put itself in the right spot to usher in that future. For consumers, that looks like new CPUs, new form factors and more.

For example, Intel talked about how Project Athena would shape the laptops to come. The program sees Intel partnering with innovators and scientists to redesign the laptop experience for on-the-go people. Specifically, the company wants to focus on powerful, adaptable devices that respond intelligently through AI and are “ready when you are.”

The company positioned its new 10th Gen CPUs as critical to making thinner, lighter laptops. Intel hosted a showroom for attendees to experience some of the tech after the show, where I had a chance to see some devices sporting new 10th Gen chips. The laptops are scary light, but still quite powerful.

Intel also highlighted the AI capabilities of the new CPUs, the first from the company that integrates large-scale AI for the general public.

On the gaming side of things, Intel’s i9-9900KS should excite enthusiasts. It will be available starting October 30th for a limited time at retailers. Intel based the CPU off its 9900K design, but amped up all eight cores to run at 5GHz turbo out of the box — the 9900K could only run one or two cores at turbo. The 9900KS retails for $719.

Finally, Intel also unveiled its new Xeon W-2200 processor for workstations. It features up to 4.8GHz turbo, 18 cores and support for 1TB of memory. The W-2200 includes Intel’s AI acceleration technology as well.