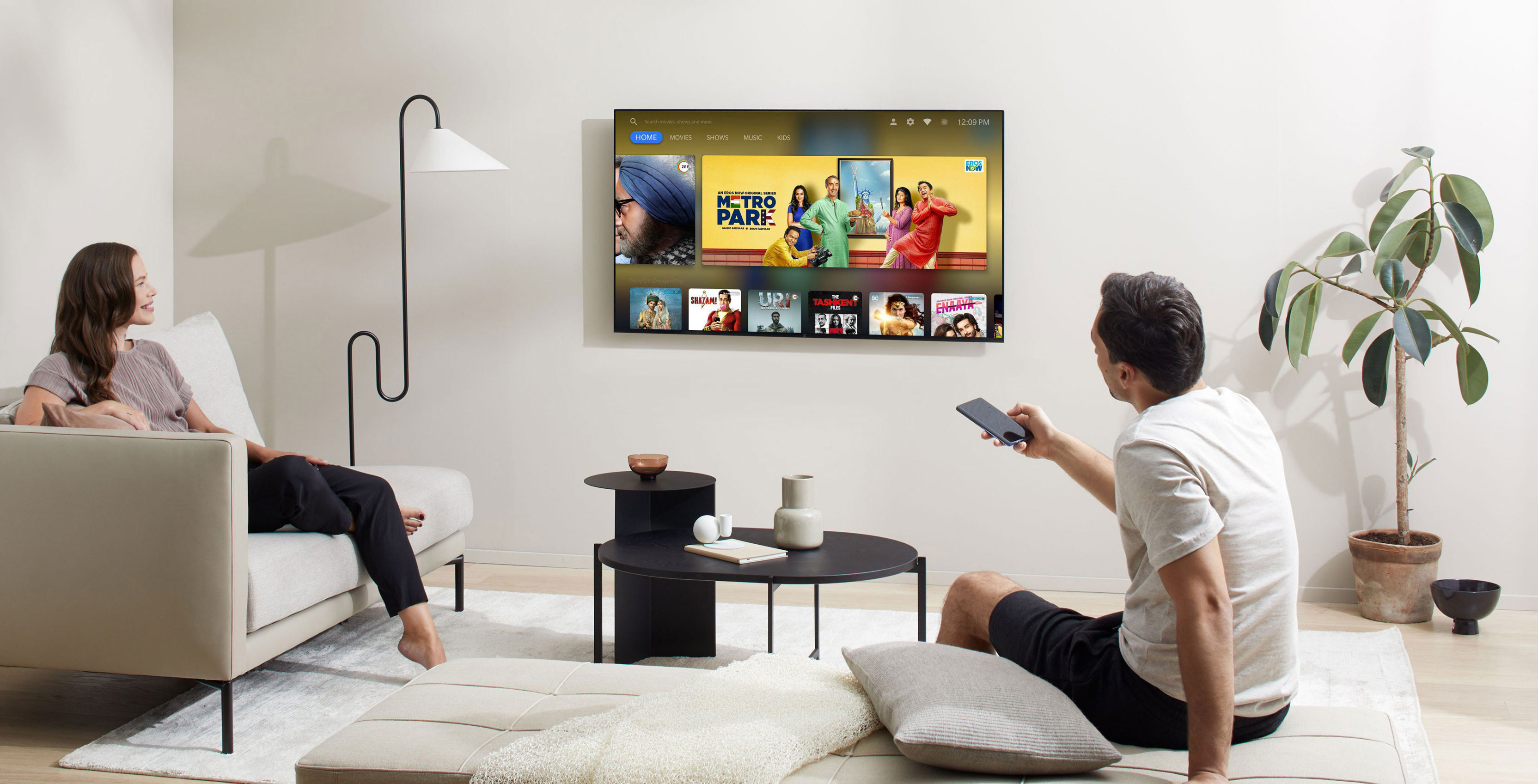 After several weeks of leaks, OnePlus has finally unveiled its new television.

The OnePlus TV comes in two variants, the Q1 and the Q1 Pro, and there’s isn’t much of a difference between the pair of television sets.

The TV features a 55-inch QLED display that sports small bezels and a sleek design. Additionally, it features both Dolby Vision, HDR10+ and a quantum dot display.

The main difference between the TVs is the sound output.

The OnePlus TV Q1 Pro features a 50-watt eight-speaker soundbar OnePlus claims offers a surround sound experience with the help of Dolby Atmos support. Interestingly, the TVs speaker bar lowers when needed and moves back into the body when it’s not.

The Q1 doesn’t feature a soundbar but is capable of 50-watt output.

The TVs feature a Kevlar-like finish on the rear, and it comes with a unique TV stand.