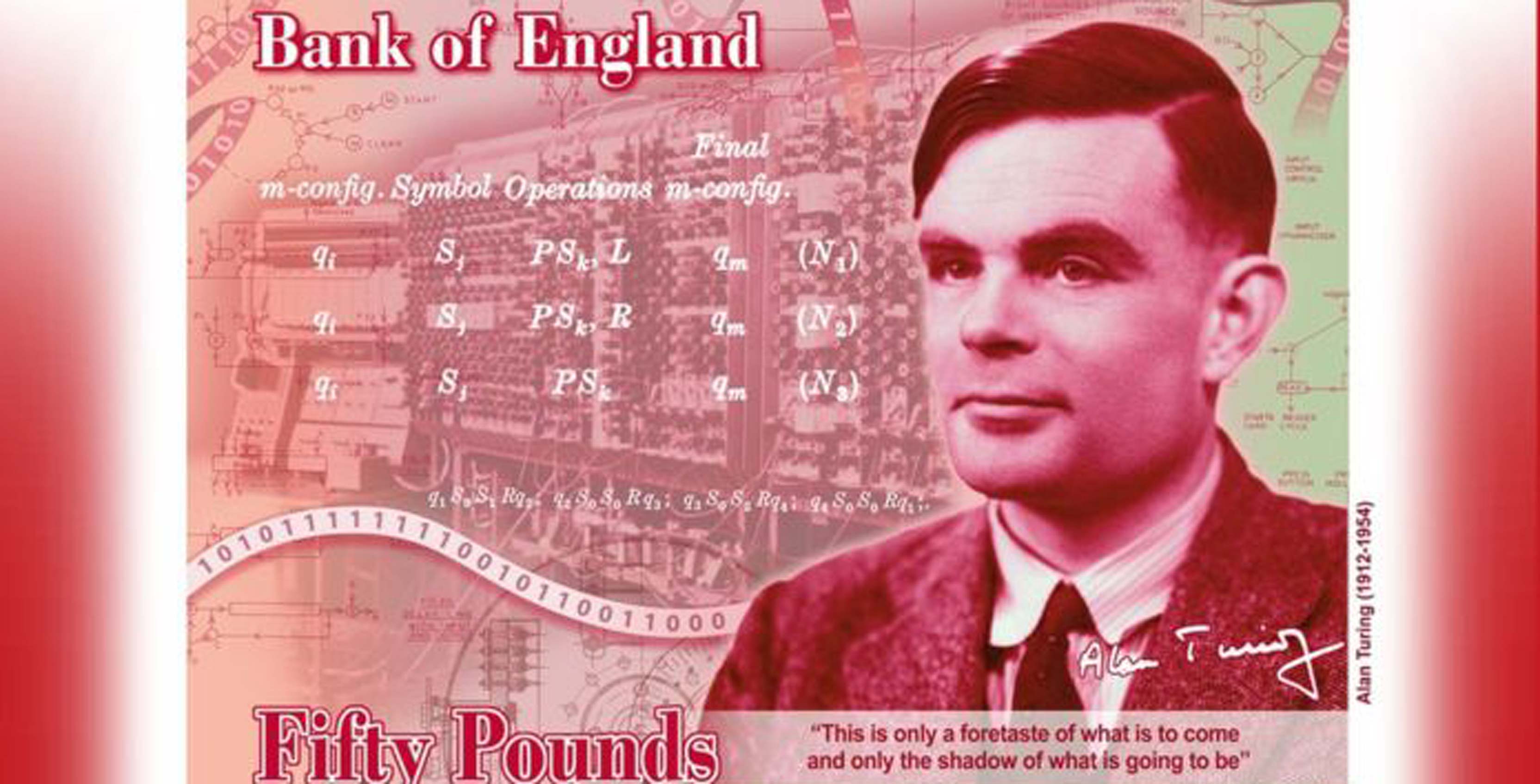 The face of groundbreaking computer scientist and mathematician Alan Turning will adorn the new £50 note, the Bank of England announced on Monday.

As it relates to smartphones and the technology MobileSyrup writes about on a daily basis, Turing was a giant in the computer sciences. He helped formalize the idea of the algorithm — that is, the fundamental building block of almost all the technology we use today — as well as much of the discourse that surrounds artificial intelligence.

In decrypting the Enigma code, Turing also played an instrumental role in the Allied war effort during the Second World War. It’s estimated that the Allies’ ability to intercept and decode Nazi communications helped shorten the war by several years.

However, it’s only been in death that Turing has earned the recognition he so richly deserved in life. In 1952, he was prosecuted for engaging in an affair with a 19-year-old man. At the time, homosexuality was illegal in the U.K. As punishment, Turing was chemically castrated. Two years later, he died of cyanide poisoning. An inquest at the time determined he committed suicide.

It was only in 2013 that Queen Elizabeth II granted Turing a posthumous pardon. One year later, he was immortalized by Benedict Cumberbatch in the excellent The Imitation Game — which it, as it turns out, is available to watch on Netflix Canada.

There’s a small Canadian connection to the announcement. The note was announced by former Bank of Canada and current Bank of England governor Mark Carney.

“Alan Turing was an outstanding mathematician whose work has had an enormous impact on how we live today,” said Carney. “As the father of computer science and artificial intelligence, as well as a war hero, Alan Turing’s contributions were far ranging and path breaking.”

One of the nice touches the note will feature is Turing’s birth date, June 23rd, 1912, in binary. The £50 will also be the final U.K. banknote to make the switch to polymer, instead of paper.