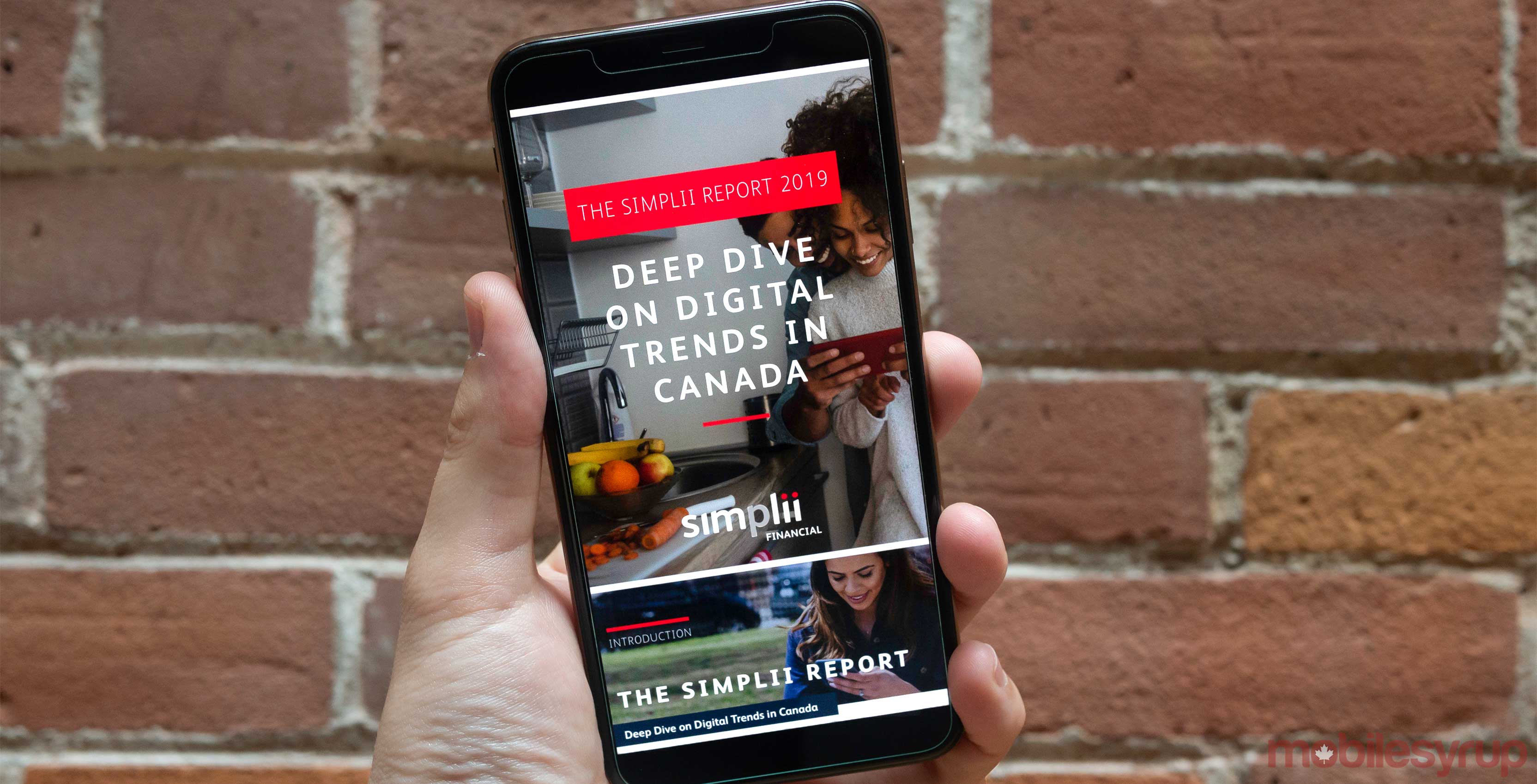 So how critical are phone applications to Canadians, what kind of applications are they more inclined to use, and where are the trends?

“Digital is unequivocally driving us to live much different lives than 20, and even 10 years ago. So we decided to find out how Canadians really feel about digital, and to find out if we can honestly say it is changing our lives for the better,” Simplii said in its report that was released on July 11th.

Finding the positives in being digital

While Simplii said that going digital has made a positive impact, “going digital comes with its own set of challenges” like creating anxiety, complications and emptiness.

“We learned that an abundance of digital tools doesn’t always leave us feeling satisfied and that when it comes to using technology, such as apps, nearly half of us agree that most of the apps we download are not actually useful,” Simplii said.

Simplii’s report indicates that the top five digital tools that have the most positive impact on Canadians are: banking/investing, GPS, online shopping, music/entertainment and social networking.

Forty-three percent of Canadians are using these digital tools to simplify their lives, 40 percent to save time, 38 percent to be able to accomplish tasks and 28 percent to stay organized.

Simplii noted that one in four Canadians said “they use technology simply because it’s how things are done nowadays.”

“Feeling this way is not uncommon, given how pervasive technology is in our personal and professional lives,” Simplii noted.

It’s worth adding that about three in four Canadians agree that these tools have “made a positive impact on their lives.” They help them learn or try new things, stay informed, and stay organized, Simplii said.

How have Canadians changed in using digital tools this past year?

As more technology emerges in the world, Simplii noted that nearly one in three Canadians (51 percent) say they are using more digital tools this year than they have in previous years. Interestingly enough, 65 percent of Canadians like the idea of becoming early adopters.

Unsurprisingly, the report noted that 77 percent of Canadians are owning and using their mobile device regularly, followed by 65 percent regularly using their laptops and 47 percent a desktop computer.

In Q1 2019, Apple featured 2.1 million apps in its App Store, while the Android Google Play Store sat at 1.8 million apps. Despite having millions of apps accessible to users, 46 percent of Canadians say that most of the apps they download aren’t actually helpful or useful.

Regularly, 78 percent of Canadians are using one to nine applications, while 16 percent are using 10 to 19.

Simplii also added that 91 percent of Canadians say technology has made banking more convenient, while 88 percent say their banks have improved because of technology.

On average, 82 percent of Canadians are using digital tools to access banking services.

How demographics impact the use of digital tools

As Simplii noted in the report, and this may not come across as new information, it’s worth adding that where people live, how old they are and what gender they identify with can show different results in terms of how Canadians use digital tools

For example, 73 percent of Canadians living in Ontario and 86 percent in Quebec would rather connect in person than online. Thirty-six percent of British Columbians and 37 percent of Albertans would more likely use technology to avoid human interaction.

Forty-eight percent of those living in Saskatchewan say they would feel anxious if they were away from their phone, the report added.

Unsurprisingly, 56 percent of Boomers, or those aged 55 and over, want to decrease their use of technology compared to those in younger generations.

Thirty-six percent of Canadian millennials would use a form of digital technology in their workout routine. Millennials (47 percent) also use more digital tools to call for a meal delivery than older generations.

And of course, gender plays a huge role in consuming digital tools.

Women use social media daily (75 percent), will try a DIY project using digital tools (41 percent), incorporate tech in workouts (30 percent), while men use more technology in their lives (52 percent) and are twice as likely to use a smart home device.

Simplii’s report was conducted between May 22nd and 26th and had an estimated margin of error plus or minus 1.6 percent, 19 times out of 20.