Gestures are more complex, but it's better for everyone this way 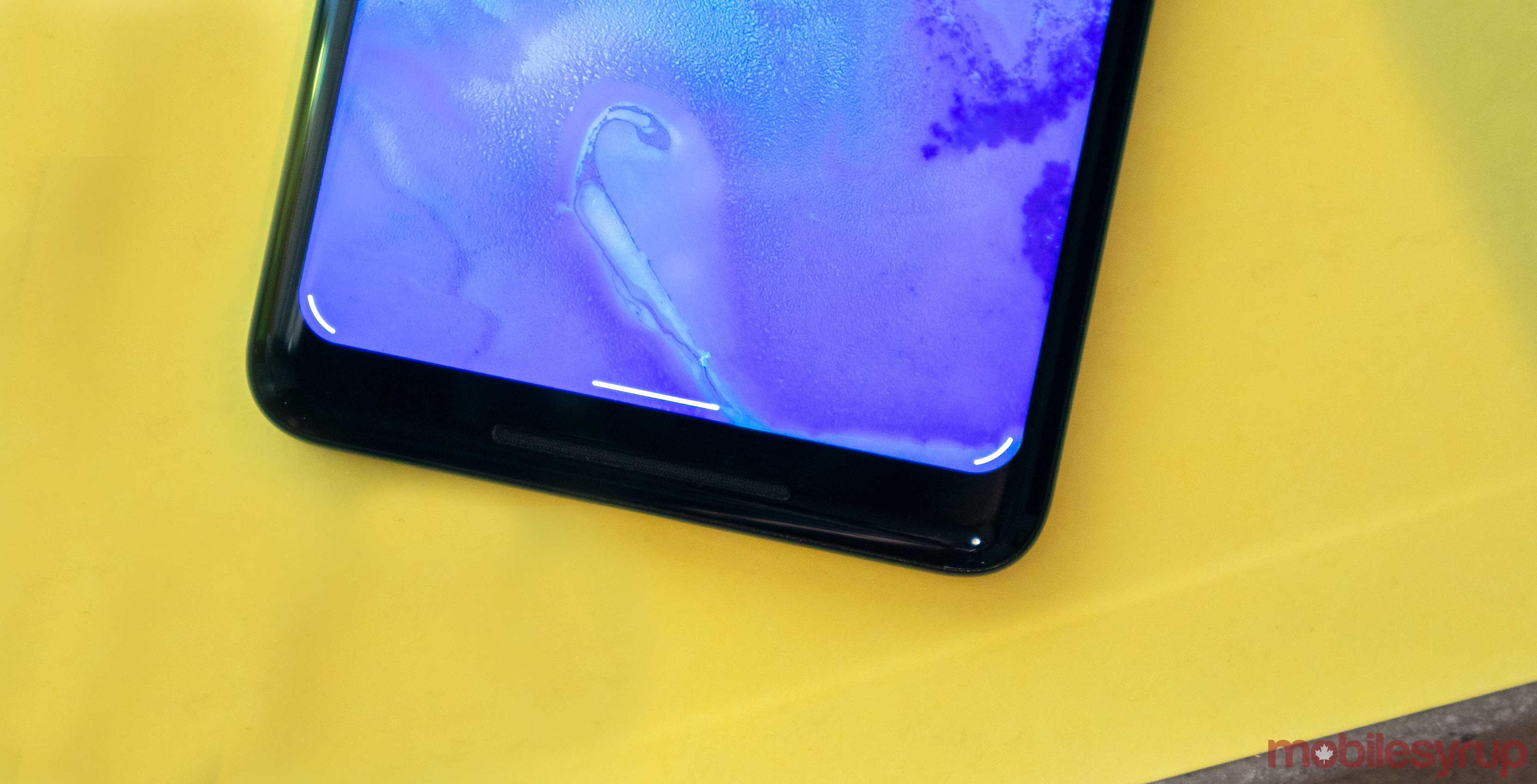 The fifth Android Q beta is officially rolling out to users now, after several leaks over the last few days.

Android Q Beta 5 doesn’t bring a lot of new things to the table, which isn’t a big surprise considering there are only a couple more betas to go before release. Instead, Beta 5 marks the first ‘release candidate’ beta and is primarily for developers to test apps in preparation for the final version.

That said, there are a few new tweaks. For one, the new gestures that leaked, such as the swipe-from-corner gesture to launch Assistant, are now present. There’s also a new ‘peek’ behaviour for the back gesture, so it should work better with apps that use the slide-out menu.

🚧 The drawer behavior is changing. Users will be able to open the drawer by peeking the drawer, and then swiping. Big benefit is that this works with existing apps with "old" DrawerLayout versions. pic.twitter.com/WVyOzQFzHO

This tweet gives an excellent look at the new behaviour, but essentially if you swipe in from the left side of the screen to go back in an app with a menu drawer, the drawer will pop open a bit to let you know it’s there. Plus, users won’t be able to go back with the left swipe. Swiping in from the right edge still works as usual and will take you back. Apps without a slide-out drawer will still let users swipe left to go back.

If all that seems confusing, it’s because it is. Android’s back functionality is now contextual, acting differently in different apps. To make matters worse, Google says that in the next beta, Android Q will automatically revert to the traditional three-button navigation structure if you use a third-party launcher. Presumably, this will extend to non-Pixel phones as well (I can’t even image what Samsung will do since it uses the right edge for its own edge display system). Further, Google says it’ll fix these issues in a post-launch update.

Google went with this convoluted system so that it could maximize backwards compatibility. Since Android updates typically don’t come to all phones, expecting app developers to change their apps to work with the newest release is unreasonable. The new system ensures Android gestures will work with apps designed for the classic three-button layout, which will ultimately be better for everyone.

Other changes in Beta 5, and some that didn’t make the cut 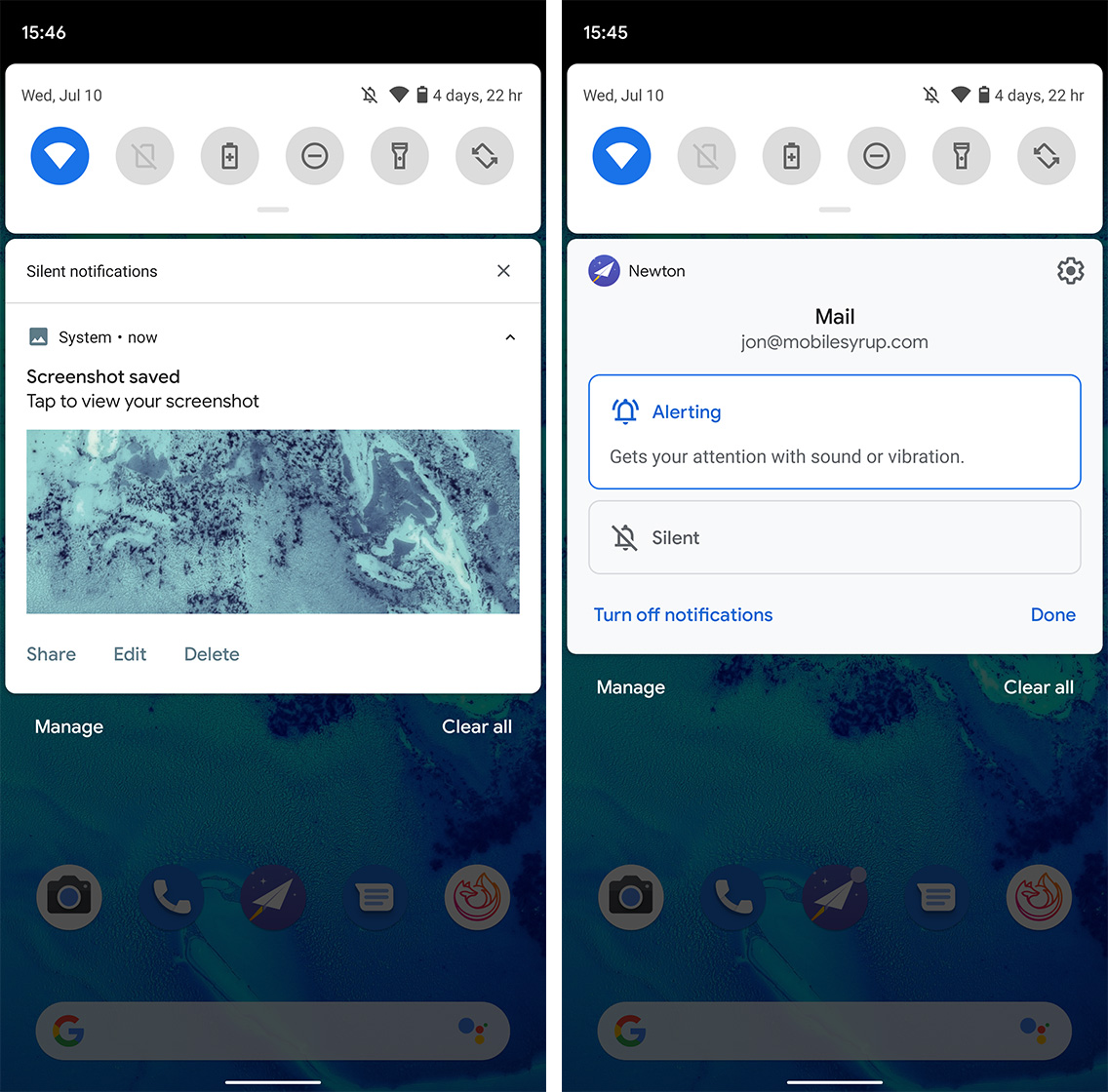 Users will be able to change which notifications fall into which categories by pressing and holding on them. Additionally, there’s a separate ‘clear all’ section for Silent notifications.

Android Q also brings a new dark theme boot animation for Pixel devices, which just replaces the white from the previous animation. It’s worth noting that it only appears to work for some users, with neither our Pixel 2 XL or 3 XL displaying the new animation.

However, some of the leaked changes didn’t make it into Q Beta 5, like the navigation pull-down gesture and back sensitivity adjustment slider. Those will likely come in a future build.

How to get Android Q Beta 5

Consumers looking to try out the new beta can do so as well, but be warned that it is a beta and there are known issues. You can read the full release notes to learn about all the problems.

System image and OTA downloads are available now as well, and those enrolled in the Android Beta Program should already be receiving the update. If you aren’t enrolled, you can do so here.

There’s plenty more to unpack in Beta 5, so you’ll have to stay tuned for MobileSyrup’s full coverage of the update.