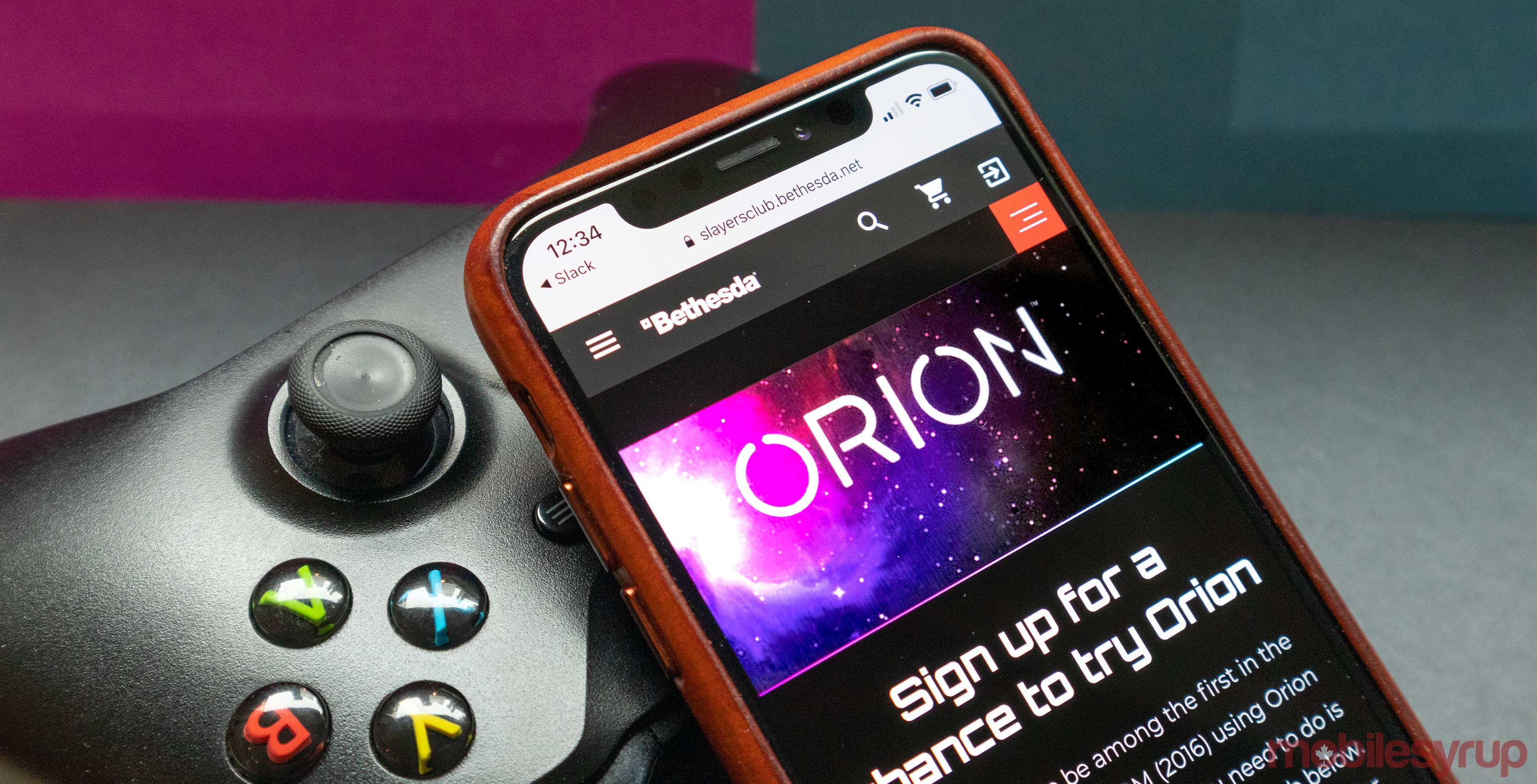 Bethesda’s development teams at id Software in Dallas, Texas and Frankfurt, Germany have been working on game streaming for years, according to Gamesindustry.biz.

What they’ve accomplished so far is the Orion game engine optimization toolset.

Why is this necessary?

While people often describe game steaming as a Netflix-like experience, it’s actually different in a few key ways that make the process more complex and demanding to pull off.

Since content on Netflix doesn’t change, it’s easy to compress one file and share it with the masses, but since everyone’s experience with a video game is different, gamers need each frame compressed and shared with them in real-time.

Bethesda’s Orion technologies make this process easier on your internet connection and the data centre that’s streaming the game to you.

Reports from last week claim that playing a game on Stadia for an hour in 4K could eat up 5.75GB of data. If you’re an avid gamer, then that means you’re likely using a lot of data if you game for a few hours every night. With Orion technology that limit will go down

Both Microsoft’s xCloud and Google’s Stadia are banking on brute computing strength and a wealth of data centres to push games to users. Orion aims to use software to lower the amount of power needed to stream games. So the two technologies together should help more users with inconsistent network speeds stream games over greater distances from data centres.

How well does it work?

While it’s not perfect yet, the company showed off the technology a bit before E3 to select publications, and the reactions were positive overall was depending on how far away the data centre was from the player.

Polygon reports that playing 2016’s Doom with Orion enabled from an Amazon Web Services instance that was 32km away was great with a controller, but they noticed more latency with a mouse and keyboard.

Playing the game from an Amazon Web Services instance that was 482 km away was also possible and just as good as playing on a centre 32 km away.

During these tests, Bethesda also was able to enable and disable the Orion optimization tweaks. When the company turned it on, it used 30 percent less bandwidth, saved 30 percent GPU time on the cloud server, and the video encode time was 22 percent faster, according to Polygon.

Gamesindustry.biz reports that Doom running with Orion turned on used 20 to 23 Mbps to stream. When they turned it off, it used 27 to 35 Mbps.

Since Orion is a collection of different tools for game optimization, some, if not most of them, should be compatible with all game engines and should only take up a smaller slice of the overall development time according to Gamesindustry.biz’s report.

Orion’s creators claim that once all of its tools are complete it will include 12 to 20 different techniques for making games easier to stream.

The company is letting gamers beta test this software this fall and you can sign up for it here.