Sorry, this isn't how fiction works 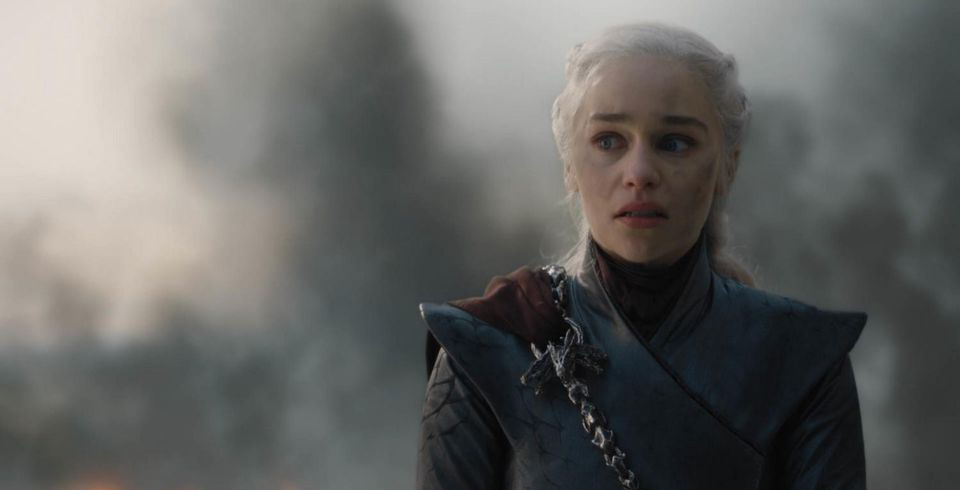 As is the case with nearly all television shows that reach monumental levels of popularity in their final season, the tides have turned on HBO’s Game of Thrones.

As of 3pm ET on Thursday, May 16th, over 500,000 people have signed a petition requesting that HBO remake season 8 of Game of Thrones. It’s unclear if ‘Dylan D,’ the petition’s creator, truly thinks that HBO will remake what is one of the most expensive seasons of television ever made, or if it was just put together “for the lulz.”

To be clear, the idea that HBO would even entertain the idea of redoing the final season of the show is unimaginable.

The Change.org page says that “[showrunners] David Benioff and D.B. Weiss have proven themselves to be a woefully incompetent writers when they have no source material (i.e. the books) to fall back on. This series deserves a final season that makes sense.” 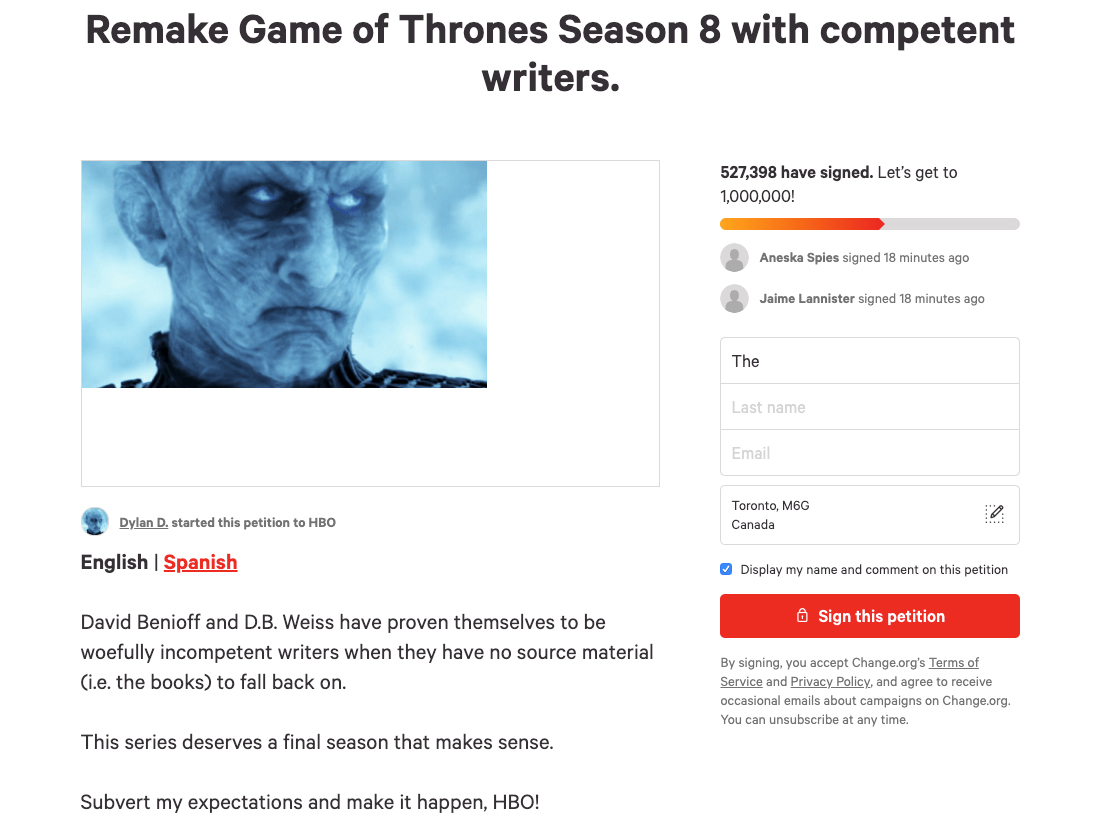 This Change.org comes in the wake of Sunday night’s “The Bells” episode of Game of Thrones. Fans of the show are upset with Daenerys Targaryen’s somewhat abrupt but still very in-character dark turn. Others seem to be unable to accept that Jaime Lannister’s character arc is that he is truly human garbage.

How surprising is it that a character who has sex with his own sister and pushed a child out a window is actually unredeemable? Apparently, it’s very shocking to much of Game of Thrones’ core fan base.

So what happens in 2019 when a rabid fanbase is upset with the direction a show has taken? Someone creates a Change.org, of course. The petition seems to have easily surpassed its initial goal of hitting 500,000 signatures.

This is far from the first time an entitled fan base has demanded something unreasonable from its creators. For example, there was the controversy surrounding the end of Mass Effect 3 back in 2012, and more recently, the Sonic the Hedgehog film getting a makeover following fans being upset at the iconic ‘gotta go fast’ character’s design.

Unfortunately, in both of these cases, the creators behind these projects relented and altered their original vision, setting a dangerous precedent in the entertainment industry.

The moral of the story is to not name your daughter ‘Daenerys.’

The final episode of Game of Thrones is set to stream on Crave at 9pm ET this Sunday May 19th.

Update: The number of people petitioning has skyrocketed to over 850,000.