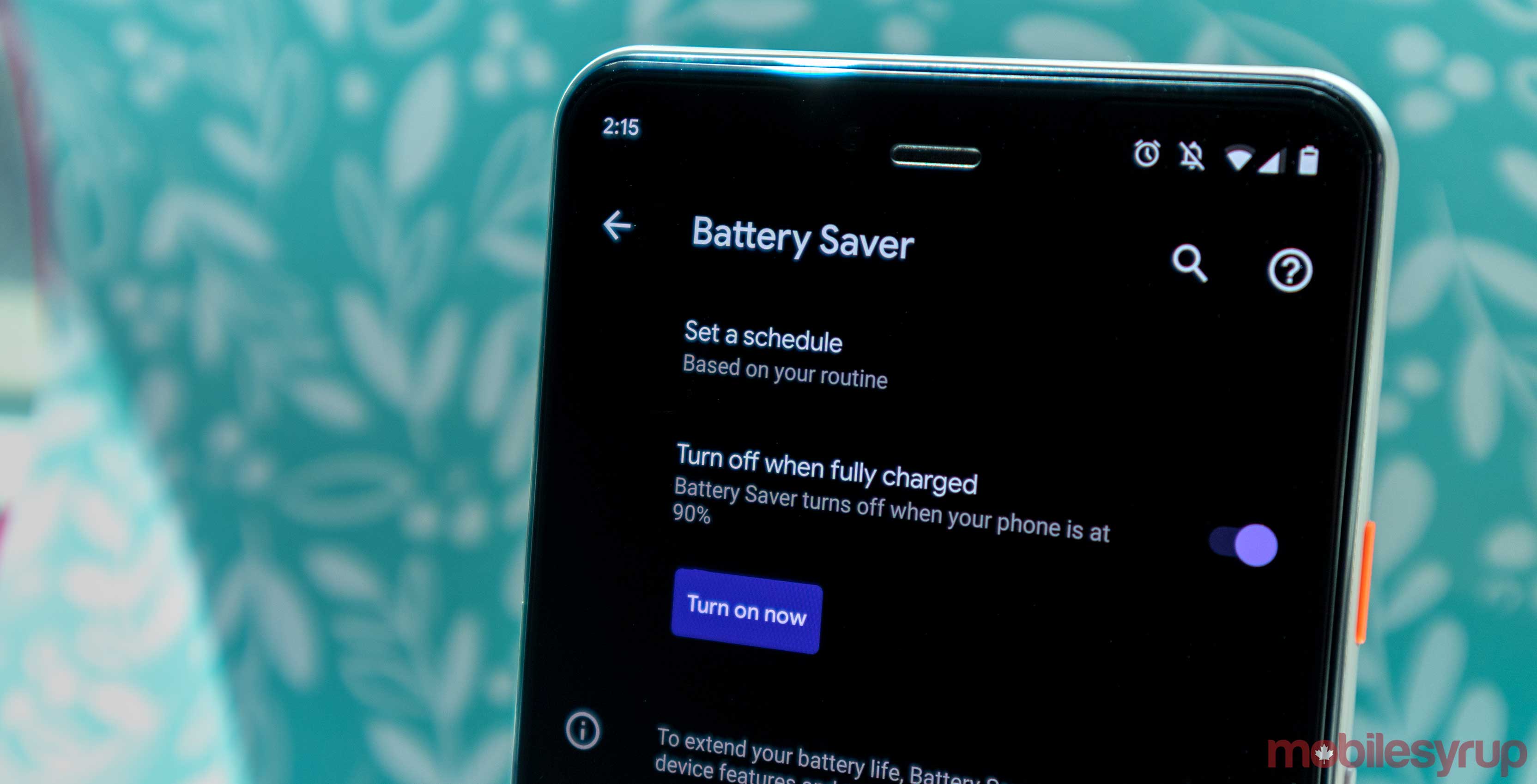 The third Android Q beta adds two quality of life improvements to the ‘Battery Saver’ setting by making the feature turn off automatically when your phone recharges back to up 90 percent and adapting to your usage patterns.

This is similar to how iOS handles its ‘Low Power Mode.’ If you turn on Battery Saver at the end of the day as your phone’s charge drops lower, your phone will turn the feature off the next time you plug it in and it reaches 90 percent.

The only catch is that this feature isn’t on by default. If you want to enable it, go into your phone’s battery settings. Then open the ‘Battery Saver’ setting. There’s a toggle in this section called ‘Turn off when fully charged.’

Another improvement lets you set Battery Saver to come on automatically. It can either turn on when your device reaches a specified battery percentage or based on your routine. The ‘Routine’ feature is useful since it means that your phone will automatically go into Battery Saver mode if it thinks it’s going to run out before your next typical charge.

These are simple improvements, but they define what Android Q is all about; a bunch of small quality of life improvements that make Android easier and more convenient to use compared to previous versions of the operating system.