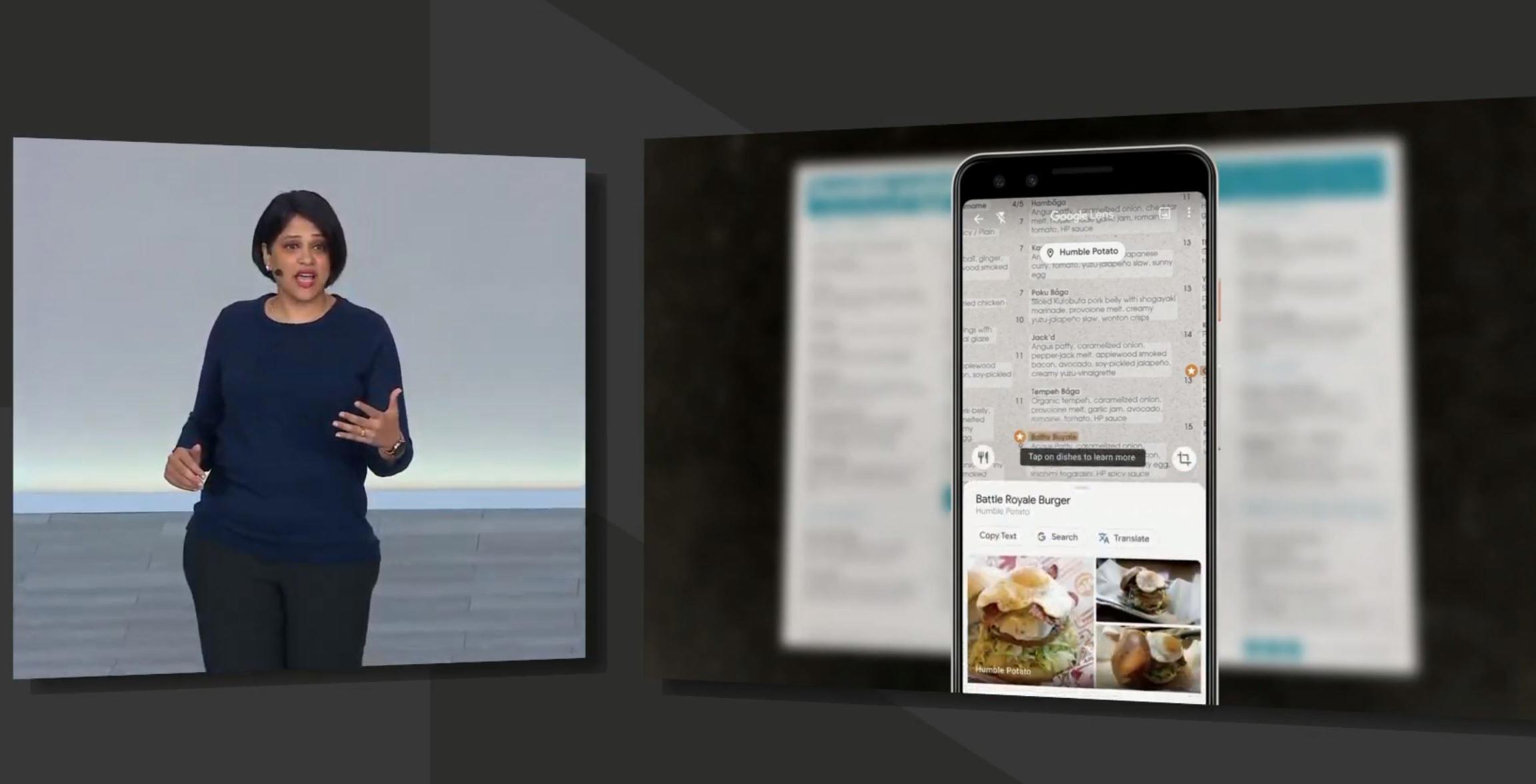 Google Lens is getting a couple of upgrades.

The most notable feature Chennapragada shared is new restaurant-focused functionality that will highlight popular menu items.

In addition, that same functionality will allow users to see what specific menu items look at said restaurant. When it’s time to pay for their meal, users can point their smartphone at their bill and Google Lens will calculate a tip, as well as split the bill.

Today's special: Google Lens. ?️ Automatically highlighting what's popular on a menu, when you tap on a dish you can see what it looks like and what people are saying about it, thanks to photos and reviews from @googlemaps. #io19 pic.twitter.com/5PcDsj1VuQ

Additionally, as part of a new feature of the company’s Go app, a version of the company’s Search platform designed for low-powered devices, Google is equipping Lens to read and transcribe text in real-time.

ARe you seeing this?! With new AR features in Search rolling out later this month, you can place, view and interact with 3D objects right in your own space. #io19 pic.twitter.com/Q61U0r2Hvg

Google plans to roll out the above functionality later this month.