Google is starting to roll out improved search card results in the Google app on Android.

Further, the ‘Follow’ button, which lets you get notifications about a topic, now is positioned on the right side of the card instead of the left. Google also changed the button to include a ‘+’ icon sporting Google’s signature blue, red, yellow and green.

Functional changes depend on the different topics, but generally, the cards include more information and easier access to additional details. 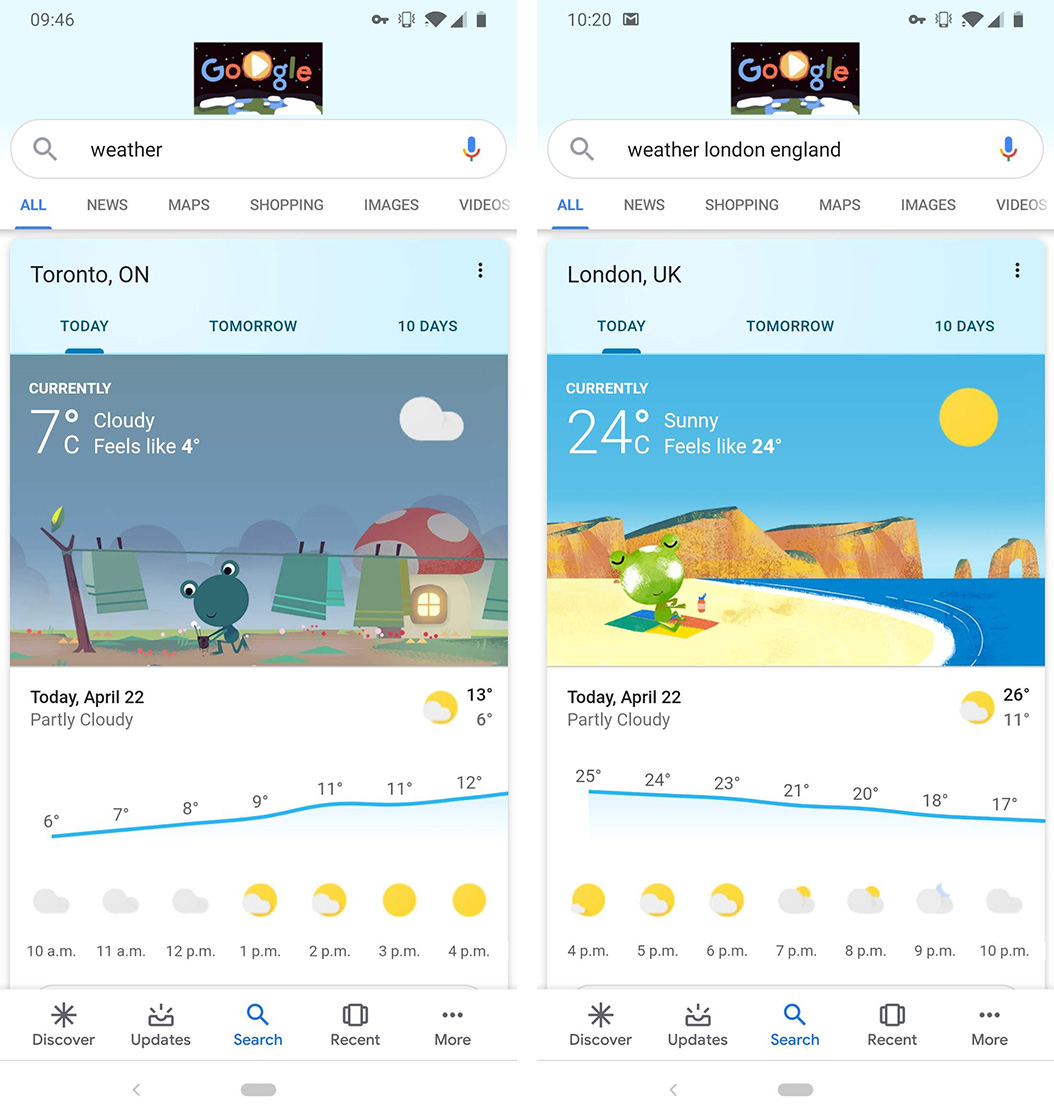 Interestingly, the ‘Today,’ ‘Tomorrow’ and ’10 Days’ tabs — along with almost the entire card — didn’t respond to touch inputs for me. It seems the new card has a few bugs. I tested it across a few phones and couldn’t interact with the new card on any of them. 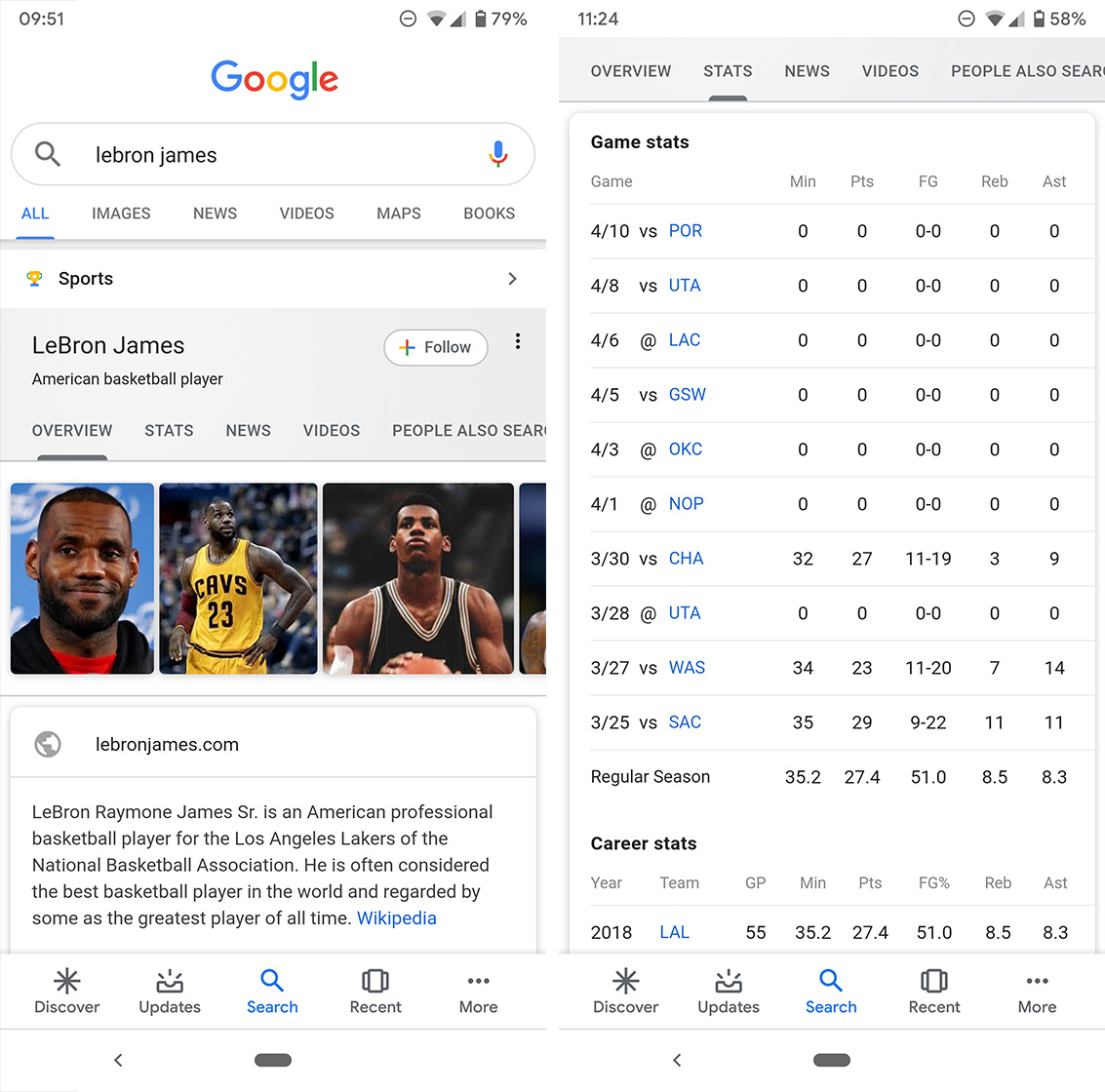 When it comes to sports, it seems Google hasn’t made changes to the team or league stats. Instead, it improved individual player cards, such as making it easier to access a player’s last 10 games and yearly career stats.

The change to sports stats wasn’t live on my devices at the time of writing, as things still seem to be rolling out. 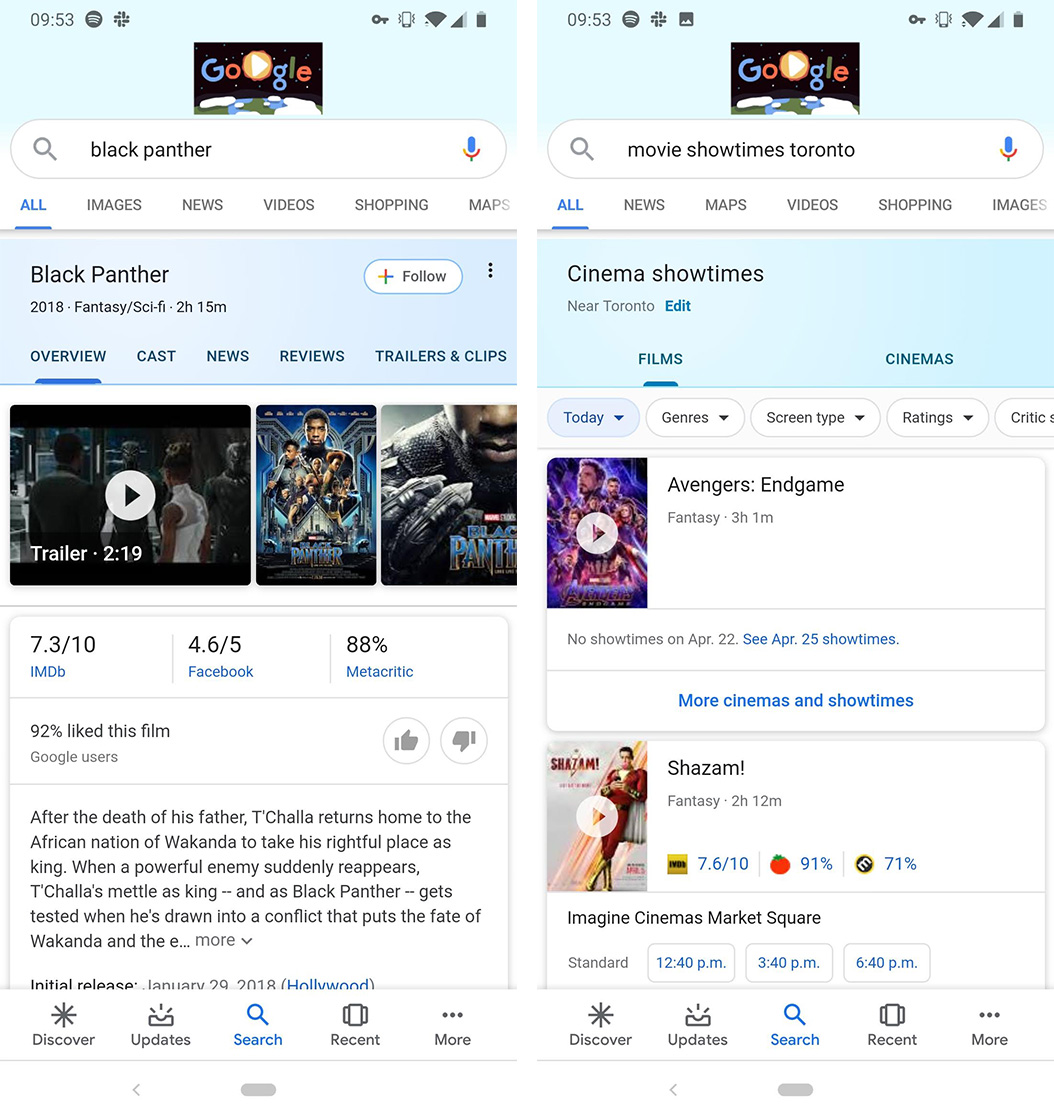 For the most part, movie search cards received a visual facelift to bring things in line with other search cards. Along with the new pastel headers, Google also refreshed the ‘People also search for’ section with sub-categories and better organization. 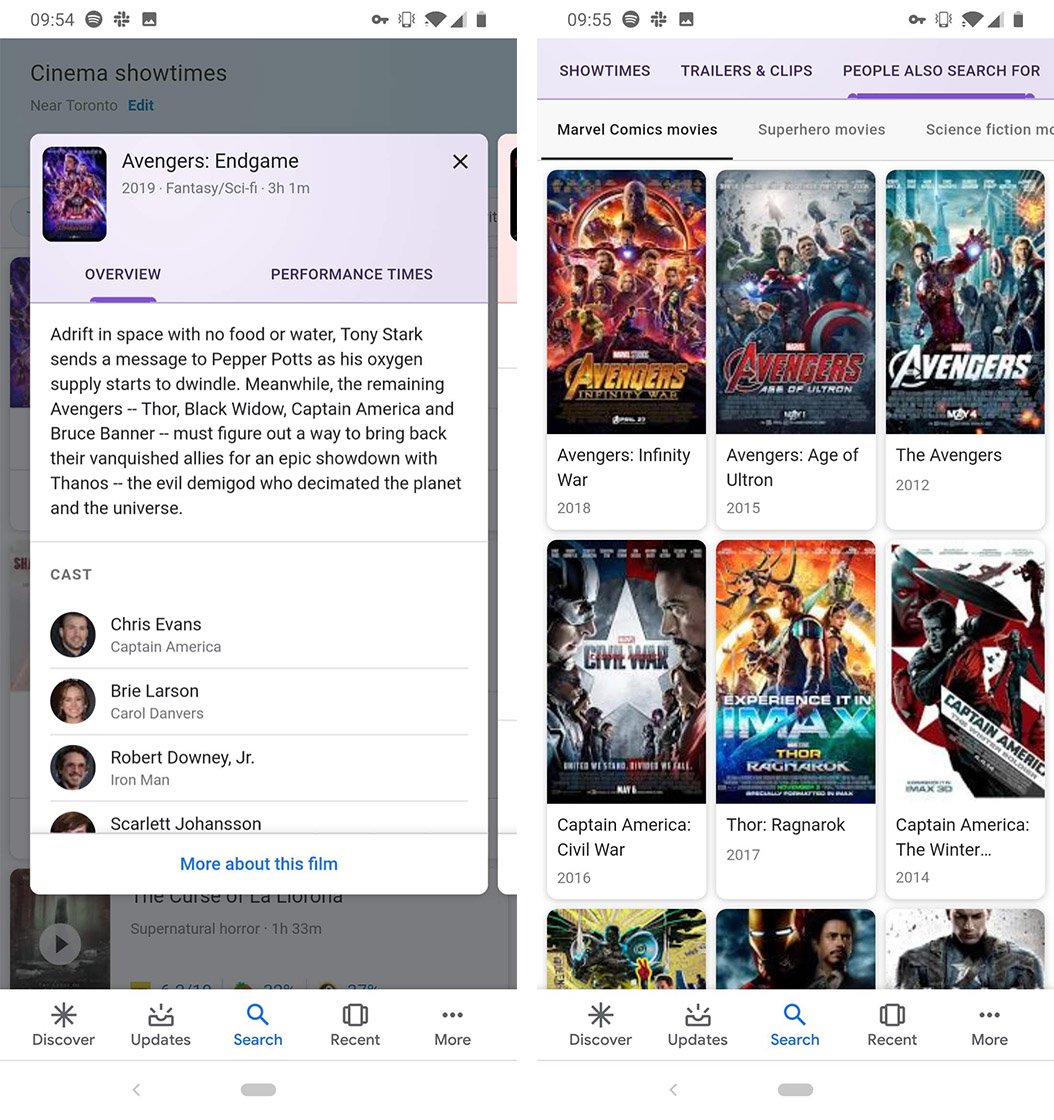 Books got useful new tabs like ‘More by author’ that lets you browse other books from a writer you like and more. Music search cards received updates as well, such as a new ‘Members’ tab for bands or a ‘Lyrics’ tab for songs. 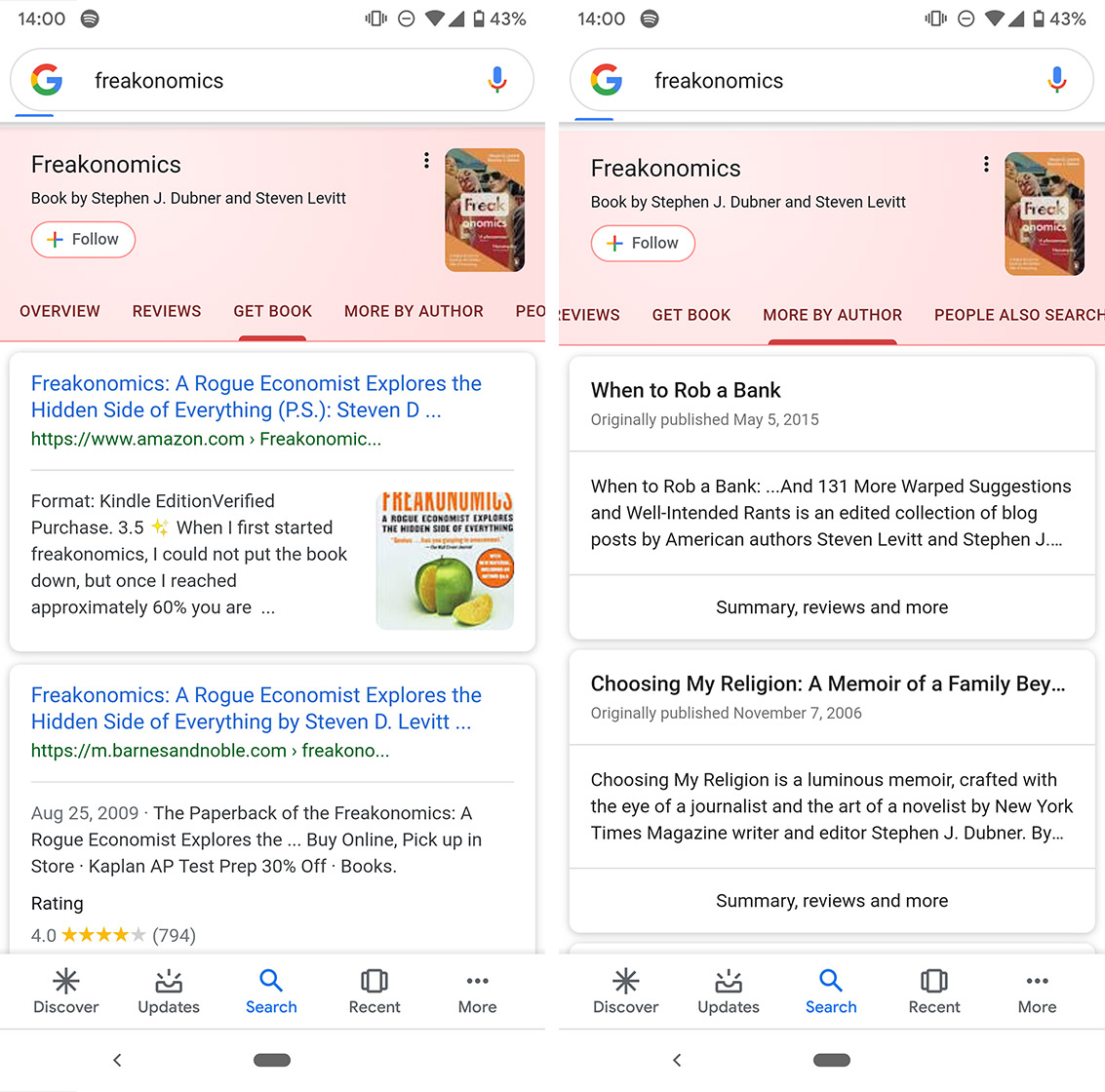 Famous people, fictional characters and artists also received refreshed cards. Again, these changes weren’t present on my devices at the time of writing.

Finally, Google refreshed cards for food ingredients, as well as other things — such as searching for ‘Android.’ 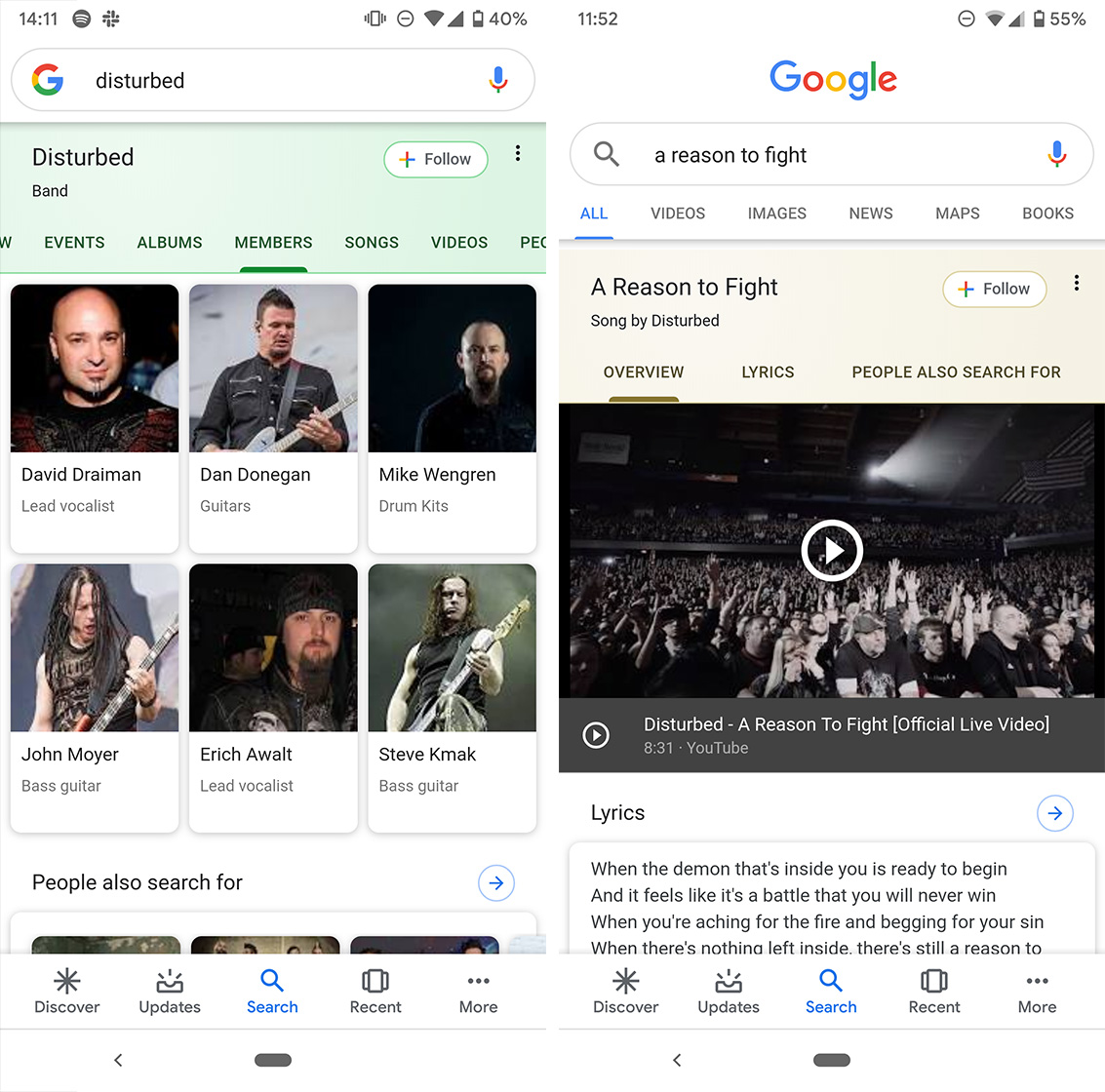 Unsurprisingly, these refreshes are part of a server-side update. Some of you may already have these search cards, while others — like me — only have a few or none at all. Google is pushing them out to everyone slowly, so you’ll likely see the new search cards in your results soon.