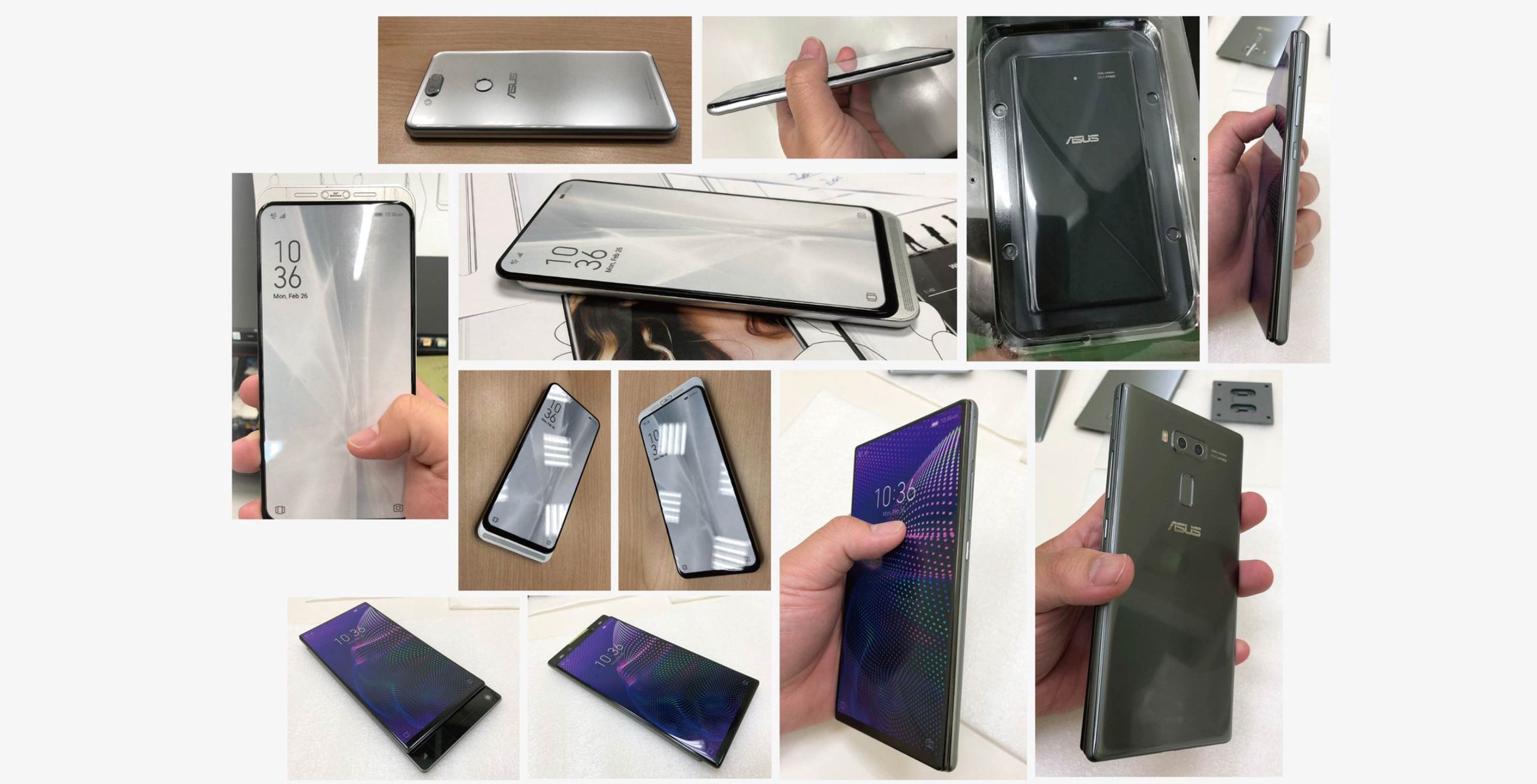 Since Taiwanese company Asus announced that it will reveal the ZenFone 6 on May 16th, leaks regarding the device have been surprisingly quiet.

However, leaker extraordinaire Evan Blass has unveiled a couple of 5G dual-slider smartphone concepts reportedly created by the designers of the ZenFone 5.

The first concept design features rounded bezels that are thinner at the top than the bottom. The phone also doesn’t seem to include a front-facing camera.

Additionally, the rear of the handset features a dual camera setup and a fingerprint scanner.

When you slide the display down, the phone shows off a front-facing camera and when you slide up from the original position, the device reveals a Harmon Kardon-branded speaker.

The other concept features a rectangular shape with somewhat thin top bezels that hide the smartphone’s front-facing cameras.

With this concept device, when you slide the screen down it reveals dual selfie shooters with what appears to be a quad flash. When you slide up the display from its original position, on the other hand, it appears the phone just offers more controls for the rear-facing cameras, such as a brightness slider and a ‘function button.’

Blass refers to these pictures and renders as concept devices, so it’s unclear if either of them will come to fruition. Personally, I like the design with the rounded corners, as it looks more modern than the other design. Also, front-firing speakers are always a great feature on any smartphone.

Both devices will reportedly feature 5G connectivity likely powered by Qualcomm’s X55 modem. As a result, if the concept devices do get a commercial release, they probably won’t make their way to Canada at launch.

If the ZenFone 6 shares a similar design to either of these handsets, it’ll definitely be a notable device — at least for a couple of weeks.