He could have at least called him Tim Appleseed 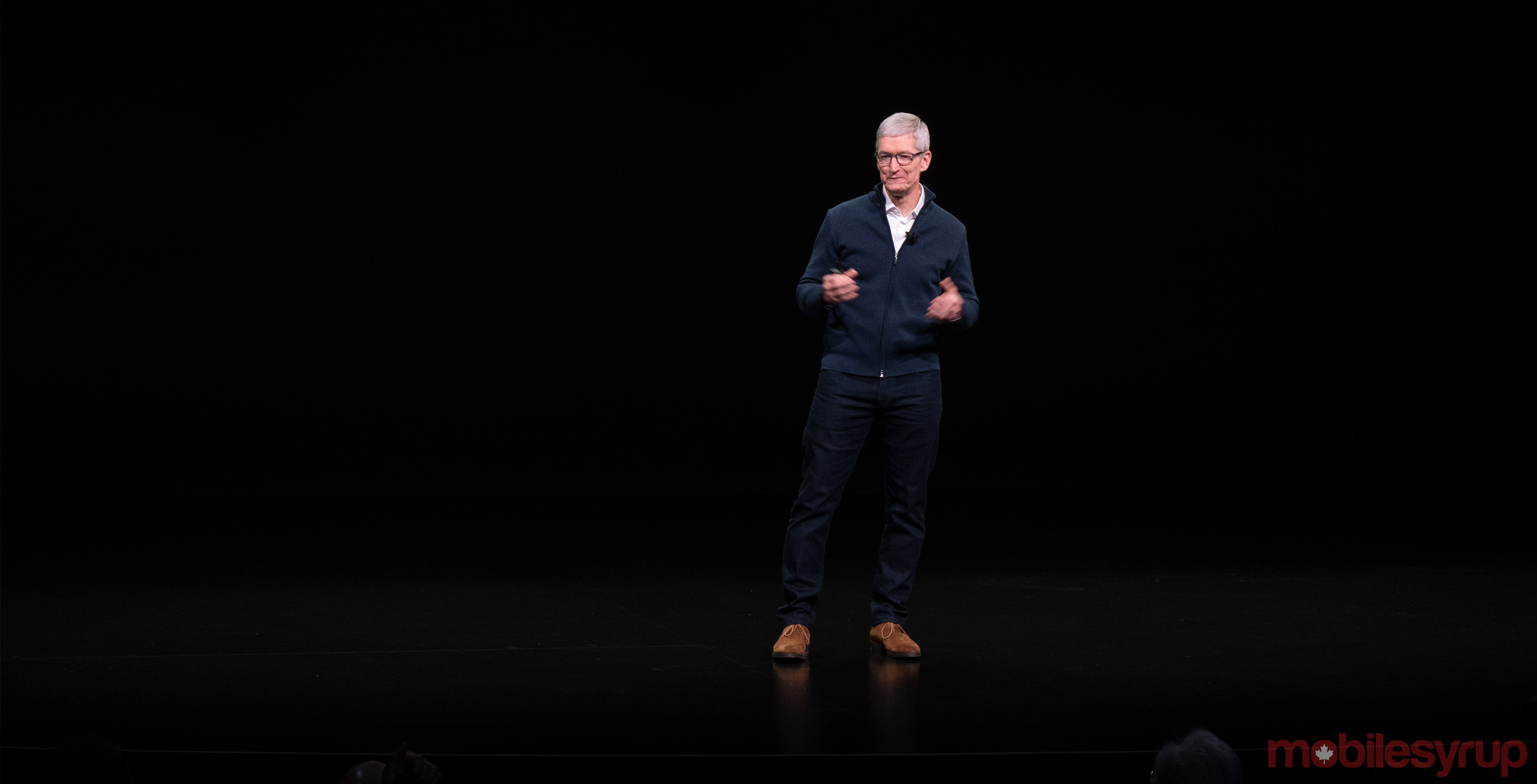 The slip-up occurred during a meeting of the American Workforce Policy Advisory Board at the White House in Washington D.C. Cook was in attendance at the meeting, sitting next to Trump, when the President misspoke.

“People like Tim — you’re expanding all over and doing things that I really wanted you to do right from the beginning,” said Trump. “I used to say, “Tim, you gotta start doing it here,’ and you really have you’ve really put a big investment in our country. We appreciate it very much, Tim Apple.”

As The Verge notes, this isn’t the first time 45 has conflated the name of a CEO with their company. Almost exactly a year ago, Trump called Marillyn Hewson, the CEO of aerospace firm Lockheed Martin, “Marillyn Lockheed.”

It’s not clear what prompted Trump to say what he did. All I know is that, as far as names go, Tim Cook is a lot easier to remember and pronounce than say my name, Igor Bonifacic. I wasn’t even offended when a friendly MobileSyrup reader called me Ibor Bonichach.

As of late, Trump has more frequently been wading into the world of tech. Last month, he called on American firms to lead the 5G and, um, ‘6G’ telecommunications revolution. 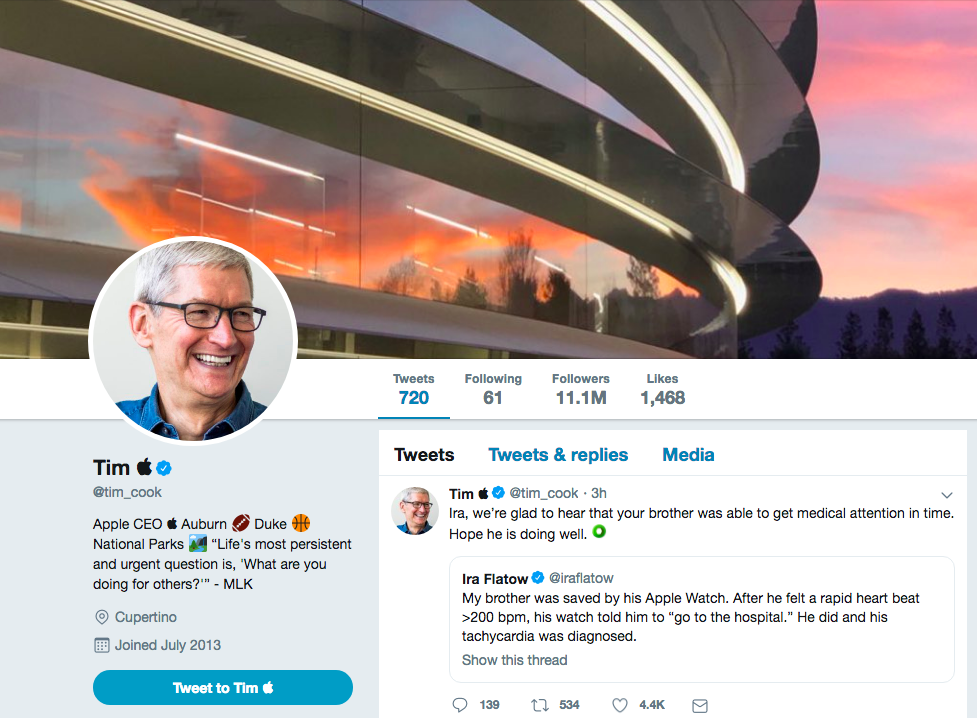 Update: Tim Cook has taken the time to update his Twitter account with the Apple logo beside his name, now known as Tim Apple.