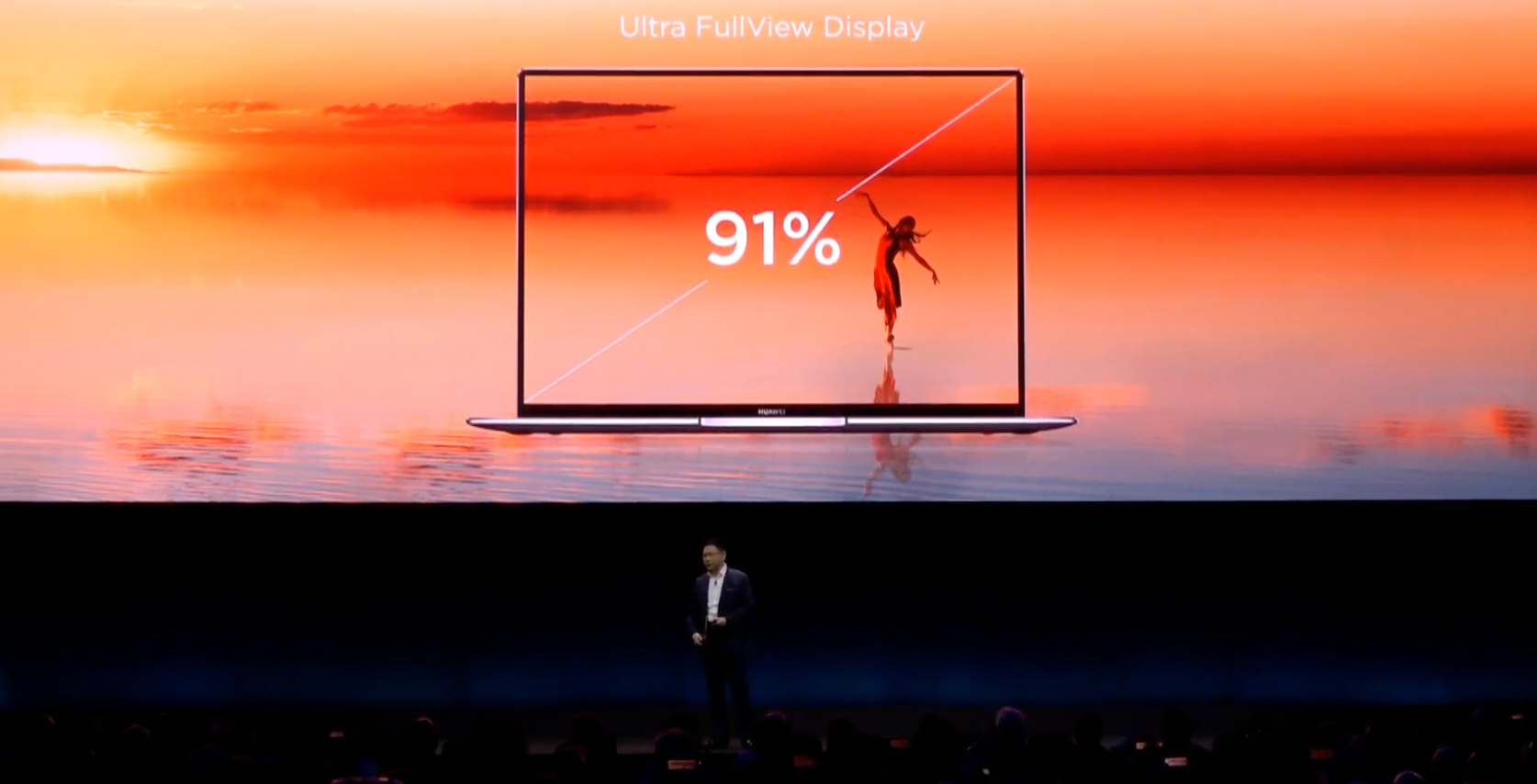 The ultra-thin, MacBook-like laptop features a 91 percent screen-to-body ratio, and is rumoured to launch later this year alongside the company’s Mate X foldable smartphone.

Similar to last year’s MateBook X Pro, this new, refreshed version of the laptop features a full metal unibody and an aesthetic that is heavily inspired by Apple’s MacBook Air line.

Other MateBook X Pro specs revealed during the keynote include the laptop’s 3,000 x 2,000 screen resolution, 1,733Mbps peak Wi-Fi rate and a full speed Thunderbolt-3 port that’s capable of hooking up to a 4K external display, or an external graphics card.

Finally, the company showed off a feature called ‘OneHop’ that allows files to be transferred between the MateBook X and Huawei smartphones just by moving the handset near the laptop. Along with the MateBook X, Huawei also revealed the MateBook 14, a laptop that features less powerful hardware, including a lower resolution display, but a similar design, and a refreshed version of the MateBook 13.

The China-based company says that it currently has “no comment,” regarding the potential release of the refreshed MateBook X or MateBook 14 in Canada. Huawei confirmed to MobileSyrup that the new MateBook 13 will be released in Canada this coming March.

While the MateBook X didn’t launch in Canada initially, Huawei eventually started selling it through Microsoft’s online store back in May of 2018.