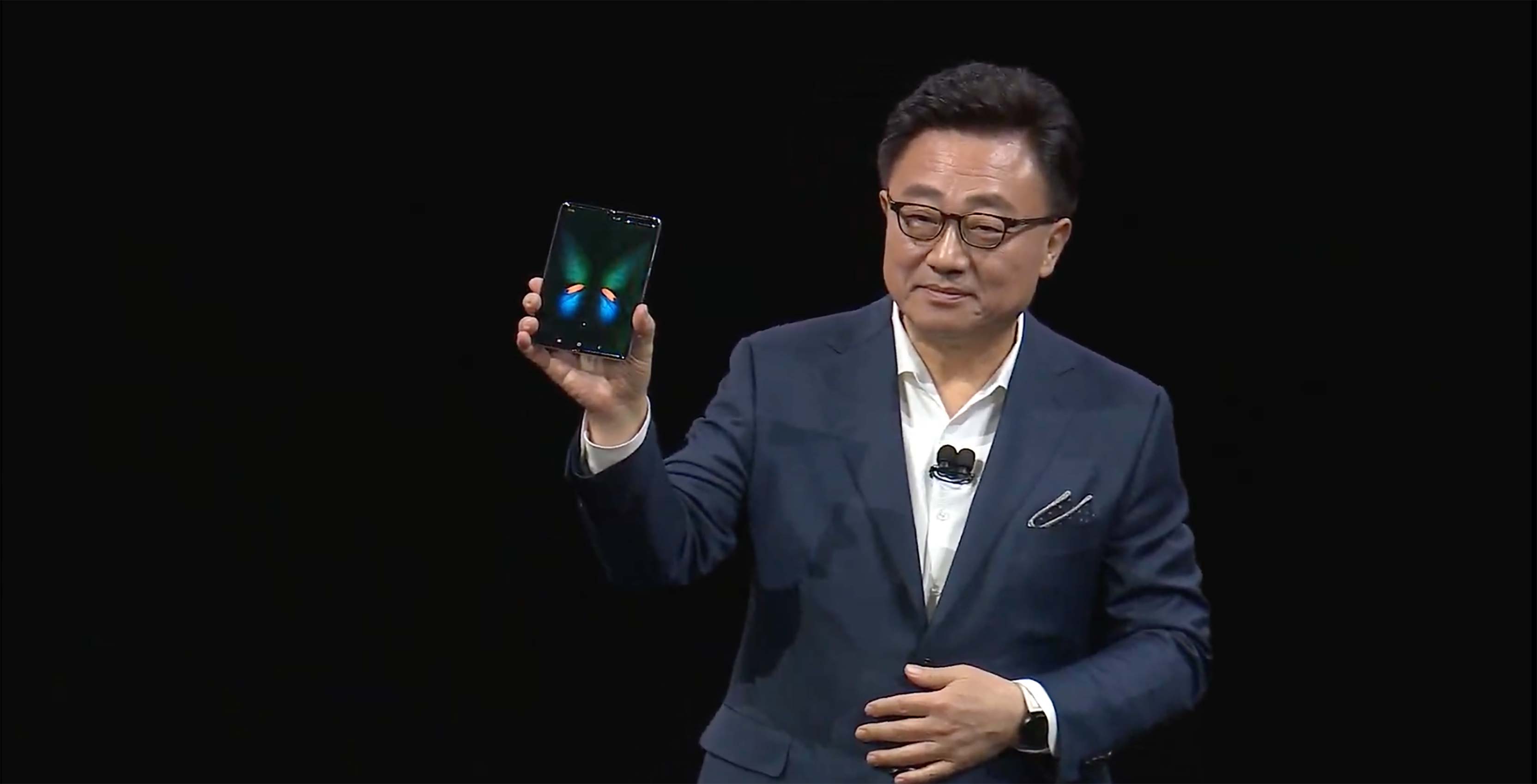 At its Unpacked event in San Fransisco on Wednesday, Samsung revealed the Galaxy Fold.

The phone also comes in four colours and features 512GB of storage, 12GB of RAM, a 4,380mAh battery, side-facing fingerprint scanner, a total of six cameras and app continuity, allowing users to open one app on the cover display and continue where they left off on the interior screen, or vice versa.

The phone costs $1980 USD ($2,607), though Canadian specific pricing or availability hasn’t been announced yet.

While the handset looks fascinating, with two displays, a large 4,380mAh battery and six cameras, is that price feasible especially for such a thick and odd-looking device?

Let us know if you’re interested in the Galaxy Fold, and if you’d get it if it was $1,000 cheaper, or if you’re not ready for a foldable phone.