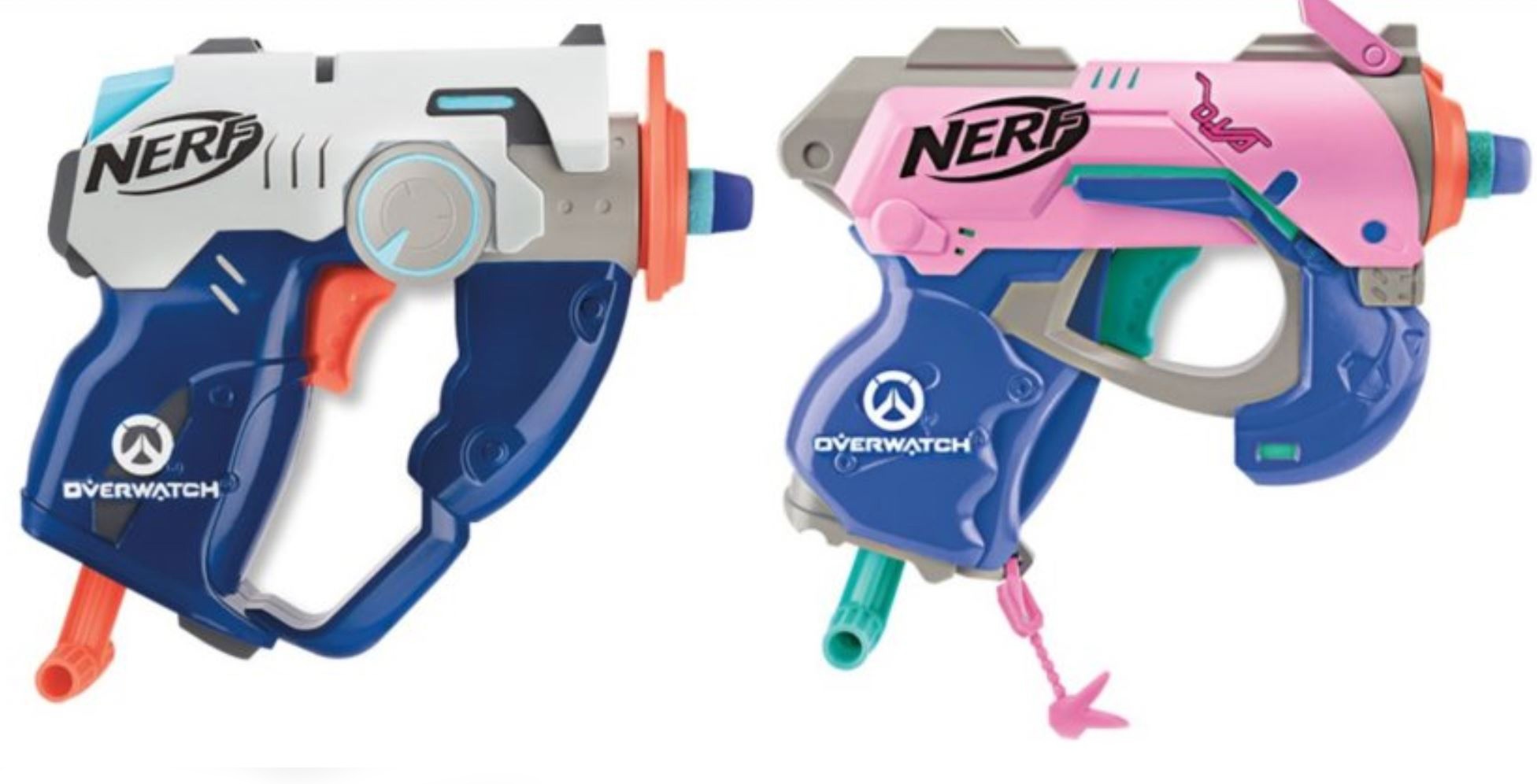 The guns are from Overwatch characters such as D.Va, McCree and Reaper.

All of the Nerf guns are available at different prices. Nerf Overwatch Microshots costs $12.99 CAD and these guns represent characters such as D.Va, Soldier 76 and Torbjorn.

Alongside the Microshot blaster, D.Va has her own Nerf Rival Blaster priced at $39.99. McCree’s Nerf Rival revolver oddly enough doesn’t seem like it belongs to any specific skin. This Nerf gun costs $54.99.

Lastly, Reaper Nerf guns are toy replica shotguns for the character’s Wight Skin. This pair of Nerf guns are an EB Games exclusive that costs $179.99.

These Nerf blasters are available starting January 11th but those interested can pre-order the blasters starting today.