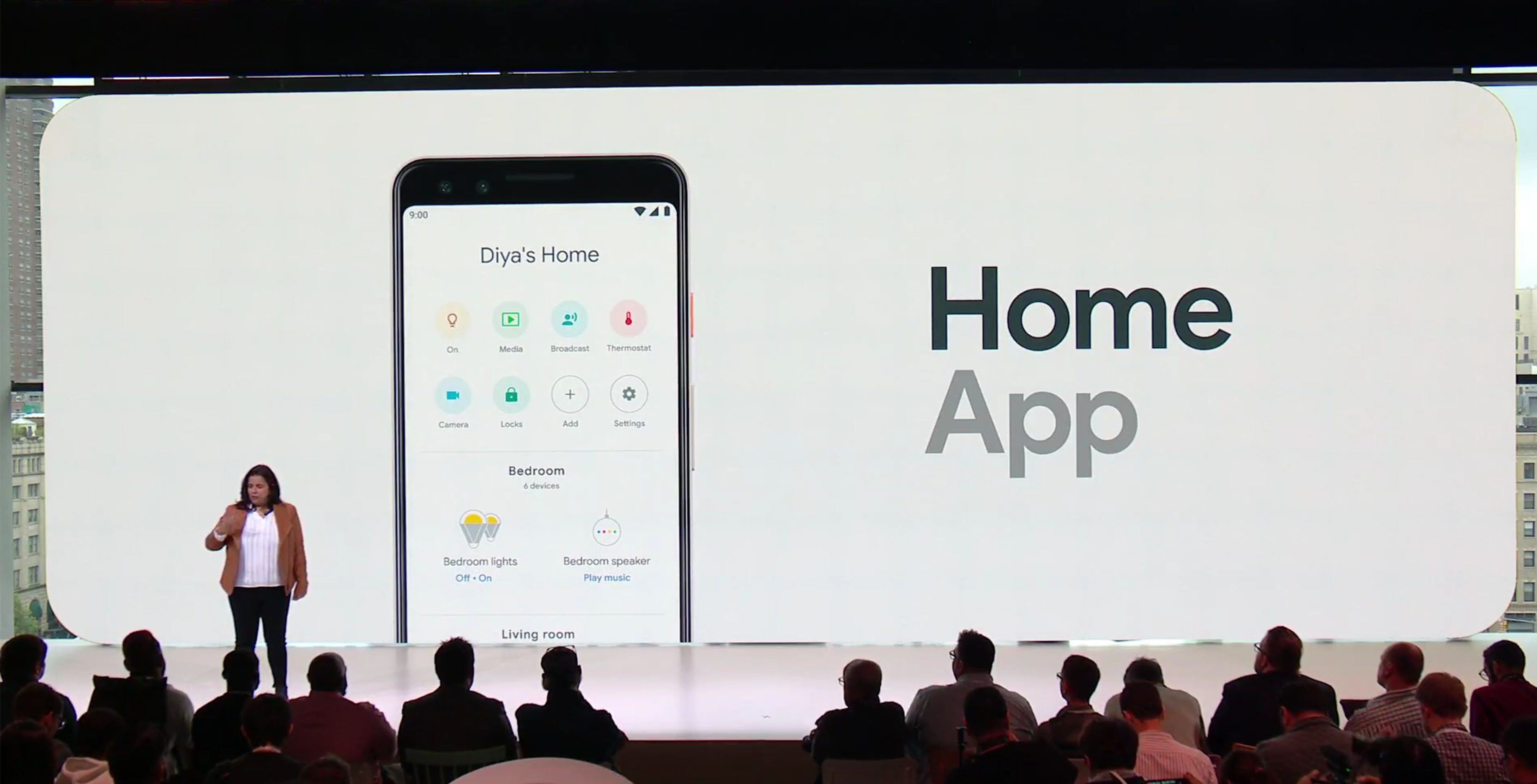 Google has already updated its Home app several times over the past year, but it looks like the search giant is squeezing one more update in before the end of 2018.

The latest update brings the app up to version 2.8 and adds in a handful of features like a ‘Routine’ trigger and the ability to deep-link into other apps to help setup smart home products.

The Routine trigger allows users to start using a premade Routine without having to say anything. When you tap the button, it lets you choose what Routine you want to activate and on what device. The trigger is situated at the top of the Home app beside the other quick toggles like lights on and off or the ‘Broadcast’ button.

Deep-linking into partner apps has been added in the latest update. It should make setting up a smart home device a lot easier. This means that users can hop right into the section of a third-party app that they need from the Google Home app. Notably, users with Nest branded cameras can now click on a camera button to view the camera’s feed in the Nest app, reports Android Police.

The Google Home Hub and other Google Home smart displays default to being a digital picture frame when users aren’t talking to it. When Google unveiled the Home Hub at its hardware event this fall, it mentioned that the hub would filter out blurry photos and now it’s taking that that a step further by filtering out inappropriate images too, according to the teardown reported on by 9to5Google.

Finally, Google appears to be adding a toggle to the Home app that will give users more control over what devices make use of the Pretty Please feature, according to 9to5Google. The feature nudges users to use more polite language when talking to Google Assistant.

In MobileSyrup’s tests, this feature wasn’t live yet, so it’s possible that it’s coming to the app in a future update.

Since this is just a teardown, this version of the app isn’t live for everyone in the Goole Play Store or App Store yet, but it should be rolling out soon. Android users can download the APK here.