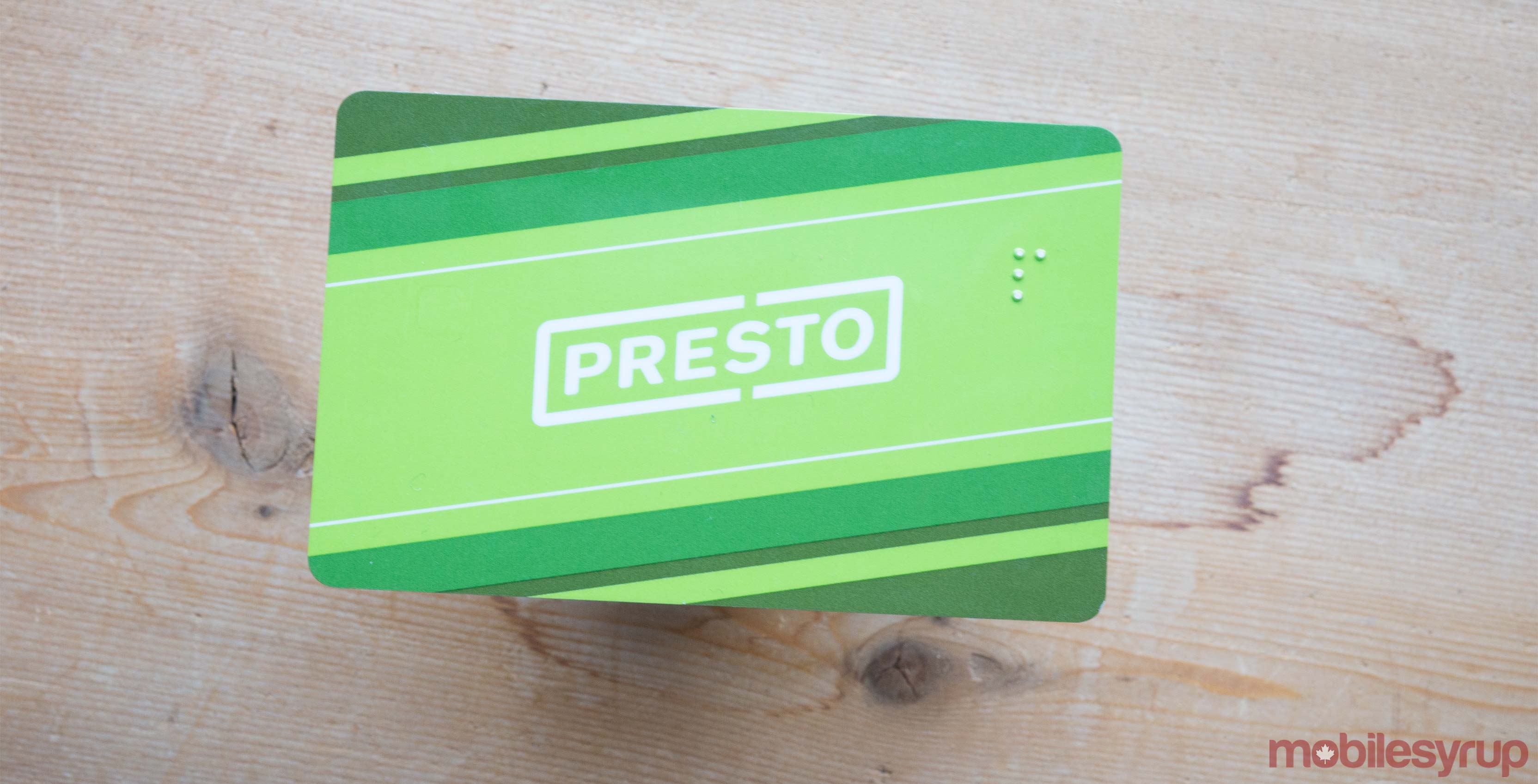 Toronto commuters won’t be able to use debit or credit cards from the Fares and Transfer Machines on low floor streetcars as of December 20th, 2018.

According to a tweet from TTC Customer Service on December 3rd, 2018, the cards “were causing the machines to be unreliable.”

“Customers are encouraged to switch to Presto or pay their fare by cash, ticket or token,” the tweet said.

Between now and Dec20, the debit/credit payment options are being removed from the Fares and Transfers Machines on our low floor streetcars as they were causing the machines to be unreliable. Customers are encouraged to switch to PRESTO or pay their fare by cash, ticket or token.

Back in April, a Metrolink spokesperson told MobileSyrup that the first phase of a Presto mobile app will be released by the end of 2018. Metrolinx is the Ontario-based public transit Crown agency.

Regarding iPhone users, Apple added additional functionality to its NFC chip with iOS 12 that allows the phone to open doors, hotel rooms and even cars.

That new functionality could also allow riders also validate trips with NFC, similar to the functionality that Metrolinx says is eventually coming to Presto’s Android app.

However, there is no indication from Metrolinx as to when this feature will come to the iPhone.

Clarification 5/12/2018 9:47AM: A previous version of the article made it seem that the function would be disabled until December 20th, 2018, when in fact the TTC is working to remove the function and will no longer operate as of that date.